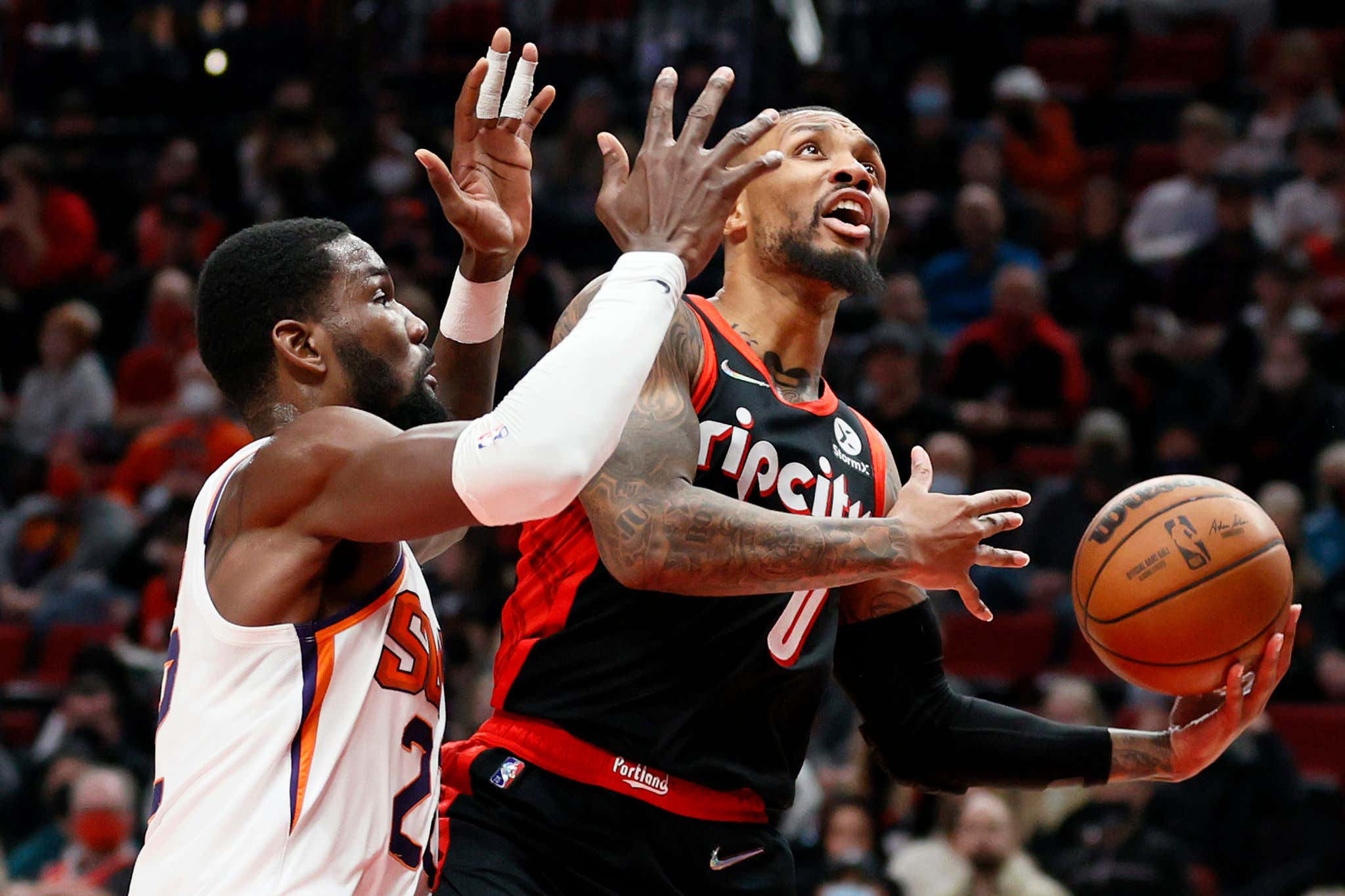 At this point of the day, I'm looking for anything and everything to keep my brain busy as I wait for the Celts Game 4. One tried and true method to achieve such a thing is to dive headfirst into the latest NBA internet rumor. A logical brain will remind you that a lot of what we hear and read over the next handful of months until free agency is mostly leverage plays. But every once in a while we get a little nugget from people who are plugged in and it makes you stop and think for a second.

That is the case when it comes to this latest buzz around Deandre Ayton and the Blazers.

“I think they’ll be among the teams that at least have a conversation internally about Ayton if Ayton becomes available,” Lowe said.

Sounds innocent enough right? It's not like Zach Lowe is in the hot take business, so my guess is this comment is somewhat informed. You have to remember the situation the Suns currently find themselves in when it comes to Ayton. He wanted the max extension in the offseason, they said keep dreaming. He then had a good year, but things obviously deteriorated to the point where he refused to come back into a playoff game. Monty Williams seems done with him. Ayton's agent just came out the other day and talked about how disappointed they were they didn't get a max deal. The writing is essentially on the wall, so the Suns now have a choice.

What comes next is the Suns offering Ayton the $16.4M qualifying offer this summer. That's business as usual for pretty much any rookie who did not get that early extension. You offer it, the player turns it down, and he becomes a RFA. We've almost never seen a player decide to play on his qualifying offer so he can become an UFA the next year. It makes no sense to do that and risk injury, and it especially does not make sense for someone like Ayton, who is going to have a market in restricted free agency. The risk here is that if there's a team out there that feels like tossing Ayton a max offer sheet, the Suns either match or he walks for nothing (if they can't agree to some sort of sign & trade). I can't imagine that if the Suns weren't down to give Ayton a max last summer, they aren't suddenly going to be interested paying in matching that type of offer sheet.

Which brings to me to Blazers smoke. They have an issue themselves at the center position. Jusuf Nurkic is slated to be an UFA this summer. You don't even have to look at what their big man depth looks like at the moment, chances are you've never heard of any of those guys. It's absolutely a position of need, really even outside of what Nurkic does. From a strictly financial standpoint, the Blazers can come to the table with that max offer sheet if they so choose. They don't get any relief if some of their expiring come off the books since they are already over the cap, but as it stands now they can figure the money part out.

From a talent perspective, Ayton obviously helps. He's young, there may be some attitude issues, but sometimes a change in scenery takes care of that. You could make the argument that Ayton would be the most talented big that Dame would have played with since LaMarcus Alridge was in town. If all it takes is money, why not? There's also one GIGANTIC thing to factor in as well.

If Dame wants it, you do it. Seeing as how this is currently in Dame's likes

something tells me he'd be on board with a move like this. Maybe it ends up being a larger trade of some sort involving the #7 pick, who knows. But just add it all up. There were rumors about this a few weeks ago, Dame likes that tweet, and now Zach Lowe is talking about it. That's……interesting, and probably not an accident.

From the Suns side, they'll have their options. It's not like the Blazers will be the only team looking to get into the Deandre Ayton business this summer. I imagine James Jones is going to use that to his advantage. There are plenty of teams they can entertain sigh & trade options with, even if those teams don't have the available cap space to outright offer him in free agency. But from the Blazers side, if you have to overspend to bring Dame a player like Ayton, I think you have to do it. Who is really going there in unrestricted free agency that moves the needle? Like I said, if you have to use the 7th pick in some sort of larger trade, you do it without hesitation. If it can be done by just offering Ayton a shit tonof money, you do it. The goal is to keep Dame happy while also bringing in young talent that still has room to grow.

While it's a little concerning that the Suns weren't interested, at the same time they did pay Bridges and their owner is cheap as shit. There's also the postseason issues that probably don't help his case. But sometimes one team's trash can be another team's treasure, and it wouldn't shock me if that ends up happening with Ayton, wherever he ends up if it's not with the Suns.