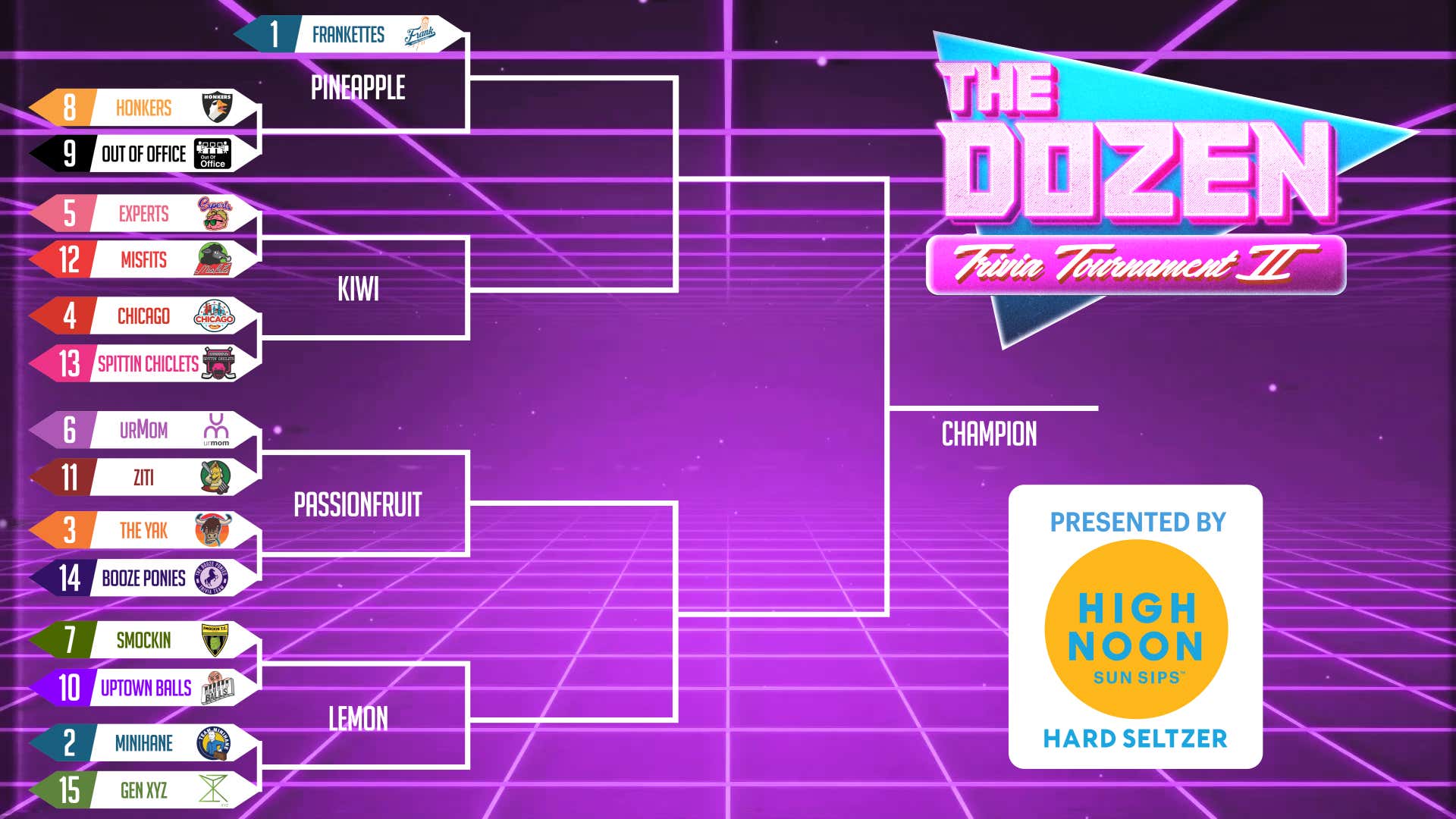 The Dozen: Trivia Tournament II presented by High Noon is finally here! The first matches kick off tonight starting at 7|6c, with the matches airing back-to-back. With the first round on deck, we enlisted one of our producers, Tyler Goochman, to break down the matchups by the numbers and why each team may win, or lose. Enjoy! Why the Big Screamin’ Honkers will win: They are the reigning champions with big game experience; Coley is one of the best team captains who knows when to defer to his teammates and rely on them in their specialties while also putting up a ton of points on his own.

Why Out of Office will win: Castellani is the second highest scorer in the league and Reags was the top scorer in last year’s tourney, either one can take over a game on their own.

Why the Big Screamin’ Honkers will lose: Plain and simple, they are coming off four straight losses, two of which were to teams outside the Top 10, and currently just feel like they are missing something.

Why Out of Office will lose: Only 1–1–1 since the addition of Reags and they play like two individuals going hero ball mode rather than an actual team with cohesion. Why Team Chicago will win: Considering they were the top ranked team for over four months and have wins over six of the Top 10 ranked teams, Chicago’s experience should carry them over a much less battle tested Chiclets team.

Why Spittin Chiclets will win: It is a small sample size, but RA has put up a lot of points this season and is elite in Television and Movies, if the Chiclets can sweep those categories along with Hockey, the game can come down to the Bonus Round.

Why Team Chicago will lose: The Chiclets have never scored less than 9 points in a game, and Chicago is not a high scoring team themselves; if they fuck around, the game can fall out of hand quickly.

Why Spittin Chiclets will lose: They have never beaten a team currently ranked outside of the Top 10 other than The Experts, so history says to bet against them.

--
The Dozen: Trivia Tournament II presented by High Noon airs starting May 23rd, with doubleheaders Monday through Thursday starting at 7|6c, and lasting through June 2nd!