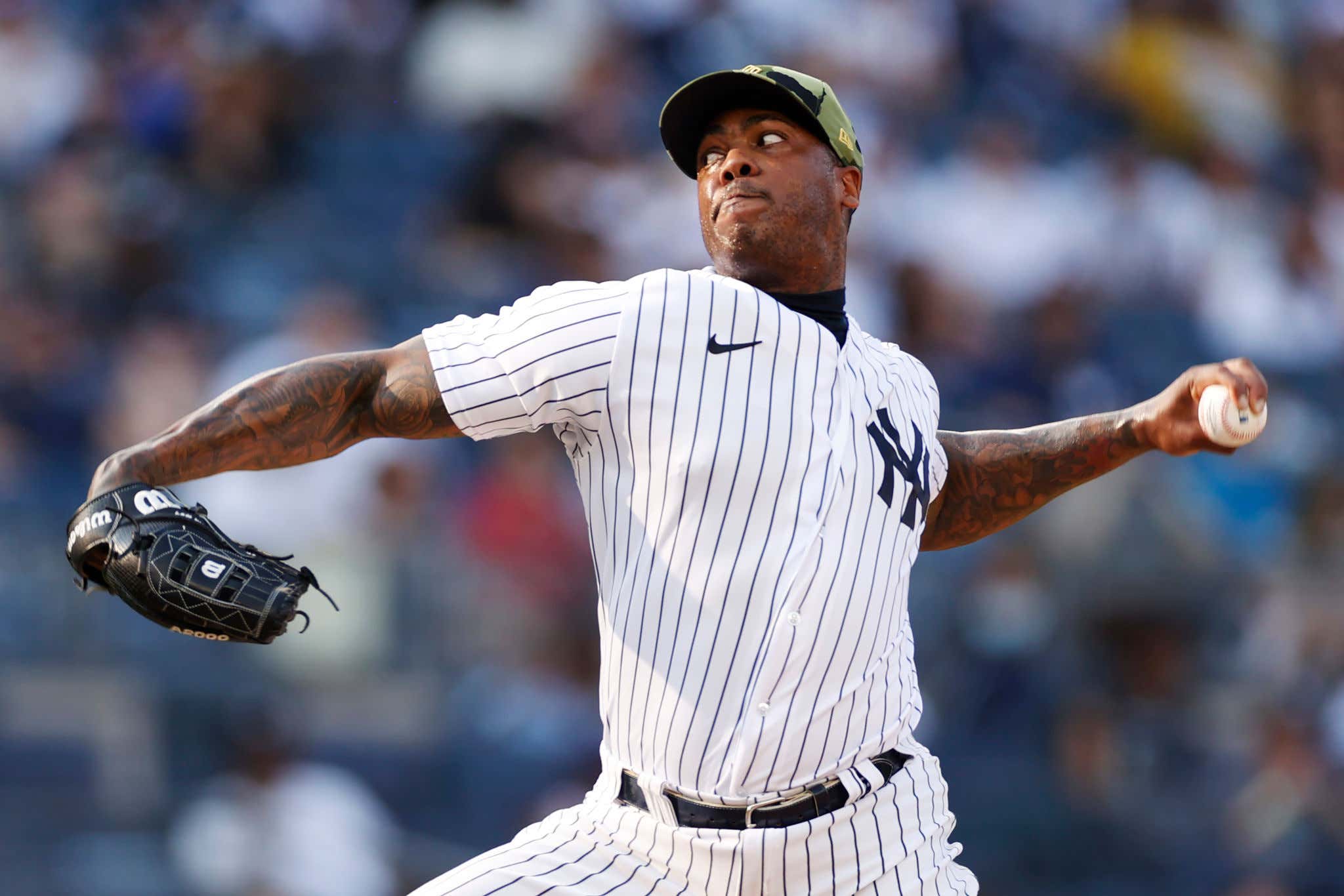 Not the best weekend for the Yankees in the Bronx as the White Sox took two of three and shutdown their offense in both games of the doubleheader on Sunday. This team isn't going to win every game and their bats will have moments where they forget how to hit. Tip of the cap to Kopech yesterday, he was virtually unhittable. Took the season series from them and you move onto the O's tonight.

There are four areas this team is vulnerable at: CF, SS, C and now with the recent developments, the bullpen. For the sake of the blog, we're going to focus on the pen, specifically Aroldis Chapman.

As far as I'm concerned the days of Aroldis Chapman getting game-saving outs on a consistent basis are over. That sentiment needs to be echoed to Aaron Boone.

Here's a quick glance at Chapman's analytics this year. 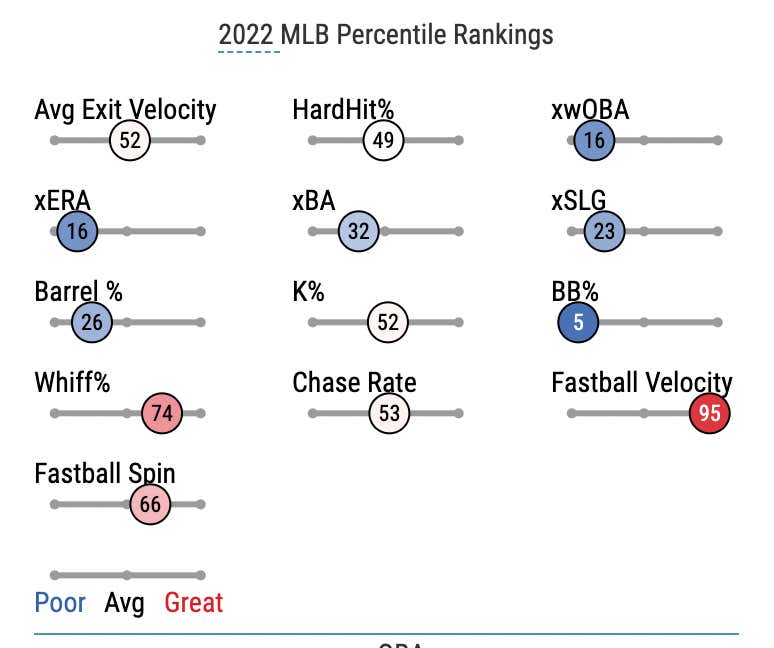 For comparisons sake, let's show what they looked like in 2019. 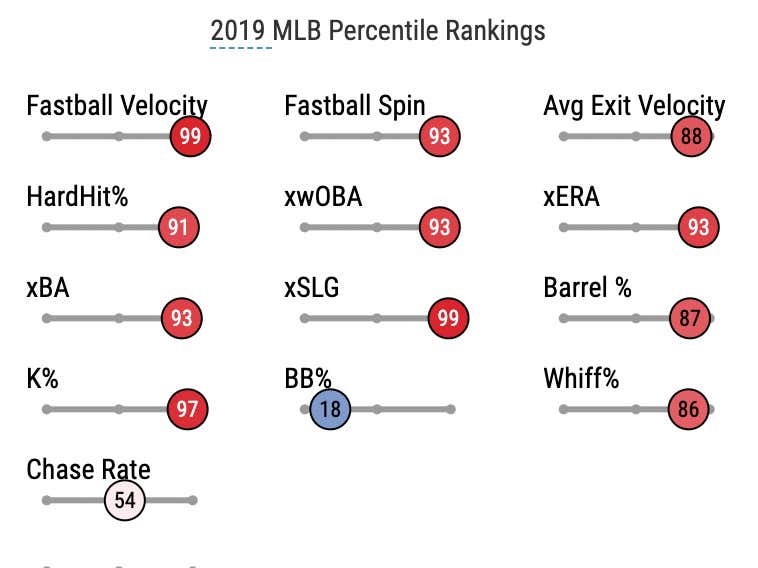 Chapman is 34 years old and clearly experiencing some legitimate regression here. He did his best to prolong father time with the addition of a new pitch in the splitter. It bought him some time, but parlay getting older with the post-sticky substance era and you get this. We like to talk about Cole's post-sticky stuff impact, but Chapman's might be worse. Post sticky enforcement last season we're talking a 5.40 ERA in 33.1 IP, with opponents posting a .828 OPS. Not exactly elite.

Aroldis Chapman should not be getting high leverage spots of baseball games anymore. I understand Chapman goes through these lulls every season and it's on us to remain calm during the storm, but the numbers show this is worse than ever.

After giving up the two runs to lose the early game yesterday, Boone came out and said Chapman is dealing with an achilles injury.

First of all, why the hell is he pitching in a tie ball game if this is a known issue??? I think Boone has done a great job so far this year, but that move makes absolutely zero sense given how bad Chapman has looked lately. I'm no doctor, but the achilles seems like a vital body part to have feeling good in order to pitch at a high level. While that seems to be a factor in the numbers, I think when you consider the 2nd half of last year it's clear he's not the same pitcher even when healthy.

Moving forward it's painfully obvious Clay Holmes needs to be the team's closer. I understand to a degree that the closer role is in a way becoming obsolete and you need your best guys getting the biggest outs, regardless what inning they occur. The good news is you have a weapon x pitcher in Michael King to handle that role. Insert him in whatever situation you need and he'll put out the fire. Clay Holmes needs to close games. He possesses one of the best ground ball rates in the game and invokes a calmness to fans that Chapman never could. Let's take a glance at Clay's analytics in 2022. 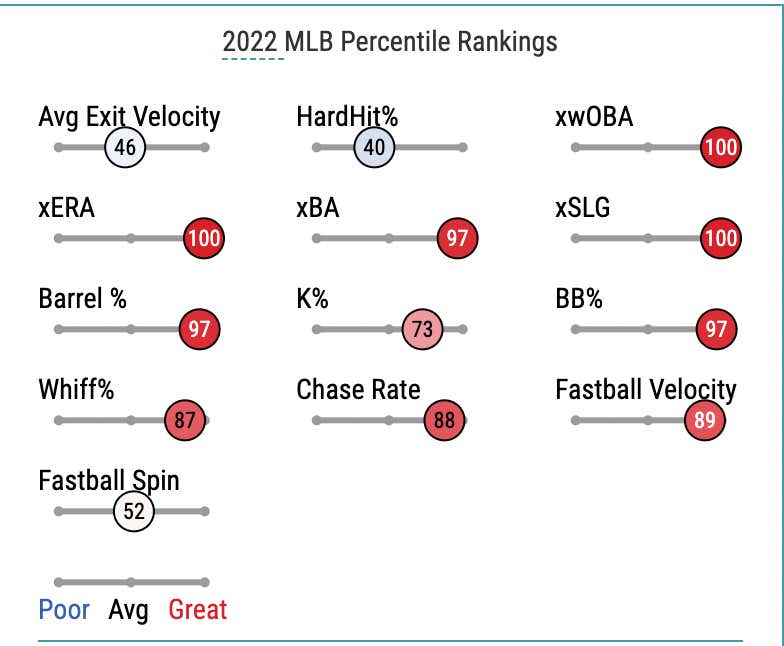 We call that elite. On Saturday Holmes came in for a four out save and never once, despite a man being on base, did you feel like things were about to go sideways. With Chapman that horribly feeling sets in the moment a runner touches first. Clay has been unreal since joining the team last year and it's time he gets his biggest promotion yet.

As for Chapman. I think an IL stint, whether it's necessary physically or not, is the next move. When he comes back you figure it out from there, but that closer role is not his anymore. The Yankees are going to need to go get another reliever at some point here with Chad Green out for the year. Cashman has always been excellent at finding bullpen arms out of nowhere. He also has multiple options in the farm to come in and give you innings. Clarke Schmidt is literally on the roster and they choose to not pitch him in games for some reason. Start doing that! JP Sears has already been up this year and will be back in no time. There are also two names not on the 40 man in Ken Waldichuk and Hayden Wesneski who if promoted would ease a lot of concerns. Both of those guys are filthy and rank in the top 10 of the organization's system. They would involve roster moves and that can happen with trades coming up here, so be on the look out.

TLDR; stop putting Aroldis Chapman in big spots if you're serious about winning a championship.