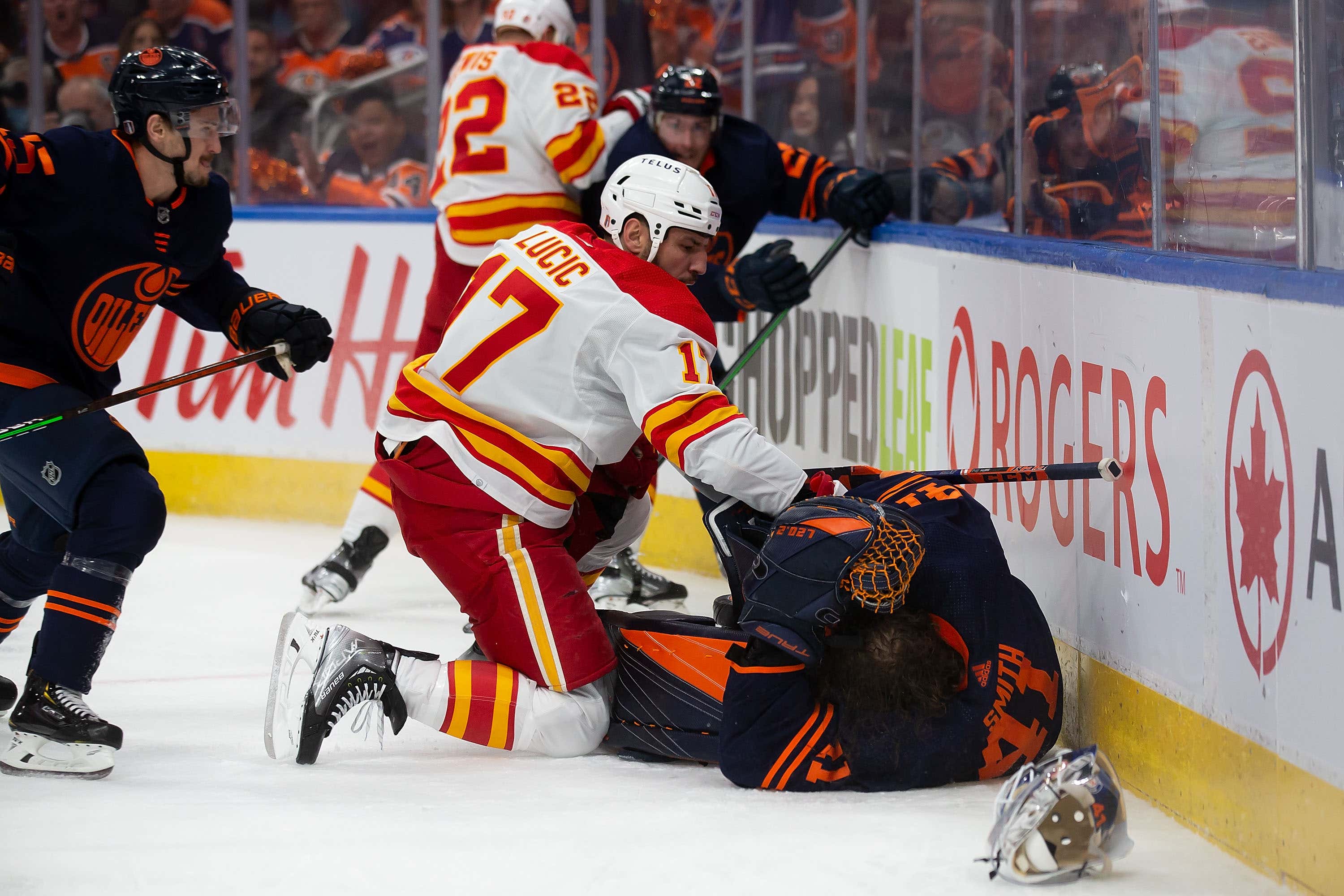 Genuine question here--what is the point of the crease? Is it not supposed to be a little safe space for goalies to not get hit? If you want to go ahead and make the rule that you can't make any contact with the goalie while he's in the crease, then so be it. That's their space and they are entitled to it.

But in what world should Mike Smith not be allowed to get bundled here?

I mean it's not even like Mike Smith came out of his net to quickly make a play on the puck. He came out of the net, stick handled a bit, tried to roll away while still possessing the puck. At what point does Mike Smith go from a goalie to a puck carrier in this situation?

And from that angle it's clear as day that Lucic tried to pull up on that hit. He's down 4-0 in the 3rd period of an overtime game so it's not like he's just going to coast after the puck. Obviously he was going to be moving. But that's on Mike Smith for not getting rid of the puck sooner. And when you compare the let up on that Lucic hit to the Barbashev hit on Girard in the St Louis/Colorado series?

Lucic could have killed the guy. But he didn't. Barbashev didn't receive a penalty for his hit on Girard. Lucic got 5 and a game for his hit on Mike Smith. One sure as shit looked more reckless and violent than the other, and it was the one where the one player ended up with a broken sternum.

Long story short, if a goalie wants to come out of the crease to make a play on the puck then they should absolutely do so. At the same time, they should be allowed to get buried the same way as any other puck carrier would in that position. It's 2022, for pete's sakes. Equal rights. Equal fights.

P.S. - Great call by the ref here. That's way too much paperwork for him to deal with. Just assess a blanket penalty to "everybody else in the box" and move on with your night.