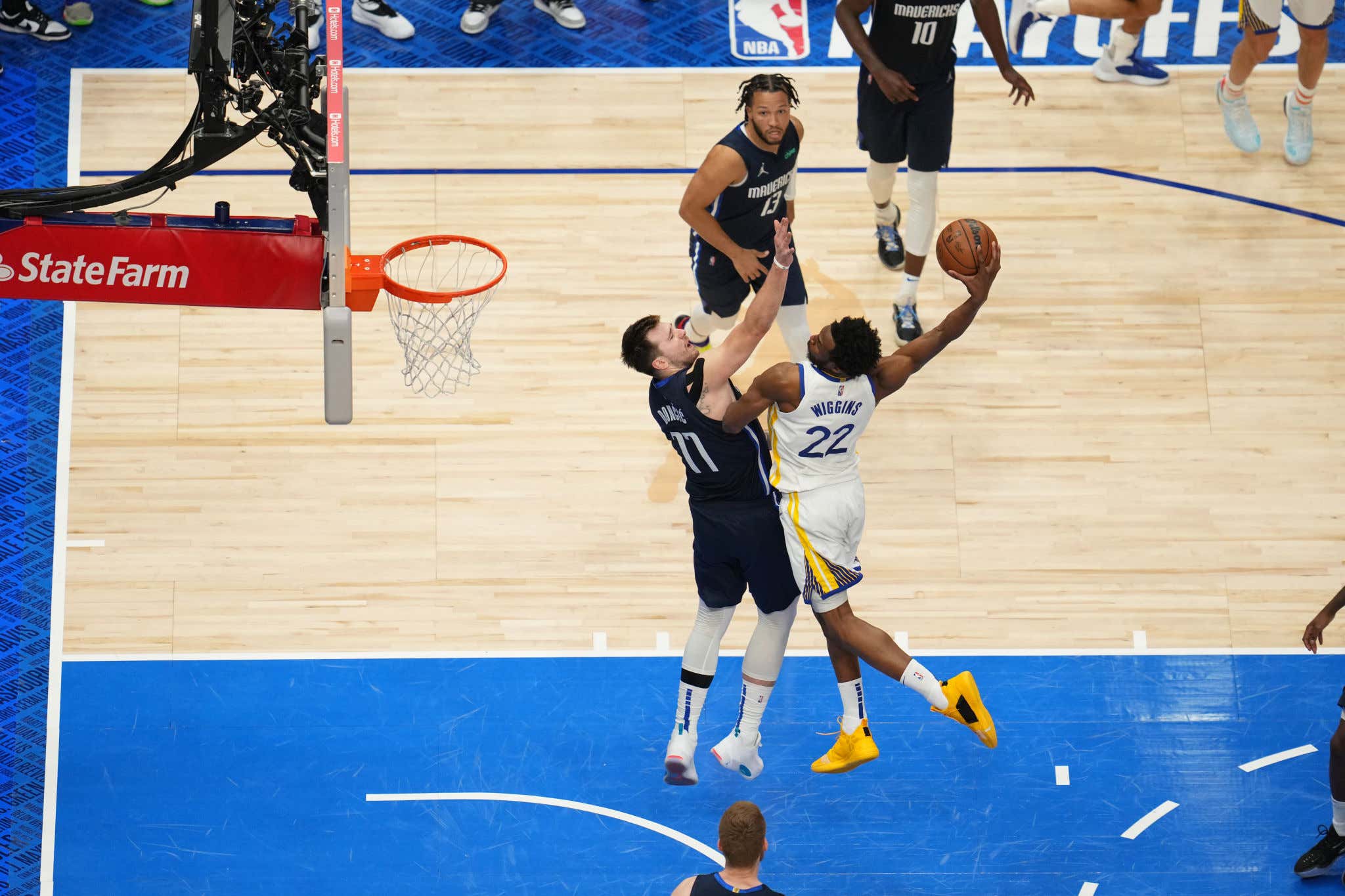 Once a team takes a 3-0 lead in an NBA playoff series, that's a wrap. No one's ever recovered. And Luka Doncic, for all his greatness and how admirably he's done carrying the Dallas Mavericks to the Conference Finals, may take the whole offseason to recover from this VICIOUS slam dunk by Andrew Wiggins.

Wiggins' emphatic throwdown all but clinched yet another win for the Golden State Warriors. The team of referees had the audacity to call an offensive foul initially. That would've been the officiating equivalent of a felony. Warriors coach Steve Kerr had the wherewithal to challenge the call, which was overturned.

We almost had an Anthony Edwards situation on our hands.

Funnily enough, the Minnesota Timberwolves is the franchise where Wiggins' NBA journey began as a No. 1 overall pick. Although he's never lived up to his gaudy draft billing, Wiggins has found a legitimate home with the Warriors. He was a first-time All-Star this season and is shining in the playoffs. He wound up with 27 points and 11 rebounds in Game 3's 109-100 victory.

This play is merely a reminder of why Wiggins was considered such a phenomenal talent after his one-and-done college stint at Kansas. Now he seems to be putting it all together and may soon be a key cog in another Golden State championship run.