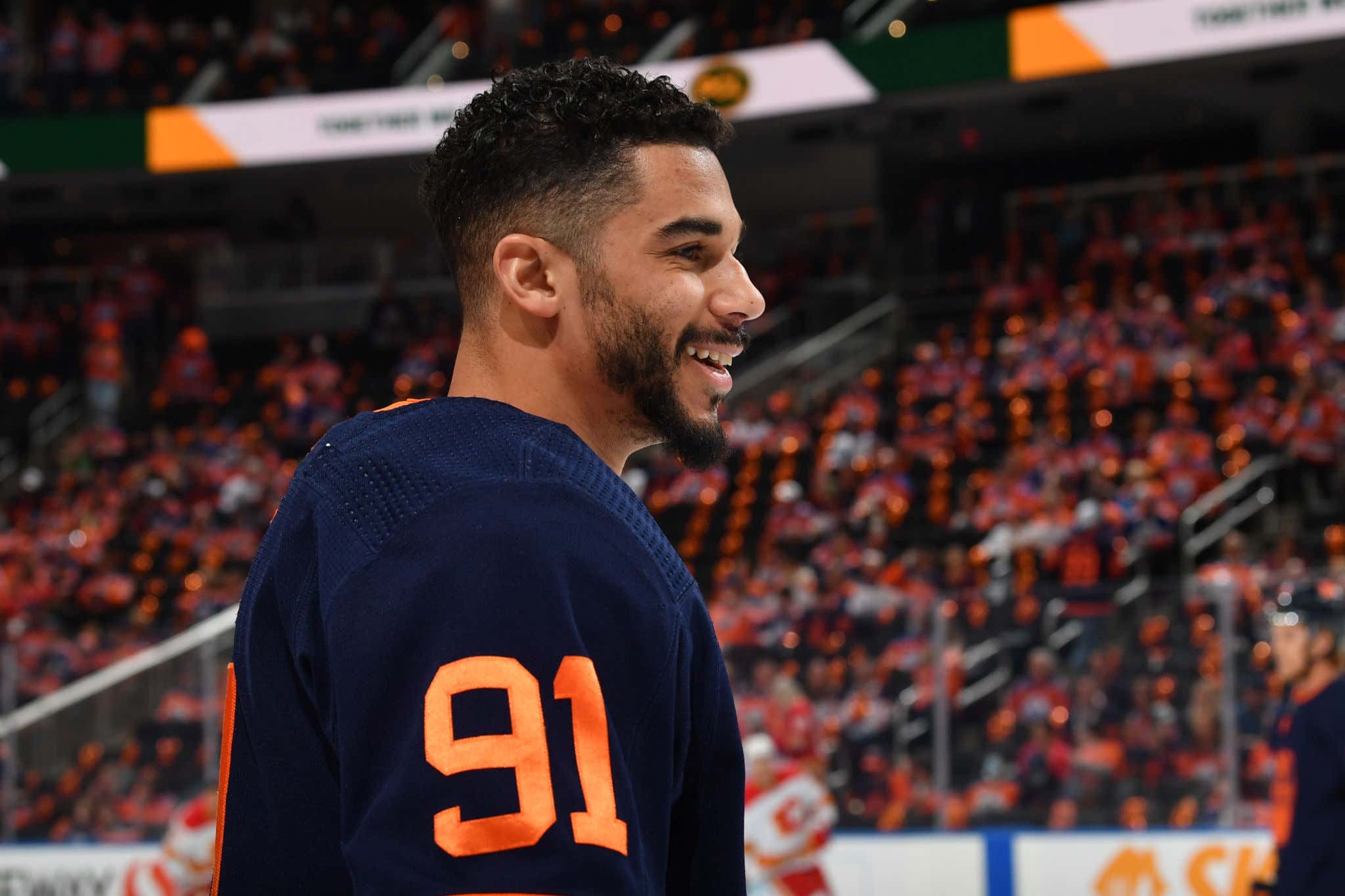 Well, the Edmonton Oilers decided to take a one-year flier on him in January after he was suspended for the first 21 games of the 2021-22 campaign (for said fake vaccine card), and let's just say it's working out. The classic example of "you don't need a locker room full of boy scouts" paradigm. Not saying I agree with it. It happens to be working for Edmonton in this instance.

Game 3, conference semifinals against the arch-rival Calgary Flames. Series tied 1-1. Sharing a line with all-world superstars Connor McDavid and Leon Draisaitl. With that duo attracting so much attention, Kane is absolutely feasting on the Flames in the latest Battle of Alberta showdown.

Draisaitl had a sick feed right to the doorstep, where Kane finished it off with a nifty shot past Calgary goaltender Jacob Markstrom:

McDavid set the next one up after putting the puck BETWEEN HIS LEGS as he skated across the blue line, and Draisaitl even made a great play in his own right just to start the attack:

To cap off the hat trick, it was McDavid again setting up Kane as he streaked down the ice, fresh out of the penalty box, and dragged the puck to his backhand to beat Markstrom and push the Oilers' lead to 4-0:

Get all the jokes off about Kane betting on himself to score tonight, or to hit all his over props. Whatever. Go crazy. As far as non-hockey stuff is concerned, this dude fucking sucks. Hell, he's been an asshat to officials more times than anyone can care to count. Thing is, he had a very notable achievement that needed to be covered, so here we are.

I give more credit to McDavid and Draisaitl for spearheading every play, in part because, well, fuck Evander Kane.