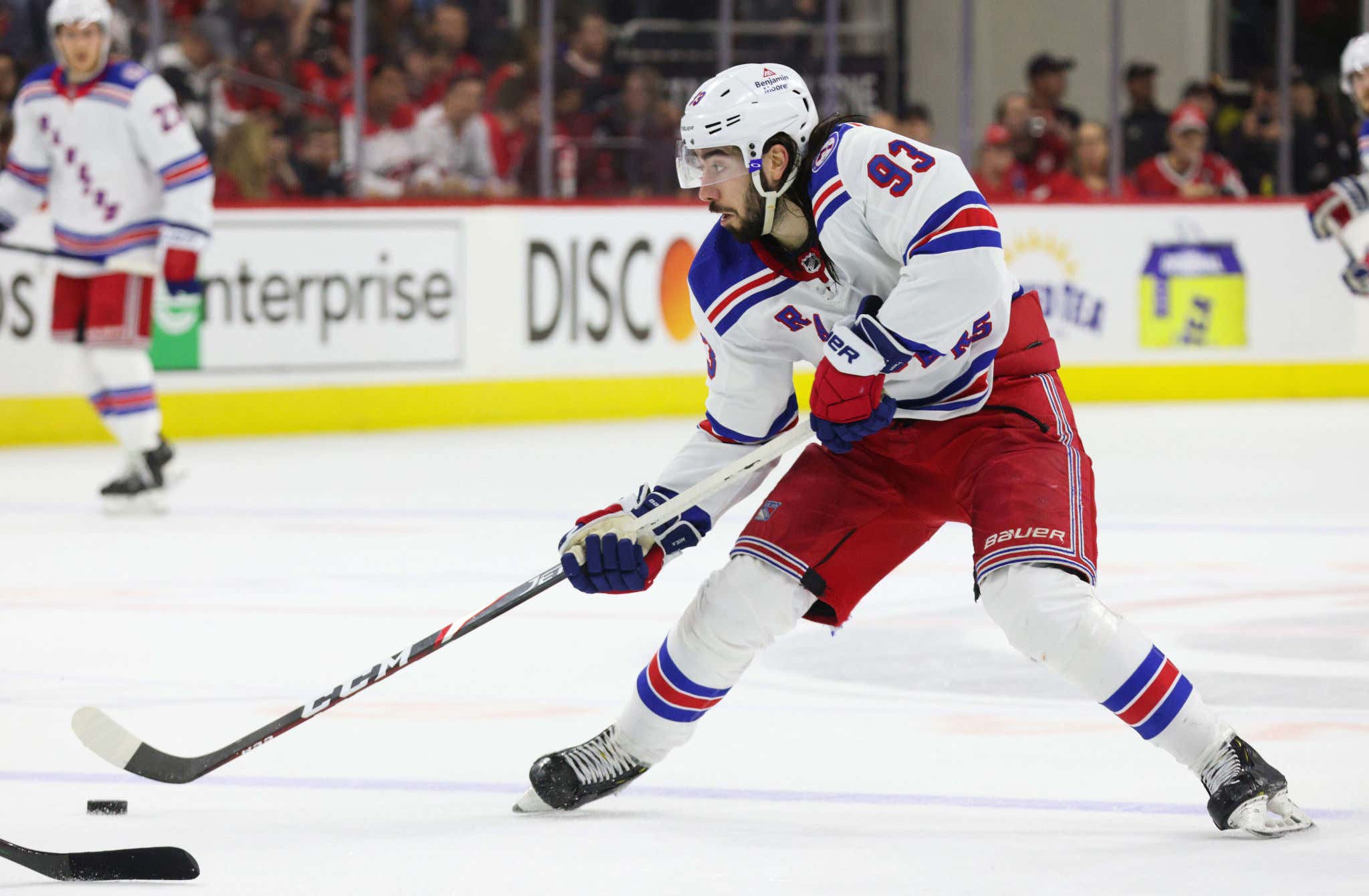 A missed empty net in Game 1 & a shot into a defender's calf with his back turned in Game 2 may very well be the difference between the Rangers 0-2 hole and stealing a road tilt. Regardless, they're here now under their favorite circumstances. Adversity. They thrived in this scenario against the Penguins and we're about to see if the Blueshirts can do it again. If they are, their leaders must lead the way.

Panarin, Kreider and Copp went shotless Friday night after The Kid Line produced the only goal in the series opener. Zibanejad and Panarin are both -3 so far & the Breadman - who said he'd love to "do some stupid shit" but can't - seems to be doing plenty of it with five giveaways. The Rangers highly-potent powerplay is 0-5 and ceded a shorthanded GWG. Can't get any worse offensively and, for as well as they've kept the Canes in check, it's a hockey fact that you can't win with zero.

Zibanejad woke up in a big way to close out the first round. Panarin hammered home the OT winner. Kreider had 5 goals and Fox had a point in every single game against the Pens. If the Blueshirts have any plans of making this a competitive series, these names need to start showing up on the stat sheet. Today.

Again, all Carolina did was win the games they were supposed to. Obviously if the Rangers wanna advance they're gonna have to steal a road tilt eventually - but if they don't do what they're supposed to do at MSG first, they may not get another chance.