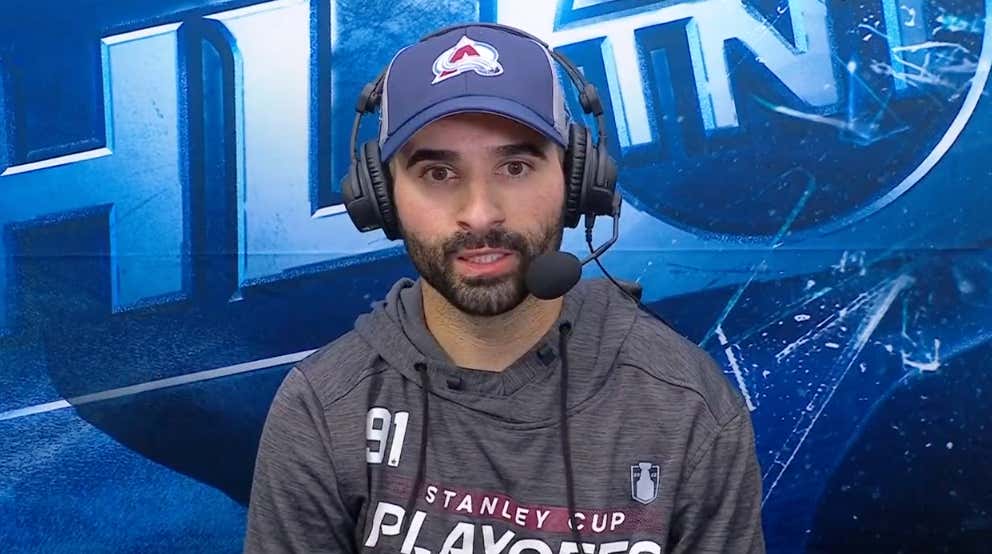 It all started earlier in the night when Jordan Binnington had to leave game 3 of the series after this collision with Kadri.

You'll hear Kadri talk about the collision in the interview but he's going after a loose puck in front of the net, runs into a Blues defenseman, and then ultimately ends up steamrolling Binnington in net. Do I think that Kadri meant to blow up Binnington like that? Of course not. Do I think maybe there's a chance he didn't try to brace his fall whatsoever because he knew who was in front of him? Maybe the slightest chance. Either way it's not like he just charged after Binnington and leveled the guy. That doesn't matter to Binnington, however, and now he's going to make it his life's mission to annoy the shit out of Kadri for the rest of his career. And he didn't waste a single moment of time getting to it.

That's just playoff hockey, baby! Bad blood all over the place. There may not have been a long and storied past of violence and hatred between the Avs and Blues before this series, but there will be from now on. You've got players breaking each other's sternums, and you've got guys throwing empty water bottles at each other while they're getting interviewed. Personally I'd take the plastic projectile over the snapped sternum, but that's just me.

By the way, I've been seeing people saying the NHL needs to address this. That Jordan Binnington needs to face some sort of punishment for his actions. And listen….I think Jordan Binnington is as much of an annoying prick as the next guy. But it's an empty plastic water bottle we're talking about here, folks. The only thing that Jordan Binnington ever had a chance of hurting with that water bottle is the environment. He should really switch to a re-usable. But Nazem Kadri was never in anything even remotely close to any sort of danger. The day you start to penalize guys for launching empty water bottles at each other is the day that playoff hockey dies. Let the boys play.