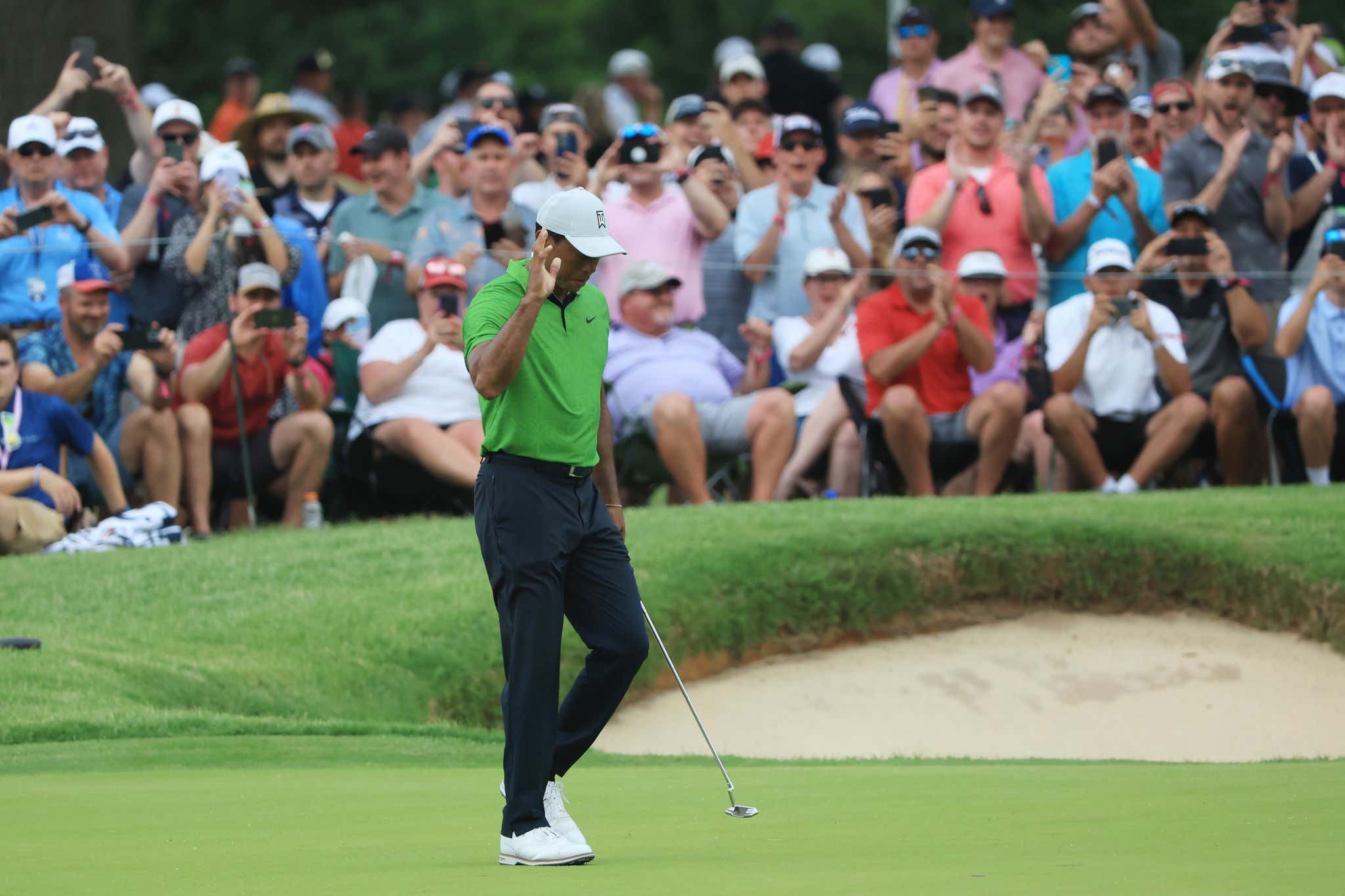 Listen, guys. I know that we have a higher standard for Tiger than simply "making the cut". Especially given all the rave reports going into the week regarding his game and the condition of his leg. But it's easy to get caught up in all of that. It's so easy to forget how far this guy has come after such a debilitating accident. Not to mention the variety of different ailments that he's incurred over his 25 year pro career that he's still dealing with.

Late in his round Thursday it looked like he was toast. He came out of the gates hot and got to -2 thru 5, but his game completely withered the rest of the round. On the 8th (his 17th of the day), he came out of his swing looking like his leg was about to give out. Our king looked crippled. We were all holding our breath wondering if a WD was on the horizon. Making the cut from +4 seemed like a longshot.

Yet here we are. Only 17% of the field shot under par in challenging conditions on Friday, and BDE was one of them. Game was sound and now we can have ourselves a nice little weekend. He's even still talking about winning the damn thing.

He's obviously going to have to go super low on both days to make that happen. With colder conditions today and what we saw over the weekend from him at Augusta, that seems pretty doubtful. But it's good sometimes to just take a moment and recognize that Tiger making the first 2 cuts of the year is a massive accomplishment in itself. I'm excited to watch him these next 2 days, for better or worse.

Let's have a weekend y'all.