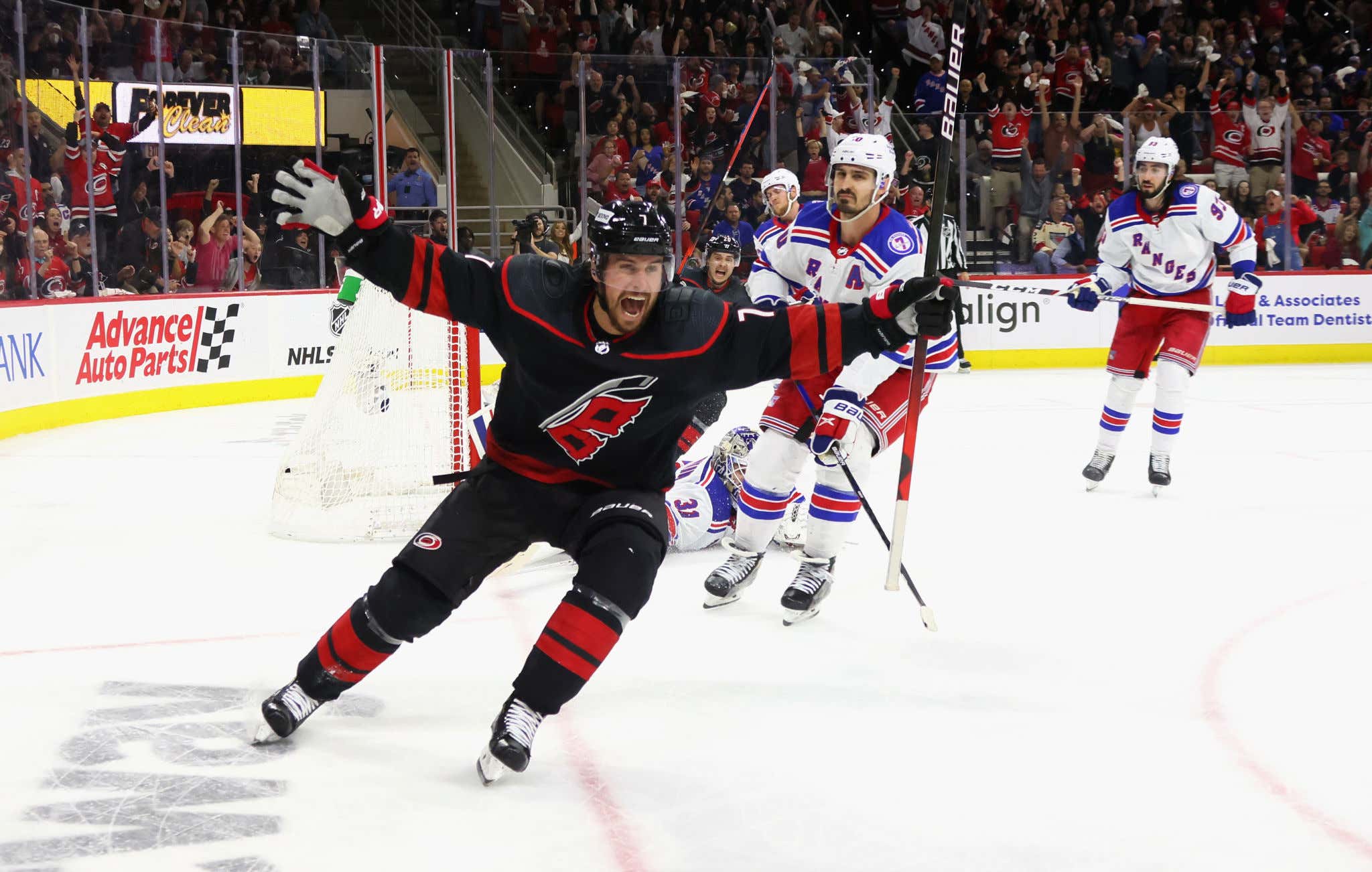 Carolina is a juggernaut at home. That's not news. Still, it feels like the Rangers really let a couple of quality opportunities to steal one slip through their fingers. Once again they played a quality road game. This was not an easy win for the Canes by any stretch. Another "milk carton" effort from the Blueshirts big dogs wasted it though. Again. 116 minutes without a goal isn't gonna beat anybody. Zibanejad didn't bring much. Kreider didn't bring anything. Panarin not only didn't bring anything either but he also had more giveaways than the entire Hurricanes squad combined - including one in the offensive zone that led to the only goal of the contest. A shorthanded odd-man finish by none other than former Ranger Brendan Smith.

This is a tight checking series. The Canes haven't generated much either with their two GWGs coming off the unlikely sticks of Cole (actually Lindgren) and Smith so it's not like NY needs to be lighting it up. But nothing? NOTHING? Four powerplays…nothing? Hell nothing would've actually been better than the -1 that decided the contest. Gallant shuffled his lines for the third period and they certainly had more urgency to them but urgency doesn't win hockey games. Goals do. There were a handful of chances early they once again didn't finish and allowed Carolina to hang around and hang around until the mistake-prone Rangers served up an opportunity they didn't miss.

Big picture, it's certainly not the end of the world. They pushed a dominant home squad to the brink twice in a row and all the Canes did was win the games they're supposed to. Now the onus is on the Blueshirts to hold serve and do the same thing. If all they're gonna get though is 0 from 93, 20, 10 etc. then that's gonna be a tall task against the Metro champs with all the momentum in the series. It's a disappointing pair of results but you gotta think we'll see better under the friendly Garden roof. Simply win the next two they're supposed to and this battle has a whole new tone.