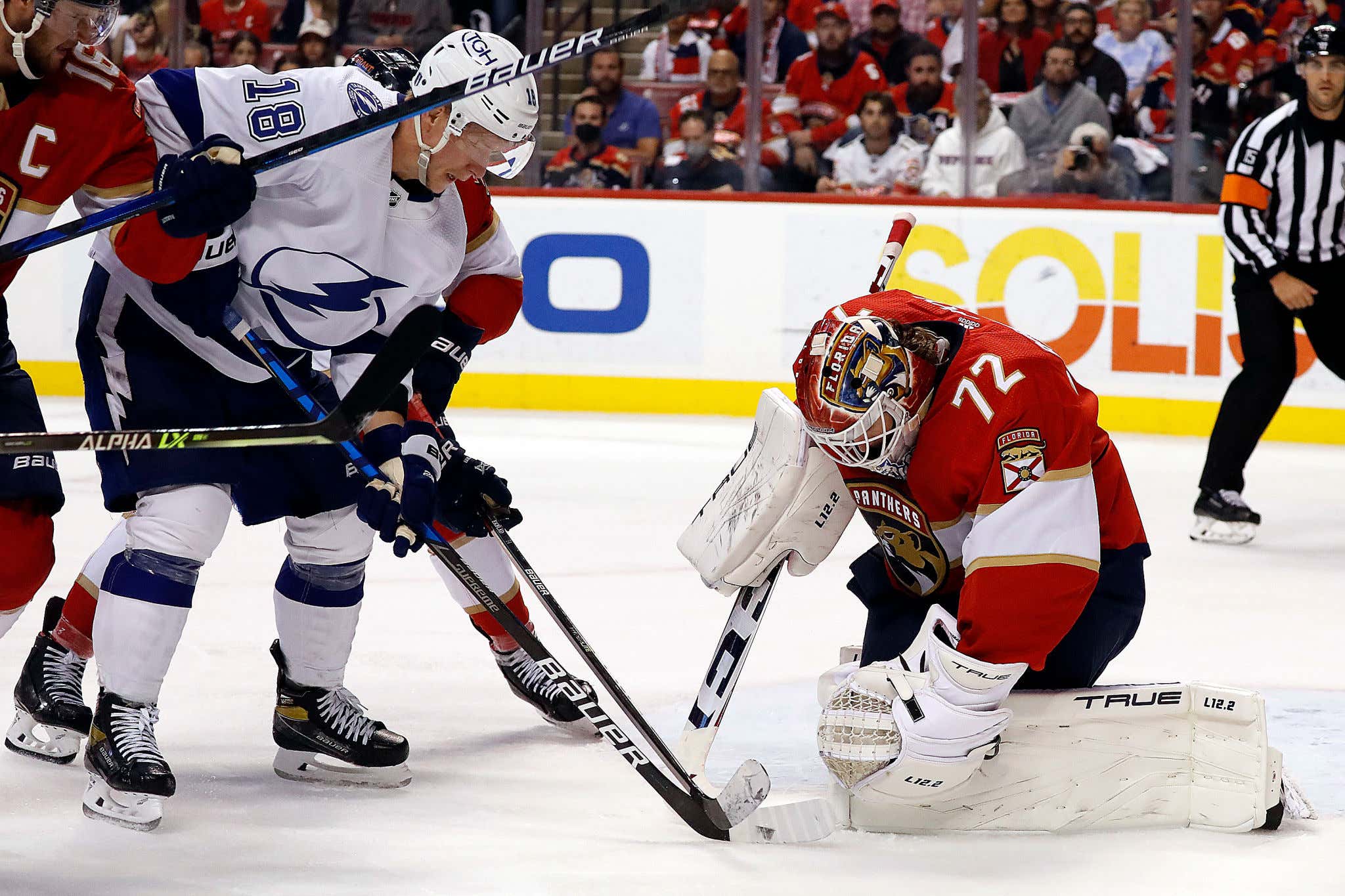 HOLY SHIT ROSS COLTON!!! Someone forgot to tell the Florida Panthers the Stanley Cup playoffs are a different sport altogether. The team that won an NHL-high 34 home games during the regular season just got big-boyed by the two-time reigning Cup champion Lightning for the second straight time at FLA Live Arena.

Anyone who was questioning Tampa's championship mettle following its initial Cup run in the midst of a COVID tournament should've shut the fuck up once the Bolts went 7-2-2 in away games last postseason. NOW, in their quest for a three-peat, the Lightning have won a Game 7 at Toronto, and just beat the league's best home team TWICE.

The Panthers did this to themselves, really. They've been abysmal on special teams since the puck dropped on the playoffs. Despite ranking in the NHL's top five on the power play with a middling penalty kill, the man advantage has been unkind to Florida.

When Corey Perry drew first blood for Tampa Bay in the opening period, it was the Bolts' fourth power play of the series. Yeah, that's how atrocious the Panthers have been when they get sent to the sin bin. Meanwhile, that No. 1 scoring offense that executed so well over the course of an 82-game grind? ZERO goals on the power play in the postseason.

In fact, Florida got a big break late when Steven Stamkos was whistled for a tripping penalty on Sam Reinhart at the 16:37 mark. Unfortunately for the hosts, a fourth power play opportunity went awry.

ZERO-FOR-TWENTY-FIVE in the playoffs on the power play. That's what the Panthers have to sit with if they bow out early after winning the Presidents' Trophy.

This team reminds me of how the Lightning used to be. Just can't get over the hump. For the second postseason in a row, it looks like Florida will fall to the Bolts with the series headed back to Tampa for the next two.