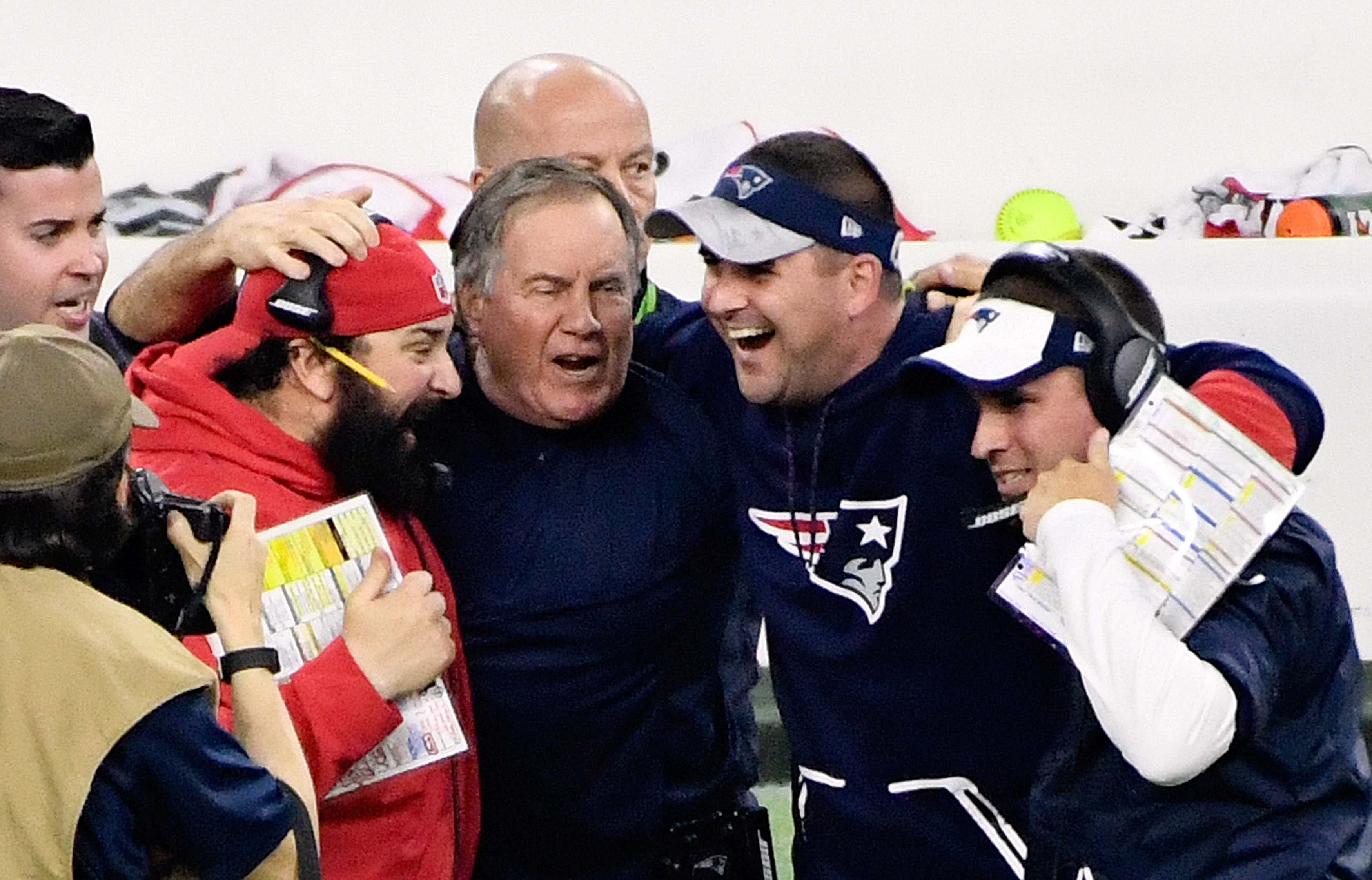 On Monday I talked about the Patriots starting rookie practices, how some of Bill Belichick's assistant coaches were made available to the press, and how none of the group of Matt Patricia, Joe Judge, Steve Belichick, and Jerod Mayo were able/willing to explain exactly what their area of responsibility would be. And because I'm actually reading the book, I riffed on Sun Tzu's The Art of War's famous admonition, "All warfare is based on deception."

"Hence, when able to attack, we must seem unable," he writes. "When using our forces, we must seem inactive. … Hold out baits to entice the enemy. Feign disorder, and crush him."

Well on Tuesday, Patricia and Judge were both made available to the press yet again. Why? What new insight might they be able to provide that they didn't bestow upon the public the day before? What did they learn about their rookies in the intervening 24 hours? What new questions could the assembled media artfully frame in a way they hadn't the first time, so that the Zoom call didn't just end up a repeat of the last conversation, like when you have a long conversation with your neighbor in the Soup Aisle, and then awkwardly see them two minutes later in Breads and Cereals and don't know what to say?

None, really. It was an exercise in futility. And strategy. And, frankly, vindictiveness.

It was Belichick's next level ploy to mess with everyone. The media, the league, his opponents, the world at large. Because the NFL requires that every team make their assistant coaches available twice each offseason. And he just did. At the slowest possible news time. When there is next to nothing to talk about, other than what their roles are supposed to be. And those questions have been asked and not answered. And from here on out, you'll have a better chance at a sit down interview with Putin than with either of the men tasked with the responsibility of guiding Mac Jones and the offense he runs on their mission critical Year 2 Bounce. They are in his Witness Protection Program until sometime after the season begins.

Diabolical. Absolutely diabolical. You can just picture him sitting behind his desk, the team's PR staff seated around him, his face obscured in the dark as he explains his ploy over his tented fingers. Laughing maniacally, knowing he just took the number one issue on everyone's collective hive mind off the table.

But I think it goes beyond that. I truly believe there's some Mr. Spock-like 5-level chess going on here. Public confidence in the direction of the Belichickian Empire is shaken. Those gawdawful performances in four out of the last five games in December-January left a mark. The relative silence of Free Agency 2022 after the fireworks of Free Agency 2021 was unnerving. The unorthodox draft strategy left most people in a state of panic. And all this staff turnover with no clearly defined roles has sewn the seeds of discontent. The peasants are revolting. And like the old joke goes, Belichick is saying, "They certainly are."

So what's he doing? Creating confusion. He's given everyone a Mystery Box to obsess over while he and his reworked staff can focus on the more important work of furthering the development of his franchise. Specifically the last three draft classes and last year's huge (and expensive) free agent haul. While the public and the press are worrying about the coaches, while Sully in the Car is waiting on hold for 45 minutes so he can scream about Joe Judge for 10 seconds before getting hung up on, this staff of competent people in Belichick's inner circle can work quietly behind the scenes on the holy mission of getting this team past the Bills and deep into the postseason, as God intended. As a buddy of mine who works in media put it to me while also quoting Sun Tzu with, “There is no instance of a country having benefited from prolonged warfare.”

Two of the biggest storylines coming into camp were: How will the offense replace McDaniels and bashing Bill for drafting Cole Strange in the first round.

There’s little way at this point to change the narrative for Strange on Day 1. The Media would be looking for the littlest hiccups to say he looked unready. Even if he excelled, they’d say he was a mistake. …

What’s missing from the coverage is the media’s own recognition about how benevolent Bill’s coaching confusion is to their columns and punditry. The unpredictability gives them ample content. Think about elements of good storytelling: Drama, Mystery, Intrigue, and Humor. Bill gave that all to the media on what would have been an otherwise slow/boring news cycle (even if the joke is lost on some humorless scribes).

Instead of savaging Bill, they should be thanking him for his benevolence for the content and clicks. But we live in an unjust world. …The recent kerfuffle is but the most recent reminder of his public relations genius.

Well put. I wish I'd said it myself. And I guess I have in some way, shape or form over the decades with a hundred other media narratives involving this man. He's a master of manipulating these people, without them ever realizing they are being manipulated. This business of Patricia, Judge, Belichick the Younger, and Mayo is just the latest. Whether it turns out to be his greatest, we'll find soon find out. It just can't come soon enough.

Until then, I'm in full agreement with Darius Butler: