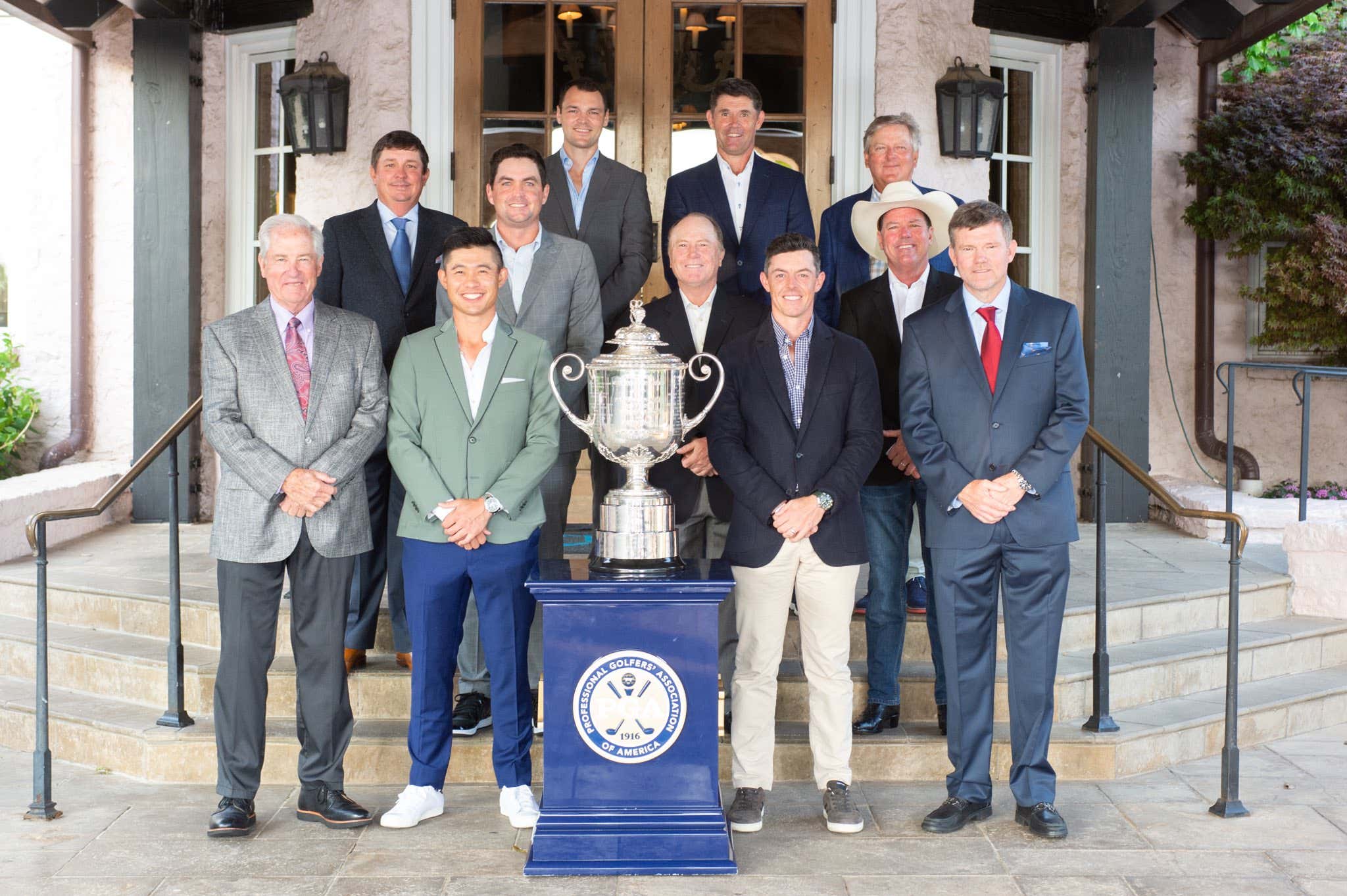 GolfWeek - Tuesday’s Champions Dinner at the PGA Championship was light on past winners of the Wanamaker Trophy.

Just over 10 PGA champs attended the dinner in the main clubhouse of Southern Hills Country Club, home this week to the 104th PGA Championship.

Among the missing? Phil Mickelson.

“Phil was not missed,” said Dave Stockton, who won the PGA Championship in 1970 and 1976. “I think Phil would have been a big distraction. The story here this week is the PGA.”

Now I can't claim to know the first thing about Dave Stockton other than that he's a 2-time PGA champ who won his 1st PGA here at Southern Hills in 1970.  I'm sure he's sat through a lot of these dinners, with many of the more recent ones with Phil in attendance. And while I suppose it's true that Phil would have been a big distraction as it relates to the week as a whole, the dinner is an intimate experience among some of the biggest names in golf history. It would have only been as much of a distraction as the rest of the champs let it be one. If he had shown up, I'm sure a couple jokes would've been cracked and they would have been on their way.

Which is exactly what makes this comment so interesting. We're watching players take all kinds of high and medium roads this week in their press conferences, and Dave Stockton is coming over the top rope with this one. There's no question he's got some sort of beef with him. And I gotta tell ya, I'm not shocked. That new Alan Shipnuck book showed up in the mail at my house yesterday and the entire 1st chapter is just big golf names telling their best Phil story. And half of them are of Phil sitting at some dinner table jabbering about how awesome he is. FIGJAM af til the day he dies. That's not everybody's cup a tea, so I'm sure ol' Dave-o was just glad to have some peace and quiet for one year. Could've bit his tongue on the whole not having missed him thing, but he's 80 years old and probably had a few scotches and let it fly. Fuck it, why not.

FIGJAM… not for everyone.