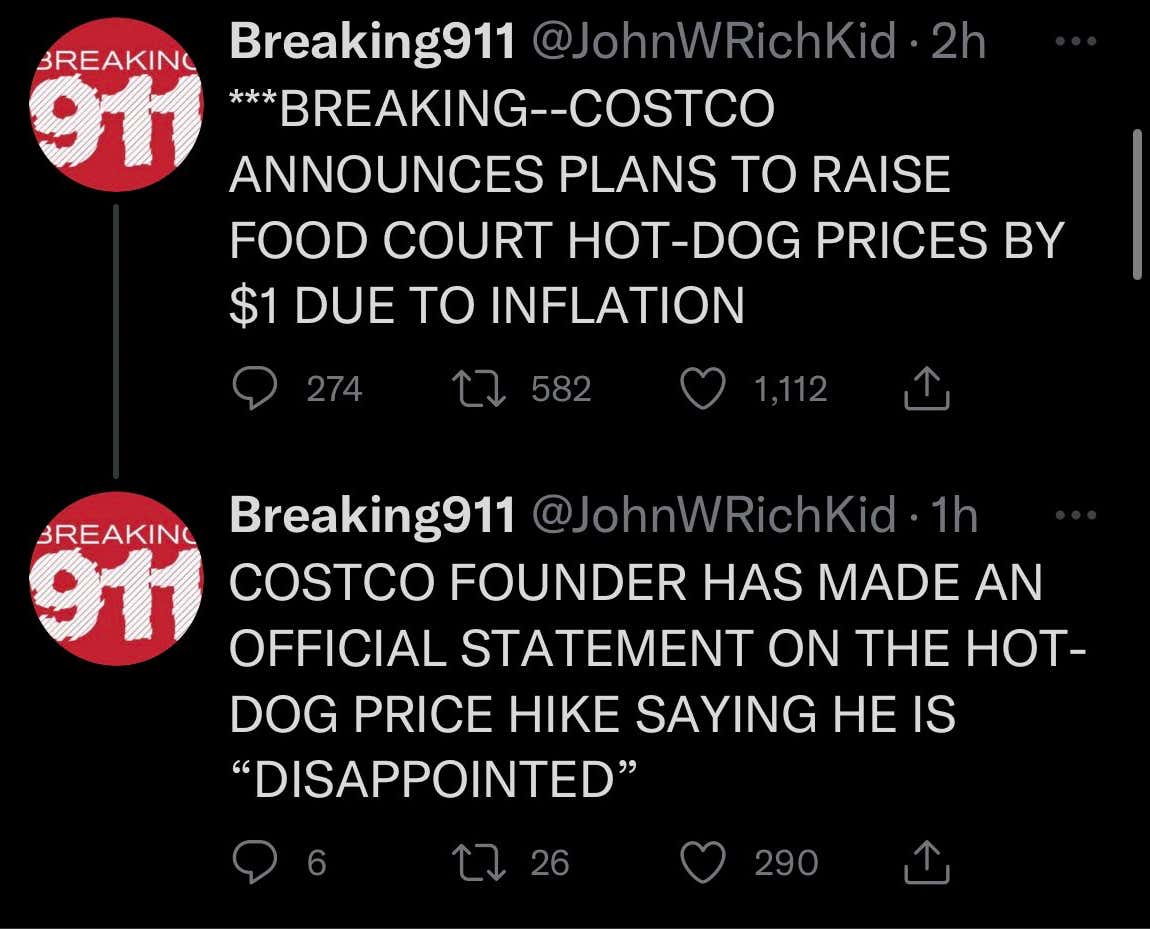 So I started getting tagged in this tweet this morning and my heart instantly dropped, which is not a good thing considering the state my heart is likely in. Could one of the last two stable commodities of our lives (along with the Arizona Iced Tea 99 cent can) finally be falling to inflation? I thought it can't be true. It shan't be true. What the fuck does shan't mean?

Then I looked at the @ in the tweet because I've been on Twitter for wayyyyy too long and instantly knew it was a fake, which only somehow made me angrier.

You know how else I knew it was fake? Because I know the president of Costco doesn't want to lose his cushy, high paying job as well as his LIFE by being murdered for raising the price of the best deal on the planet.

When Costco president W. Craig Jelinek once complained to Costco co-founder and former CEO Jim Sinegal that their monolithic warehouse business was losing money on their famously cheap $1.50 hot dog and soda package, Sinegal listened, nodded, and then did his best to make his take on the situation perfectly clear. "If you raise [the price of] the effing hot dog, I will kill you," Sinegal said. "Figure it out."

Taking his words to heart, Jelinek—who became Sinegal's successor in 2012—has never raised the price on Costco's hot dog. Incredibly, it has sold for the same $1.50 since the retail club first introduced the dogs to customers in 1984. The quarter-pound, all-beef tube and 20-ounce soda combo appears to be inflation-proof and immune to the whims of food distributors.

Along with the good people at Costco willing to do whatever it takes to keep the price of that delicious and massive hot dog down.

There are certain things you don't do as a joke because it will cause utter chaos. You don't yell "bomb" on an airplane. You don't yell "fire" in a crowded movie theater. And you don't yell "Costco is raising the price of their hot dog" on the internet. You also don't tweet stuff like this to amplify a rumor that can cause mass hysteria equal to dogs and cats living together. 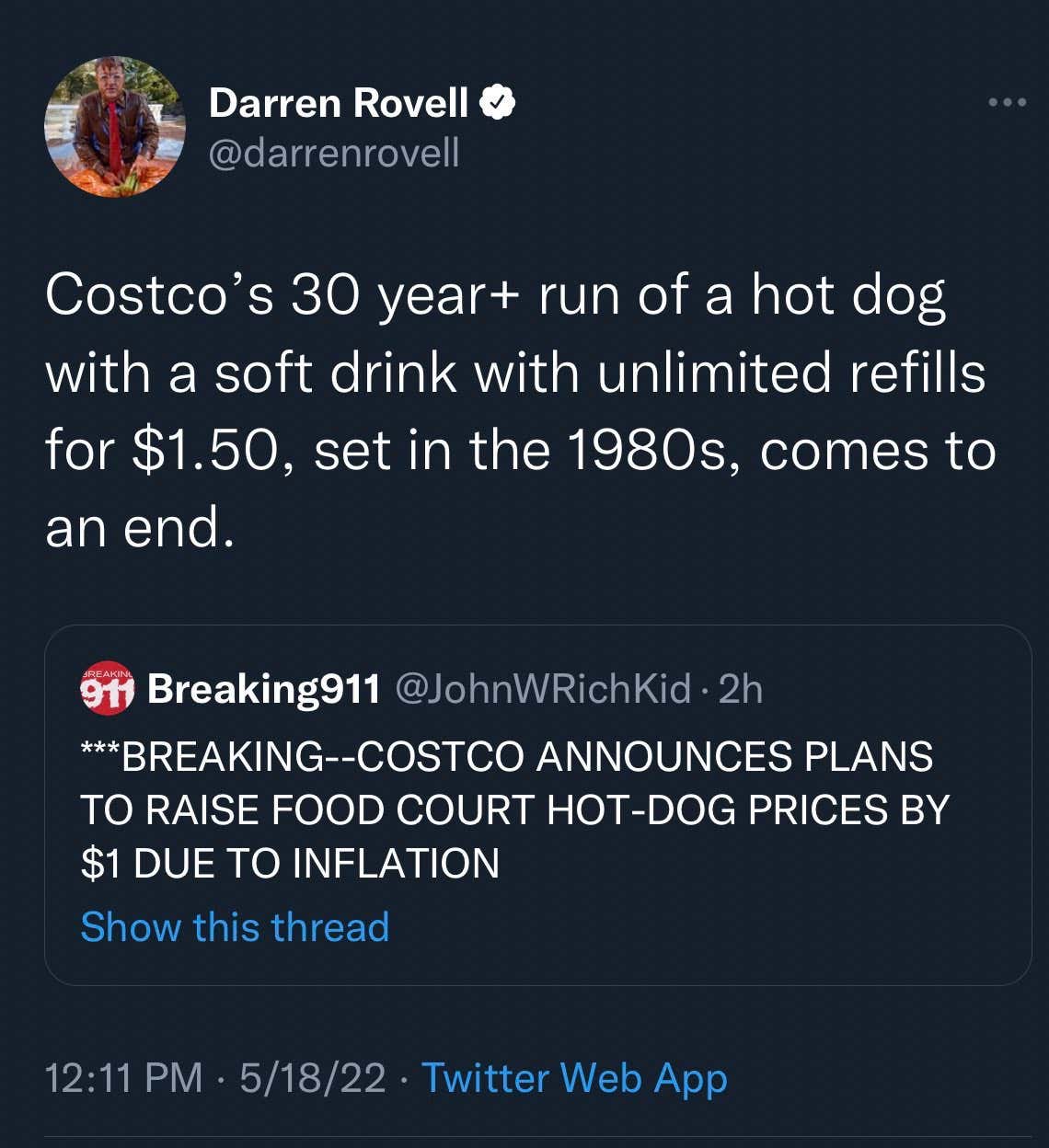 If you want to watch 4K video of JFK's head getting blown off while eating your breakfast at 8 AM, Rovell is your guy. But if you want breaking, REAL news of all things food related, make sure to follow the guy named The Many Snacks God by his peers.