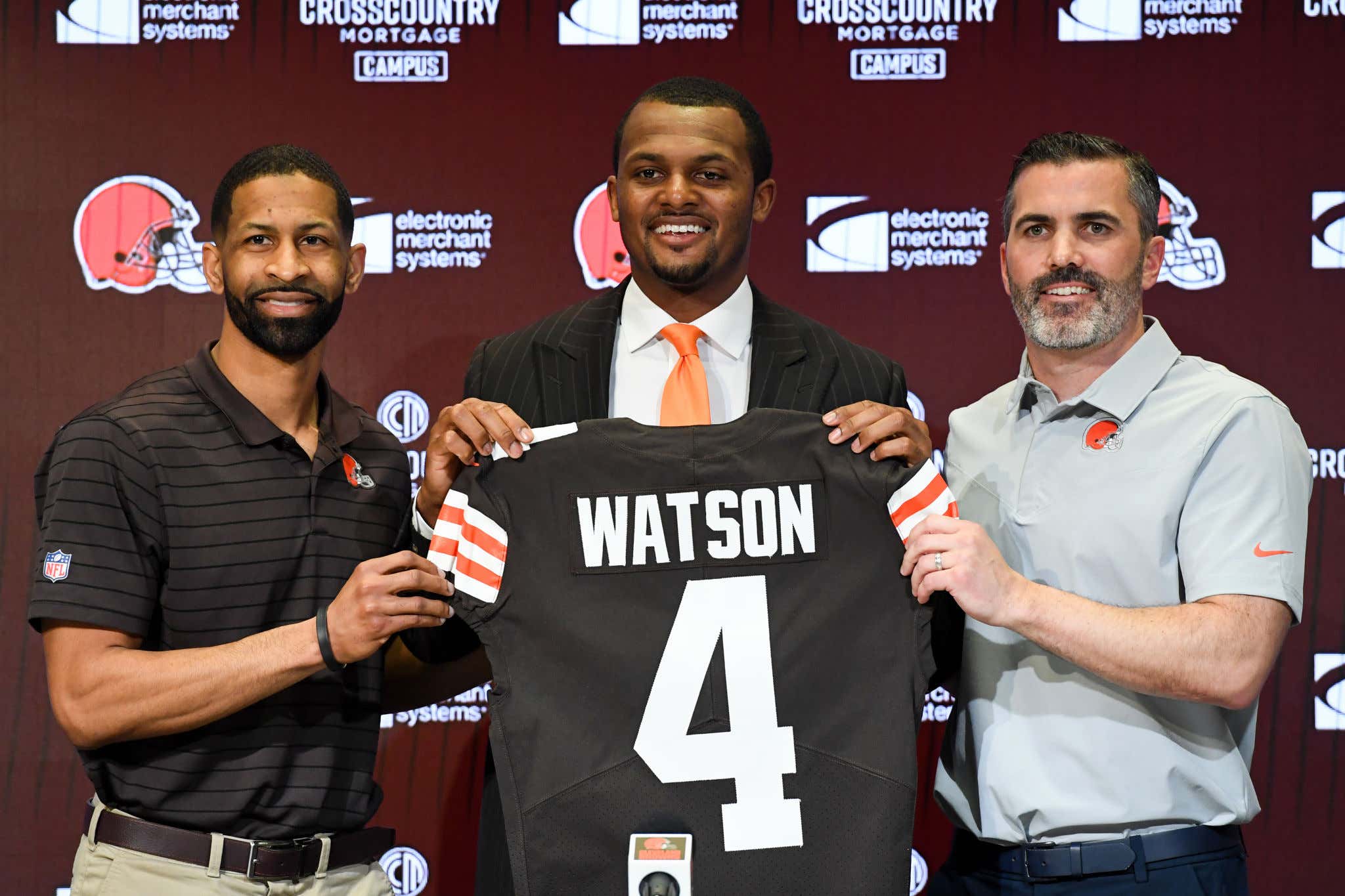 If by some cruel trick of nature you're the Cleveland Browns, and you've just invested $230 million fully guaranteed into your new franchise quarterback in order to have him replace your recent franchise quarterback, the first thing you would like is for him to spring for a fun, team-building trip with is new teammates. Mission accomplished:

The last thing you would want is for said franchise quarterback to give sworn testimony, under pains and penalties of perjury, to a set of facts that make it far less likely he'll be earning that franchise quarterback money any time soon. But that's precisely what happened in the civil suit against Deshaun Watson.

USA Today - Watson admitted during a pretrial deposition last week that one of his disputed encounters with a massage therapist ended with the woman crying, followed by an apology sent to her by text message from Watson, according to the woman’s attorney.

This verifies a portion of the women’s claims against him and raises the question of what caused to her cry during their encounter. In his deposition, Watson said he didn’t know, according to the attorney, Tony Buzbee. The woman is suing Watson for civil assault and claims in her lawsuit that Watson purposely touched her with his penis during the massage, causing her to feel scared and cry.

Watson left and sent her a text message apologizing afterward: “Sorry about you feeling uncomfortable,” he wrote, according to a screenshot of it previously posted by her lawyers. “Never were the intentions. Lmk if you want to work in the future. My apologies.” …

“But you know why you sent that text apology afterwards?” Buzbee asked Watson during the deposition last week, according to a partial transcript obtained by USA TODAY Sports.

Solis did not reply to Watson’s text, according to her lawsuit.

I didn't pay much attention during my 17 years of drawing a paycheck in a courtroom. But there's one expression I picked up, which is, "In the light most favorable to [blank]." Which is lawyerspeak for giving someone the benefit of the doubt. Even if you view this testimony "in the light most favorable to" Deshaun Watson, it's a terrible, terrible look for a guy who just sat out an entire season over these very allegations.

I mean, how do you possibly spin this into a positive for him? Under what circumstances would the massage therapist be in tears to the point he's feeling compelled to apologize if nothing happened? Isn't the natural human reaction to someone bursting into tears to ask them what's wrong? The only reason you wouldn't ask is if you already know damned well what they're crying about.

Am I wrong about this? It just so happens that I had a cleaning at the dentist this morning. And when I was done rinsing and spitting, if I looked up to find Michelle the hygienist sobbing next to the X-ray machine, I'd have talked to her. I wouldn't wait a while, then text with vague questions about her being "uncomfortable for whatever reason," halfassed apologies, and scheduling my next appointment. Who would?

I'll ask and answer my own question: Someone who put his penis on a massage therapist would. That's not proof that Watson is guilty as charged. And he's entitled to a presumption of innocence. But it's pretty damning testimony. And as we've seen confirmed by Federal courts, the Commissioner of the NFL has absolute power to discipline players any way he sees fit, with or without proof.

Worse still for Watson and the Browns, this is coming from just one of the 22 accusers suing him. This Attorney Buzbee is representing them all. And he's obviously not shy about releasing transcripts to help his cases. All of which makes it more and more likely the league is going to want to avoid putting Watson out there as the new face of a franchise for a while. And we're looking at the very real possibility he could be suspended for a long time.