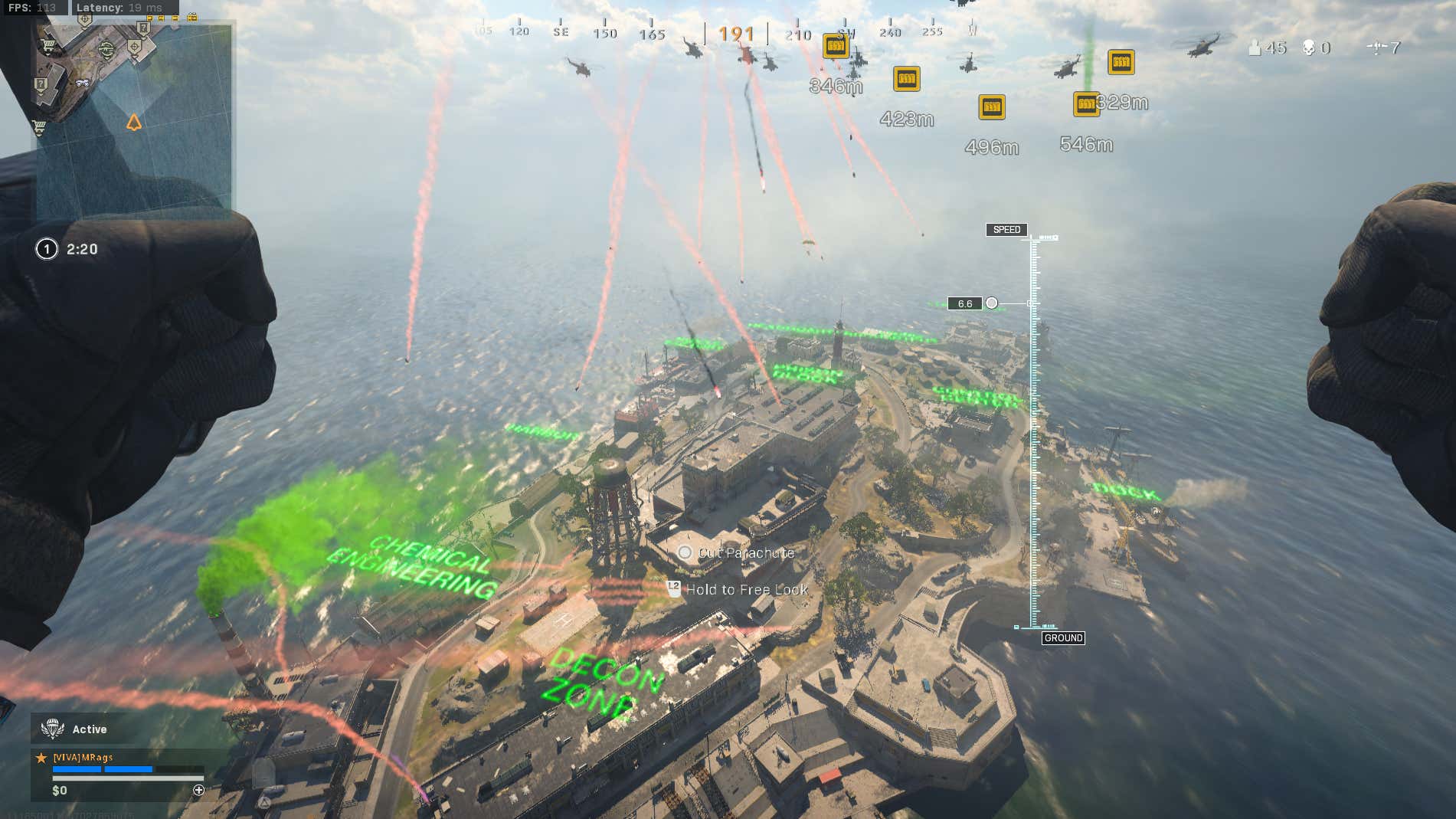 Rebirth Resurgence is infinitely better than Caldera at Warzone's current state. Lately, I've been back on the Warzone wave and testing out Rebirth Resurgence. I've been having a completely better time than when I was playing Caldera. Caldera as a map, I don't mind. I know it gets a lot of hate, but I was open to the change after having Verdansk for a few years. The developers could've done a lot of things differently with the map or even the map integration, but that's beside the point.

With the latest changes to the gulag, I just wasn't enjoying Caldera the way I used to. Everybody's camping like a rat these days and I could never get into a groove. So I decided to test out Rebirth Resurgence solos and it was a night and day difference. I played Rebirth a ton in the past, but Resurgence makes you respawn back even quicker for more gunfights and more action.

However, while playing, I was struggling to stay alive in Rebirth due to the constant chaos. That's when I decided to make some major class changes to combat the high-paced action.

I added tempered instead of overkill and started using the Automaton. If you're out there and still playing Rebirth, I'd highly recommend going with any AR or long-range SMG and coupling it with the Diamatti. First off, the Diamatti is INSANE, I'll be dropping a separate loadout video with that class build.

I like the Automaton because it's insane at medium range and close range. It's got a ton of versatility and on Rebirth, you don't need a gun that beams at 100+m - you just aren't in that situation too often on the map. So by using an Automaton (or any close range AR) you'll have a gun that can be used at most effective Rebirth ranges.

Ever since I made these changes to my classes, I've been dropping 20 bomb after 20 bomb. Would highly recommend!

Lastly, to spice things up, I've been accepting gun challenges on Warzone - below is me completing "The Devil's Spine." It's the weakest possible gun build in Warzone and it's utterly atrocious. It's weaker than the seams on Billy Football's pants…

The challenge was to get 6 kills with this weapon and ONLY using this weapon. I couldn't break armor or use a grenade to damage the opponent. Here's how it went:

So if you have any gun challenges you wanna see me try, drop them in the chat.