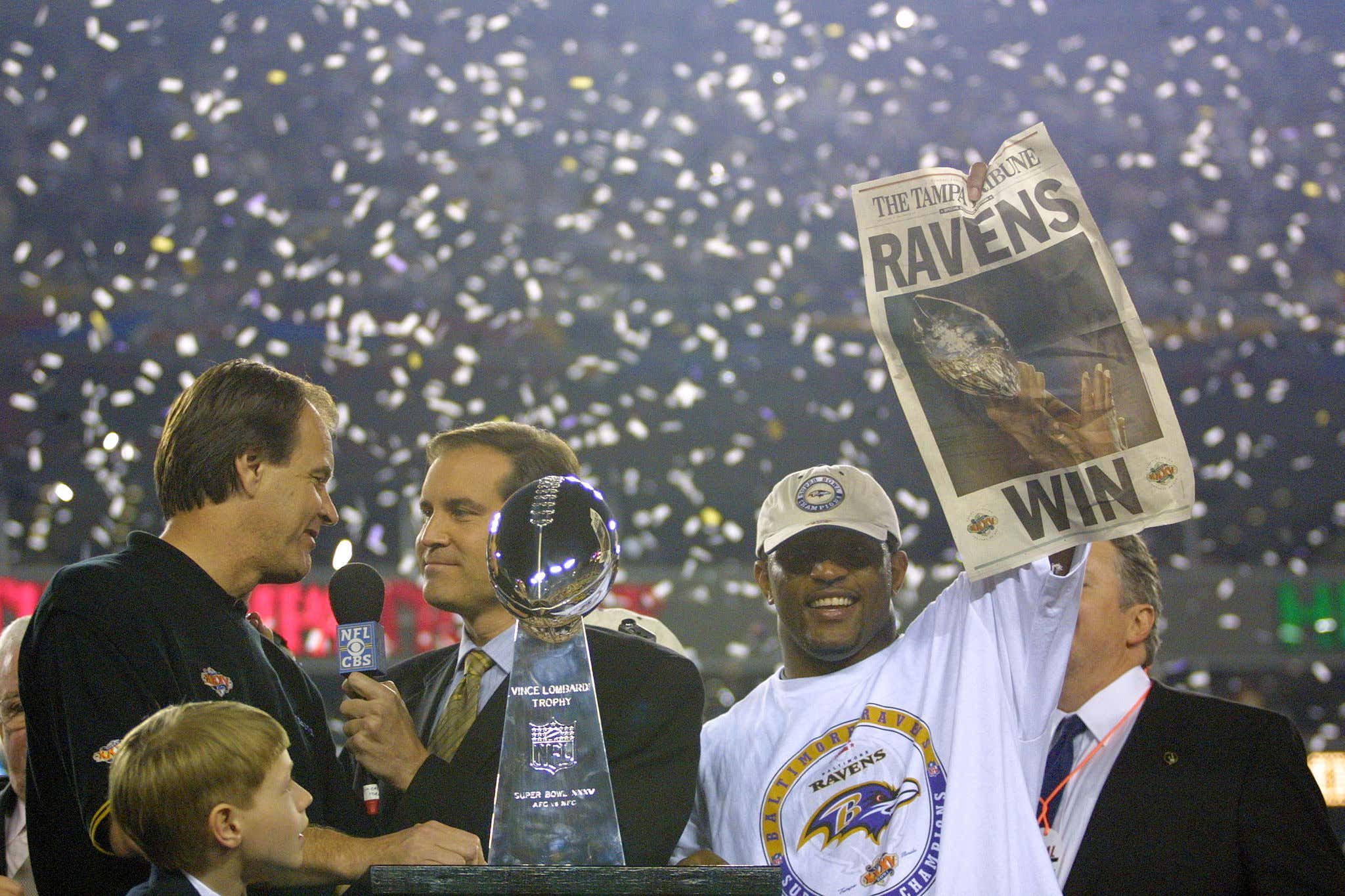 ESPN PRESS ROOM -- ESPN Films today announced that production has started on a 30 for 30 documentary that will take viewers inside the world of one of the most notorious football teams to ever play the game. No team in NFL history has boasted, bullied or brandished as much bravado as the 2000-2001 Baltimore Ravens. The rest of the NFL hated the Ravens but no one could say a thing, because they couldn’t beat them on the field, especially facing, arguably, the greatest defense ever. Luckily for sports fans, their full-throated reign coincided perfectly with the rise of the “reality television” era via Hard Knocks.

The documentary will be co-directed by Ken Rodgers (“The Tuck Rule,” “The Two Bills,” “Al Davis vs. The NFL”) and Jason Weber (“NFL 100,” “The Way Up: Chris Long & The Waterboys”), produced by Erik Powers (“Deion’s Double Play”), and executive produced by ESPN Films in association with NFL Films.

Further details will be announced at a later date.

Inject this directly into my veins. Had no idea this was even a remote possibility and now that it's a thing I can't believe it hasn't been done already. The 2000 Ravens are the team that truly got me into football. They were the team that resurrected football in the great city of Baltimore. They were tough, they had guts, and they played a brand of football that will never be replicated again.

That team had so many characters. Ray Lewis obviously had all the baggage that came with him that season, and that will surely be a focal point of the doc. Tony Siragusa was a loose cannon. Shannon Sharpe is arguably the greatest trash talker in football history. Then you've got all kinds of greats like Rod Woodson, Jamal Lewis, Jonathan Ogden, Peter Boulware, and Chris McAlister that helped make that team as great as it was. And Brian Billick was the perfect head coach to manage all those personalities. The fact that he's been more or less out of football for some time means that Billick can absolutely let it fly in these interviews.

Greatest defense to ever do it. No team gave up less points and no defense has given up zero points in Super Bowl. Fight me about it.

Counting down the days for when this comes out.