Rough N' Rowdy 17 returns this FRIDAY May 20th in Wheeling, West Virginia. It's a loaded card with 20 amateur fights and maybe our best headliner ever with Big Dick Booty Daddy taking on Lights Out Laing. But best of all, we of course have the ring girl contest. It's arguably the greatest tradition our country has. Here are the prizes up for grabs this year.

I'll get into the field below and see who some of the contenders are for those prizes.

Buy the PPV HERE and vote for your favorite ring girl HERE.

She's no stranger to these competitions and has actually won before. There were some cheating accusations against her but maybe that was just jealous competition? Rough N' Rowdy is much like Augusta. If you've won here before, you're always a contender to do it again.

Another familiar face. I believe this is the first time we've seen her go as "Danny Ray" as opposed to just Danielle. Maybe that can be enough to push her over the hump.

A new face who describes herself as a "Pro Hottie" in her Instagram bio. She also is the "President of the hot moms association." Unclear if that's a real organization or not. She also appears to be a crypto investor with #shibaqueen in her bio. A well rounded queen.

Not a ton of ass shots on her Instagram for someone who calls herself "Asszilla." Feel like every picture has to be an ass pic when you call yourself that. She'll be returning for her 3rd Rough N' Rowdy.

I don't know if any name can top "Asszilla" but Baby Machete is certainly up there as well. 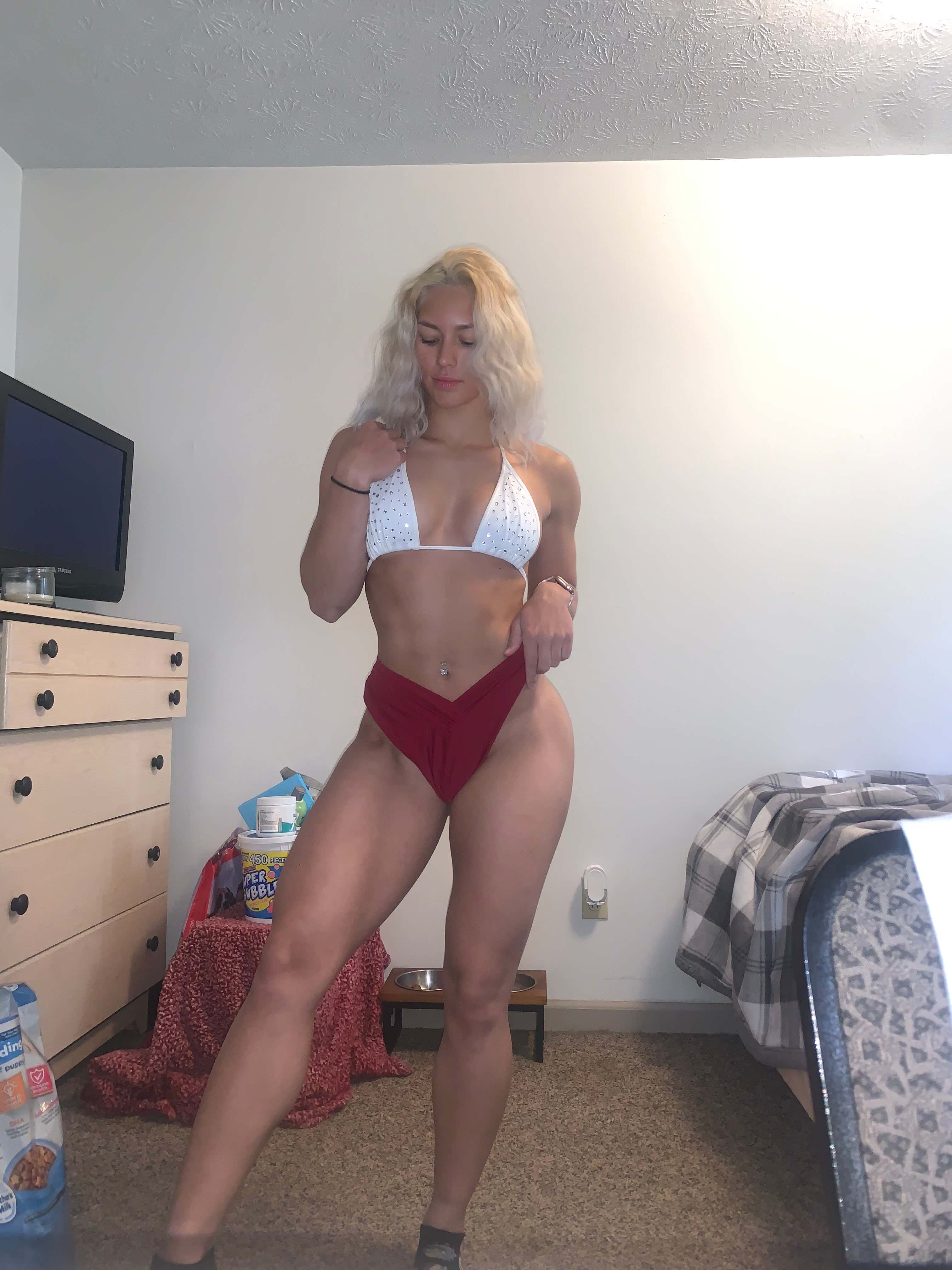 New to RnR but she does have Wheeling Toughman experience, which I feel like should translate well.

She's been in Rough N' Rowdys before so she has some experience. A veteran like her though should know you need a better name than "Emme." A flare for the dramatic is necessary if you want to win it all.

Now Dessert is a way better ring girl nickname. She's been in RnRs before too. I think she should be considered a contender.

Me including this many pictures of her should tell you how I feel about her chances. An absolute contender in every sense of the word. She's also a West Virginia girl so the crowd will be on her side. She might be my favorite to win it all and she should certainly place. 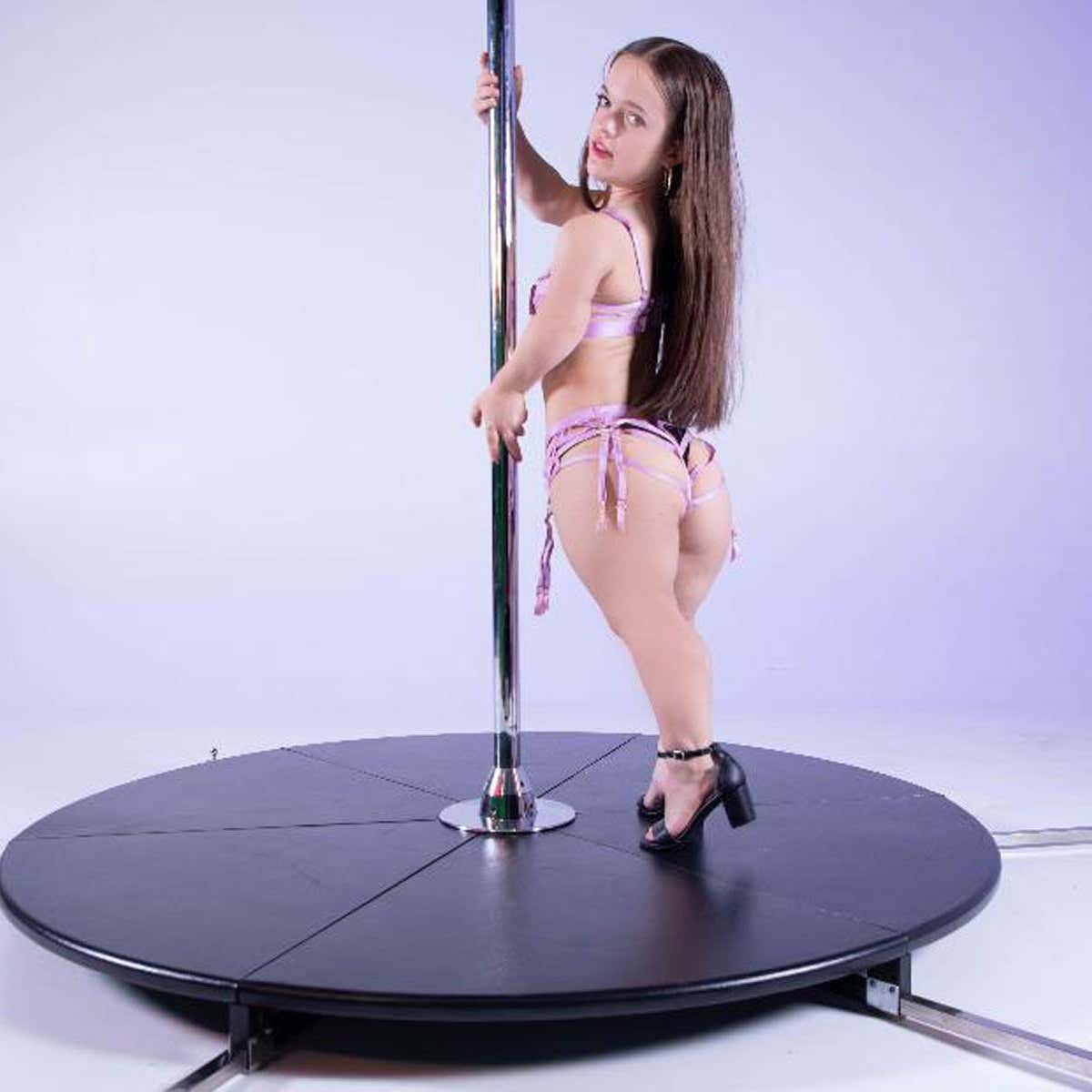 Isabel is one of two dwarfs competing in the ring girl challenge. She has no bikini modeling experience but perhaps she has some pole dancing experience?

Standing at 3 feet 6 inches, Tiny Texie is our other dwarf (I made sure that's the politically correct term) ring girl, and we've seen her in the competition before. Will her and Isabel go at each other in the jello wrestling competition? She also boasts that she is the "Worlds Smallest Proportioned Dancer" and has the "Worlds smallest adult feet."

A very familiar Rough N' Rowdy face as both a ring girl and a fighter. She'll be pulling double duty again this time. The Shohei Ohtani of Rough N' Rowdy. 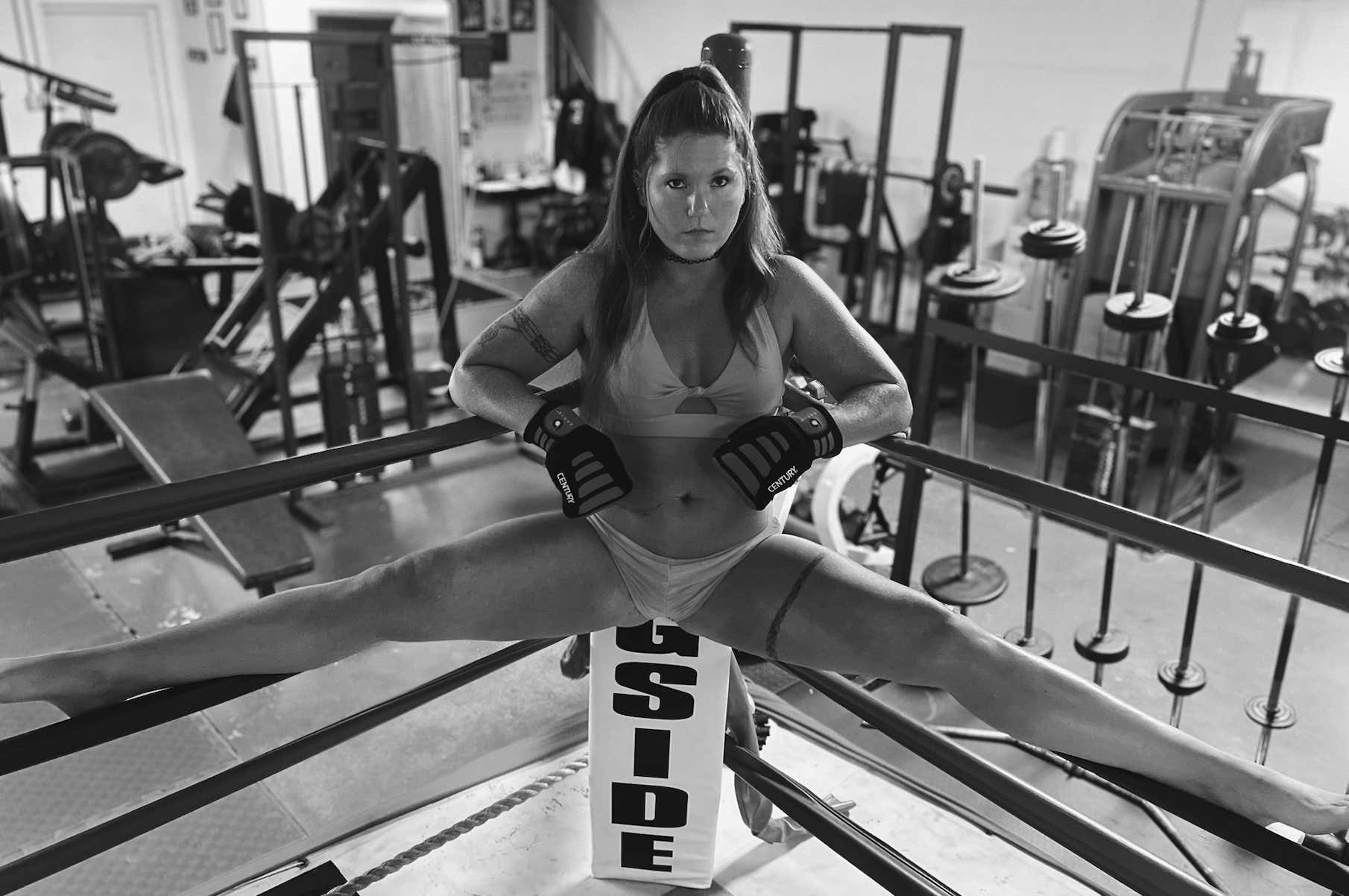 Another Shohei Ohtani who is both a dancer and a fighter. Her and HotWheelz have battled as fighters and now they'll battle as ring girls. It's a rivalry up there with Yankees-Red Sox. 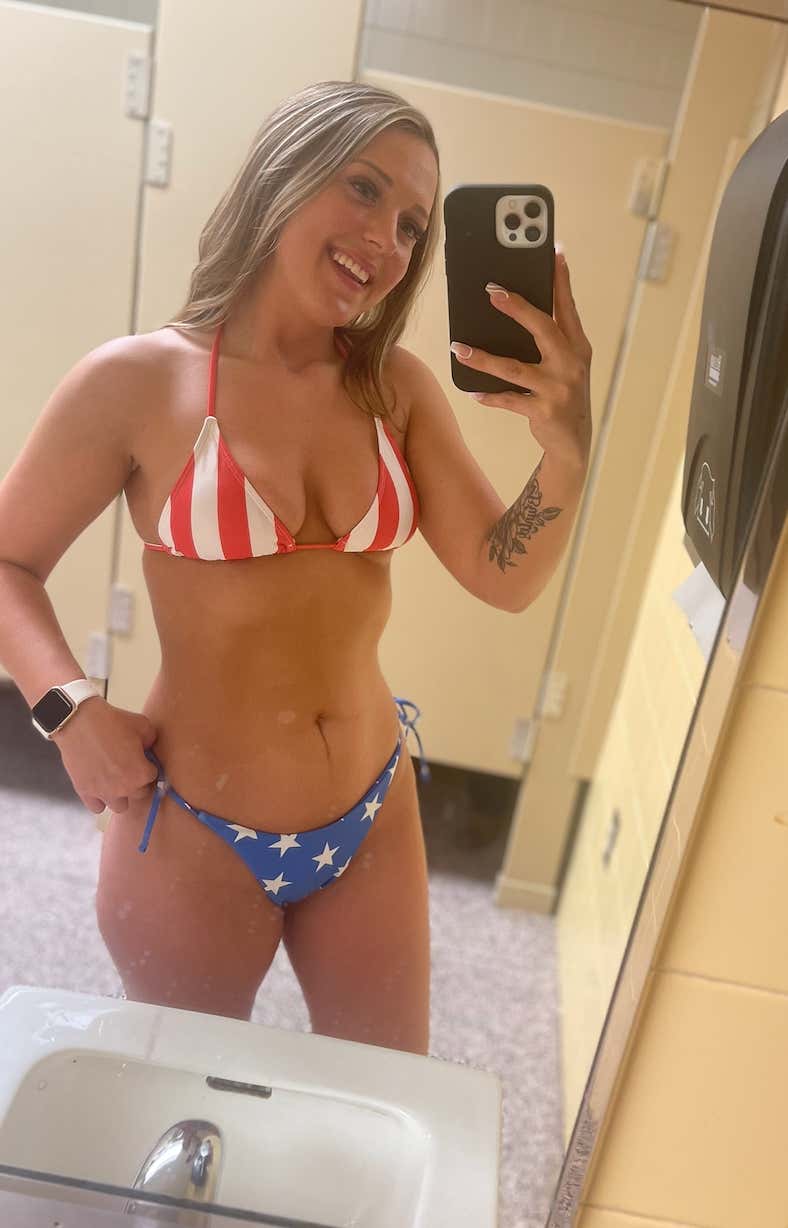 RnR experience. A catchy, rhyming name. An American flag bathing suit. These are all things you look for in a potential contender.

She lists no relevant experience. She has nothing in her Instagram bio. So she's a true mystery. I just hope one of these girls wears an absolutely ridiculous costume in hopes of winning the best costume prize.

Speaking of unique costumes, this would certainly garner some eyeballs.

Another ring girl veteran. She's got 125,000 Instagram followers. Maybe she'll stack the crowd with her followers and try to influence the crowd vote. Would be diabolical thinking. 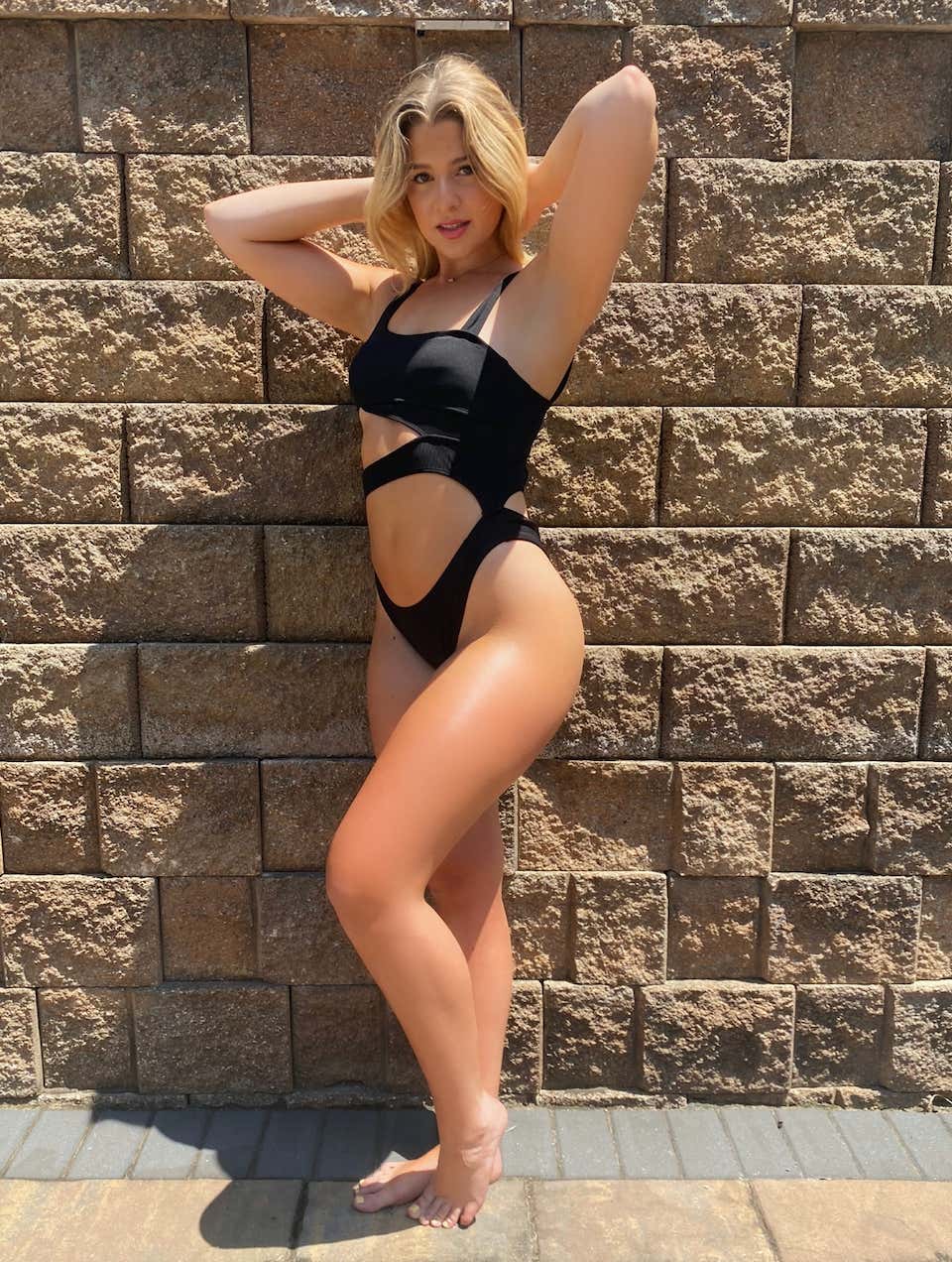 Definitely more girl next door vibes than your typical RnR ring girl. Could that difference make her stand out? KO Ken is also a GREAT name. 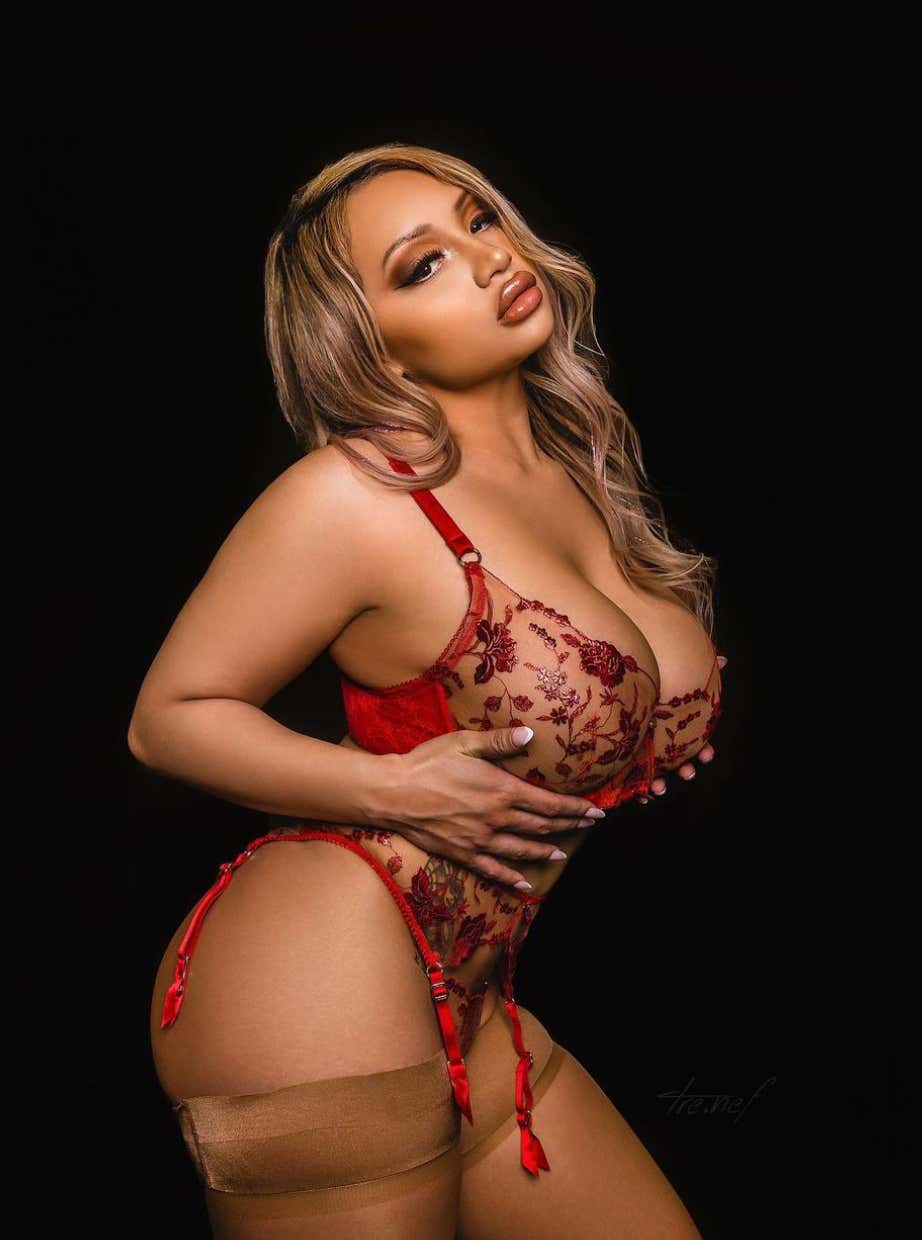 Kiki in DC will be known as Kiki in Wheeling on Friday night.

Her actual first name is Diamond. You'd think she'd do something with that for her ring girl name. But she's going with Lil Nikki instead. Not a bad nickname, but a little confusing for sure.

And there's our field. Who are you favorite contenders?

Buy the PPV HERE and vote for your favorite ring girl HERE.