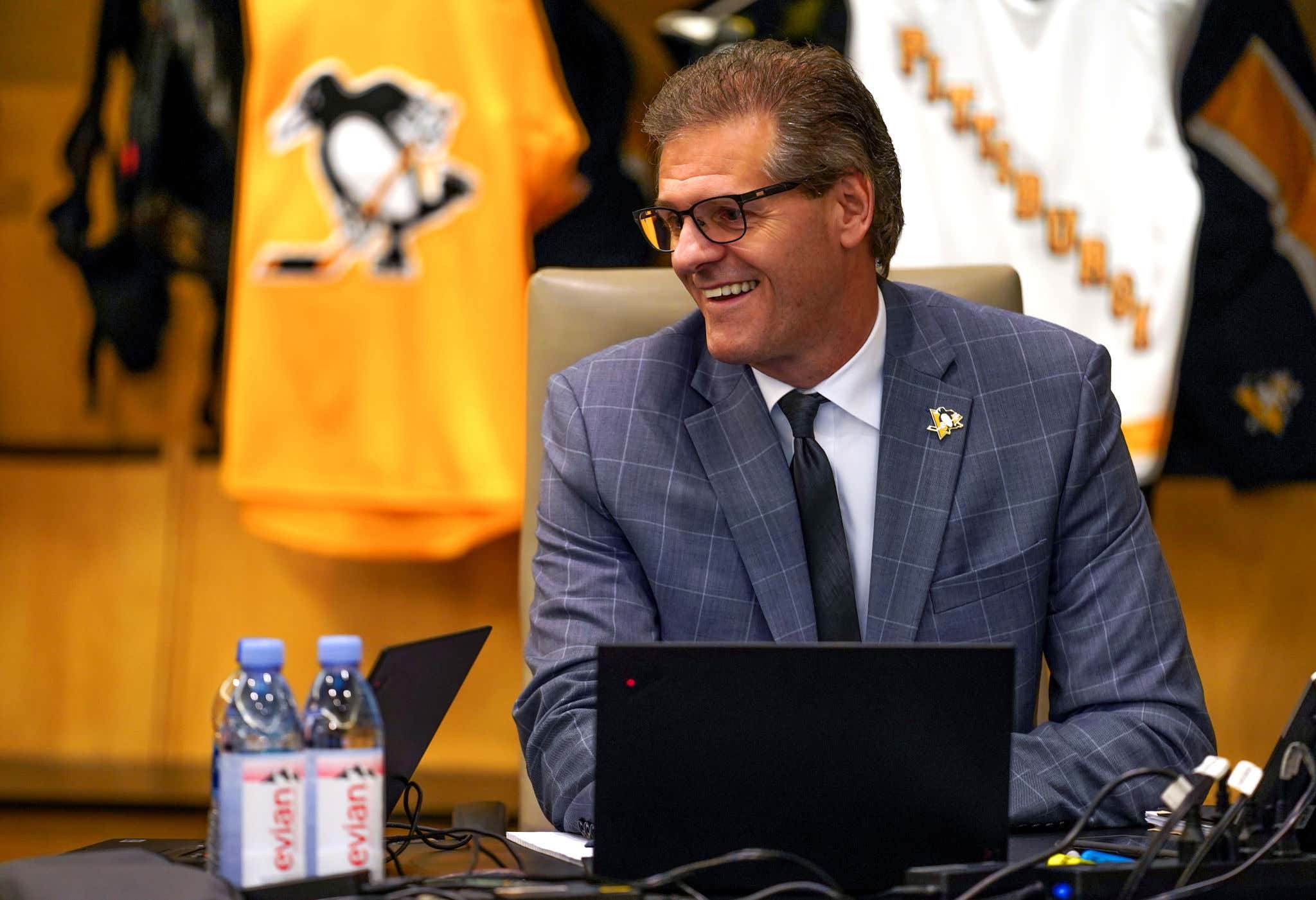 The Ron Hextall managerial era in Philly came to a rather…tumultuous end. The team sucked ass, the coach was getting fired, the alumni were getting shunned, it was a whole big mess. Honestly it's only gotten worse from there, especially when you consider the fact that the one thing Hextall had going for him was his drafting but even those picks are starting to look like shit. It sucks because Hexy was such a legendary player for the Flyers but now any time you bring up his name, most Flyers fans are going to have resent towards him. And what does he do after he gets fired from the Flyers?

Takes 76 across state and starts to work for the Penguins.

But maybe, juuuuuust maybe, this was all a ruse. Perhaps Ron Hextall's sole purpose for taking the Penguins job was to be a double agent and sabotage Pittsburgh from within. Ron Hextall 0027. It's the only way to explain why Pittsburgh would ever think offering Malkin and Letang at $5M would sit well with anybody involved.

Now I've already been seeing from people in Pittsburgh that Rob Rossi isn't exactly the most reliable source when it comes to these things. But I'm gonna go ahead here and give this man's journalistic credibility the benefit of the doubt. Mainly because it supports my narrative.

Imagine being Sidney Crosby and knowing that the window to one final Cup run before your career comes to an end is rapidly closing. If you're going to do it one last time, it has to be immediate. You don't have time to rebuild and restructure. Next season will be 15 years since that core went to their first Stanley Cup Final together in 2008. They've climbed to the top 3 times since then and the window has stayed open longer than most. But the only thing that will shut the window faster than Father Time would be Malkin and Letang moving in free agency because the Penguins tried to make them the 188th highest players in the league. No shit that wouldn't sit well with Sid.

Want to know what else probably wouldn't sit all that well with him?

Again, there's always a chance here that Rob Rossi is full of shit. But this report fits my narrative, and the truth is just a matter of what you are willing to believe. And I believe in Rob Rossi telling us that Ron Hextall looked Sidney Crosby dead in the eye after Sid passed his concussion test and told him he still wasn't playing in game 6. Told the best hockey player in the world that he wasn't going to play to close out that series against the Rangers despite the doctors giving him the go ahead. I mean who knows how the rest of these playoffs pan out if the Penguins were able to wrap that up in 6. Give Crosby a couple extra days of rest, get Tristan Jarry back for the 2nd round, anything can happen. But Ron Hextall, being the Flyers legend that he is, put the kibosh on it immediately.

Ron Hextall may not have been able to fix the Philadelphia Flyers. But he could certainly break the Penguins. And the enemy of my enemy is my friend. So however you want to look back on the Rox Hextall managerial era in Philly, you can't say he isn't doing everything he can to still help out the Flyers today. Once a Flyer, always a Flyer.