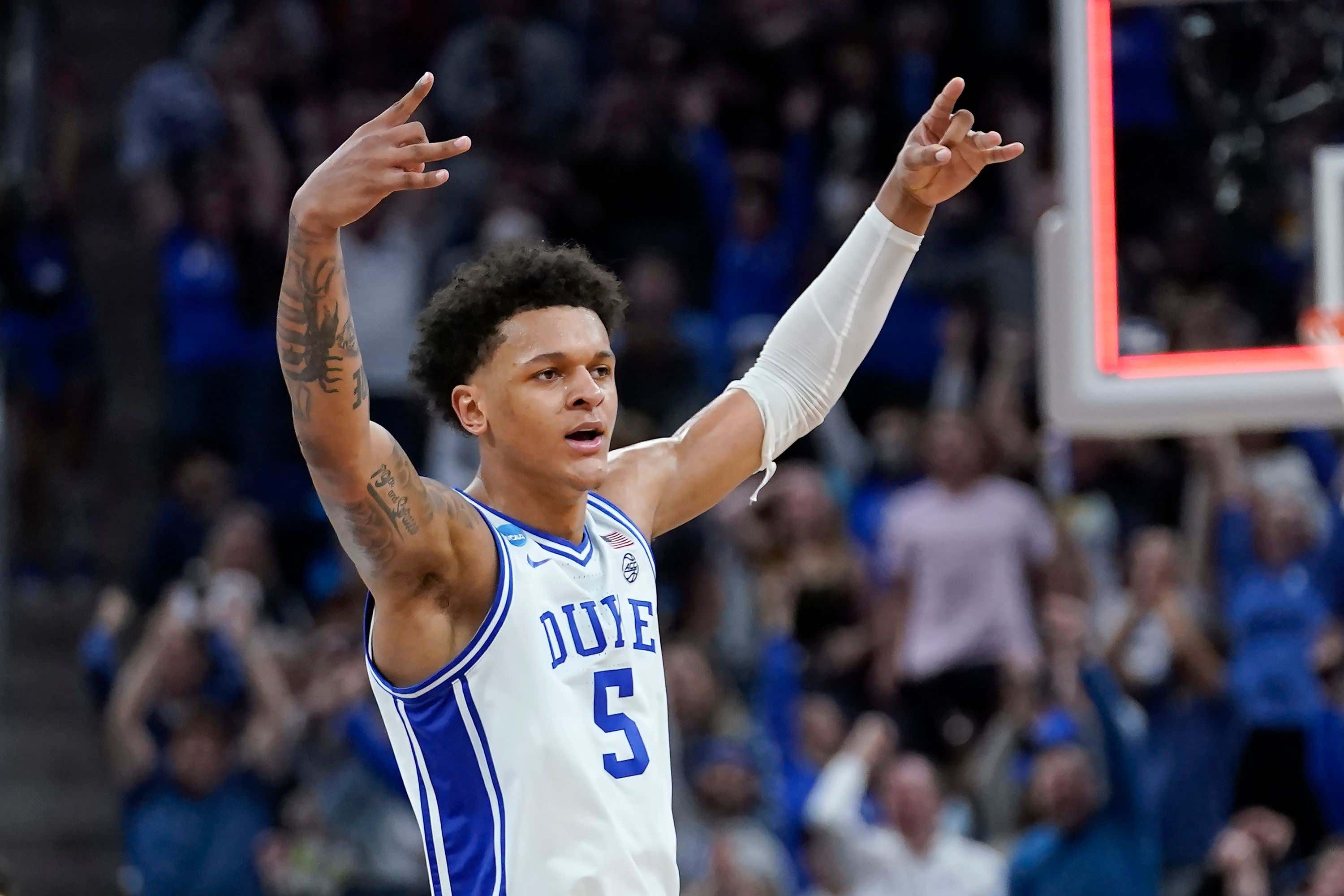 The NBA Draft Lottery is complete and congrats to the Orlando Magic for securing the #1 pick! I've done the NFL Mock Drafts for Barstool dating back to 2018, but I wanted to expand my horizons and also put out some NBA Mock Drafts as well. I've had an interest in the NBA Draft for a long time and attended four different NBA Drafts in person over the years (pardon the quality of these early Android photos). 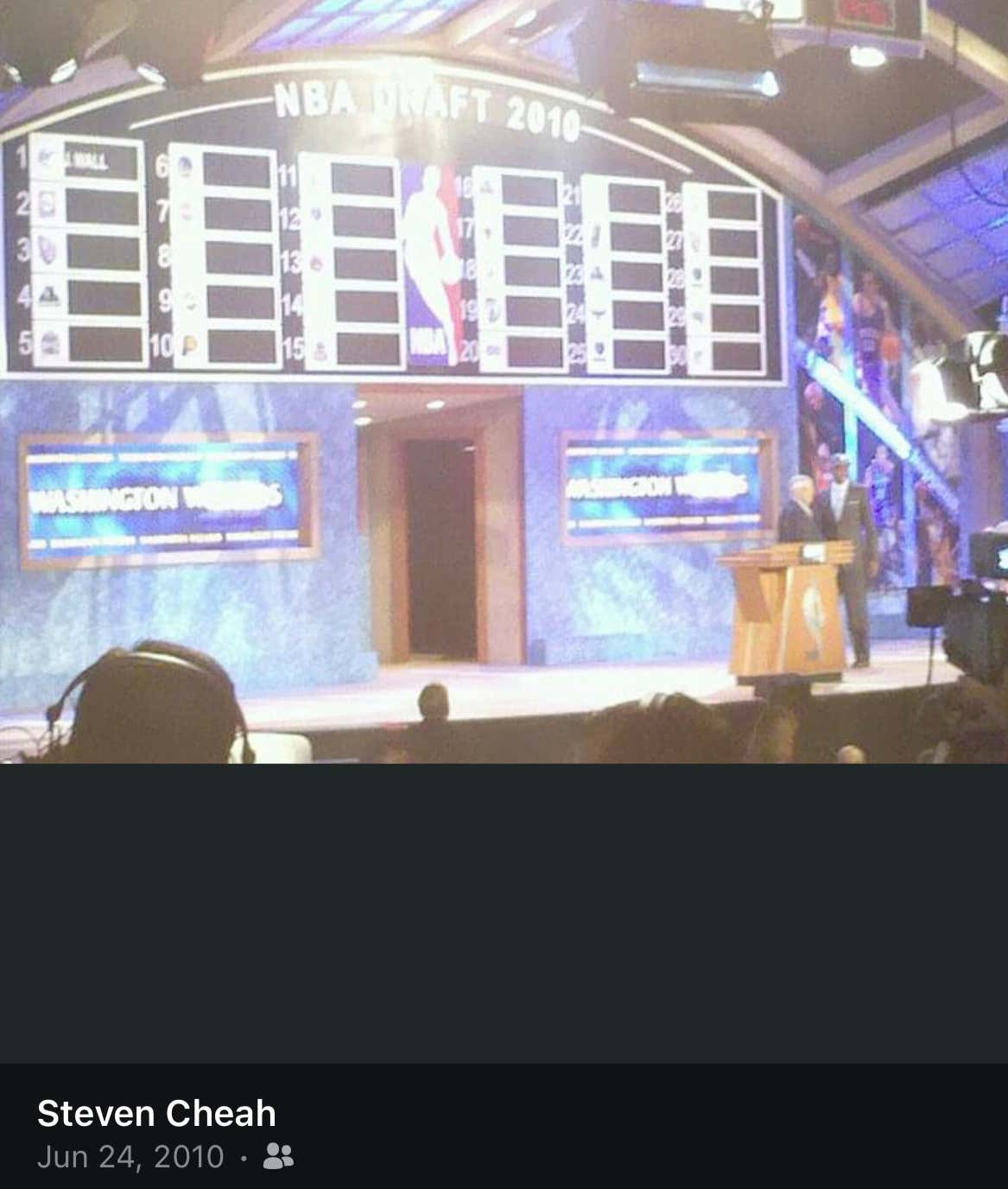 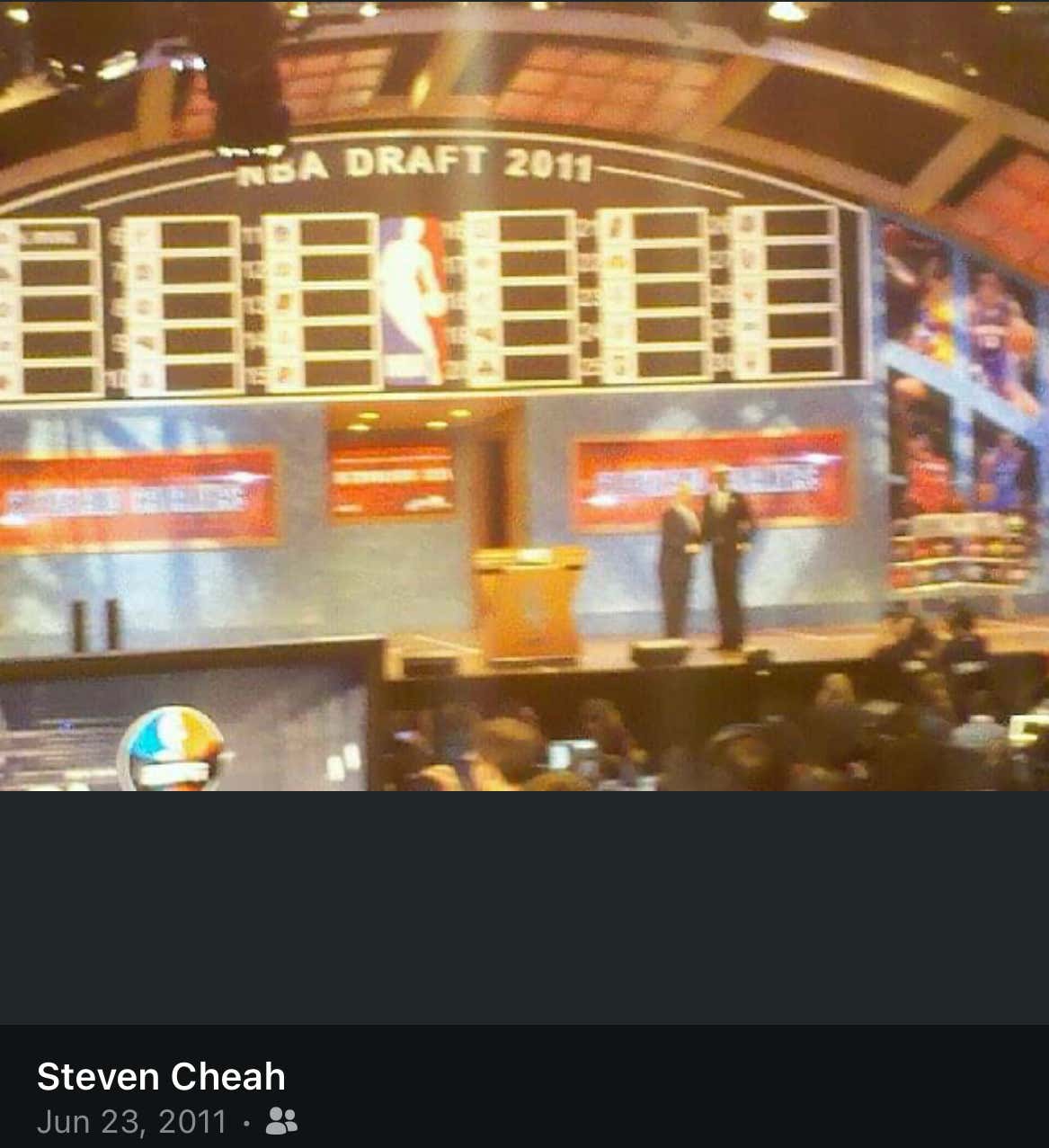 It's early in the process as we still have the NBA Combine, Team Workouts, Interviews and more to happen, but here's where I would guess things could shake out as of now:

I think this will be an easy choice. Smith is a terrific prospect who at 6'10" 210 lbs. has size, can handle, can create his own shot, finish around the rim, and defend at a high level. He's everything the NBA is moving to.

Speaking of where the NBA is going, at 7'0" 195 lbs. Chet Holmgren fits the bill too. And while he may make Kevin Durant look like Scott Steiner, he is still young and has a lot of filling out to do. But he can do it all.

More of an old school PF in the mold of a jumbo Carmelo Anthony (6'10" 250 lbs) who can flat out score and has a great feel for the game, Banchero would slide into the Rockets nicely with Jalen Green and Christian Wood.

This man is FAST. He just moves at different speed. It would be an undersized lineup for sure, but De'Aaron Fox, Davion Mitchell and Jalen Ivey would be like playing with unlimited turbo boost.

Interesting case here as Sharpe re-classified to be in this Draft class after committing to Kentucky but not playing this year. He was the #1 recruit in the nation, so tons of potential. He's also got a 49" inch vertical leap which would best Michael Jordan (48") as the highest ever. So he can do cool stuff like this:

Myles Turner has been rumored to be on the block and Jalen Duren could be a good alternative. At 6'10" 230 lbs. he's big, mobile, and aggressive and can help protect the paint in the Hoosier state.

He's a little older at almost 22 years old, but he's a do-it-all Forward who can contribute Day 1. With Damian Lillard, Anfernee Simons, and Jusuf Nurkic those are some nice building blocks.

A bouncy athlete who can stroke it from deep, Mathurin would add a different element on the Pelicans.

This is a potential pick as he is not even 19 years old and needs some seasoning, but flashed a lot of potential in limited time at Duke.

He's got a great feel for the game and would certainly be an upgrade over Raul Neto, Ish Smith, and Cassius Winston.

Daniels is from down under and has some good athleticism. He'll likely translate into the league as a 3&D player with upside.

Not necessarily a sexy pick but a versatile defender whose athleticism gives up a monster upside.

A bouncy athlete that needs to clean up some decision-making, he would be a fun young trio with LaMelo Ball and Miles Bridges.

At 6'5" 194 lbs. he could prove to be a valuable asset next to Darius Garland as Issac Okoro hasn't developed as much offensively as they'd like.

The Hornets simply cannot defend bigs with Mason Plumlee starting at Center. So they replace him with another Duke Big in Mark Williams, who at 7'0" 242 lbs. could prove an upgrade.

17) Houston Rockets (via Brooklyn Nets) - SF Ousmane Dieng (New Zealand)
The Rockets just need talented bodies and Dieng is that. At 6'10" he's good to size and he can stroke it. And I'm gonna say it, he has very KD-like form.

Nikola Vucevic not bringing what you want to the table defensively from the Center position? Enter Christian Koloko who can defend all positions with great size and versatility.

He's almost 22 years old but returned to school to work on his jumper. Results were sufficient but check out the cockiness of this guy to try this in a game, no matter what the competition.

A long, explosive athlete, who can get to the rim at will, he's a fun watch because he can finish at the rim.

At 6'7" with Point Guard skills, he'll be a valuable asset in Denver where he could take a load off of the MVP.

Talented player who could provide some much needed insurance for Ja Morant, but his college career may be best remembered for this odd moment:

Nets HC Steve Nash dipping back into this alma mater to bring Williams who has some shake for his size to Brooklyn.

The Bucks could have used another shooter who could defend against Boston.

Dwight Powell just isn't it as a starting Center. Kessler was the National Defensive Player of the Year and can give Luka some reinforcements on the back end.

A 6'2" Dominican Point Guard who can score from all over. He's a developmental project, but clearly has some game.

This guy will always have a special place in my heart. He can do it all and would fit in perfectly with the Warriors, but shoutout to the Data and Braun for this one.

A bouncy finisher inside. He's super athletic but has to be more consistent from outside.

Great size at 6'8" 216 lbs., he'll be a project as he has to be better offensively, but he gets after it defensively and finishes well inside. 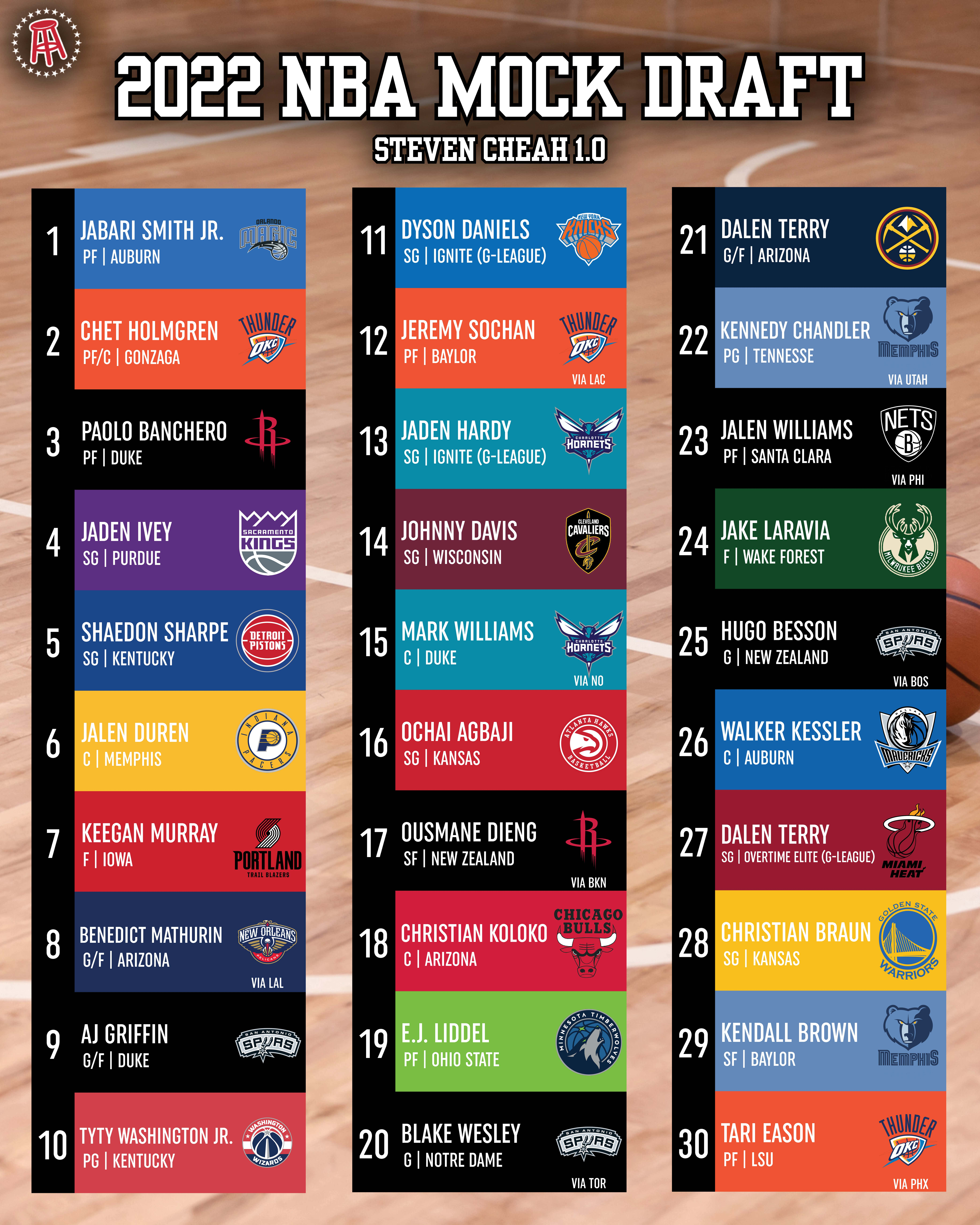