Hey Neil what the fuck man? Who hurt you? You're out of your mind if you think 99.9% of the humans on this Earth aren't and haven't been fascinated every time the Earth moves in between the sun and the moon since the beginning of time.

I'm no expert but I'm pretty sure entire civilizations' worlds revolved around that sort of thing and thousands of human sacrifices took place on the momentous occasions.

(Fun fact - A total lunar eclipse is also known as blood moon due to its reddish appearance. This happens as the red wavelengths of the sunlight filter through Earth's atmosphere onto the moon's surface. As per NASA, the air molecules from Earth's atmosphere scatter out most of the blue light.)

And so what if we like checking out the "Blood Moons" Neil?

Not every city is blessed to have a Barry Butler like we are in Chicago, so I'll be damned if you're trying to rain on my Blood Moon parade. Every time he posts one of these gems I get rock hard. 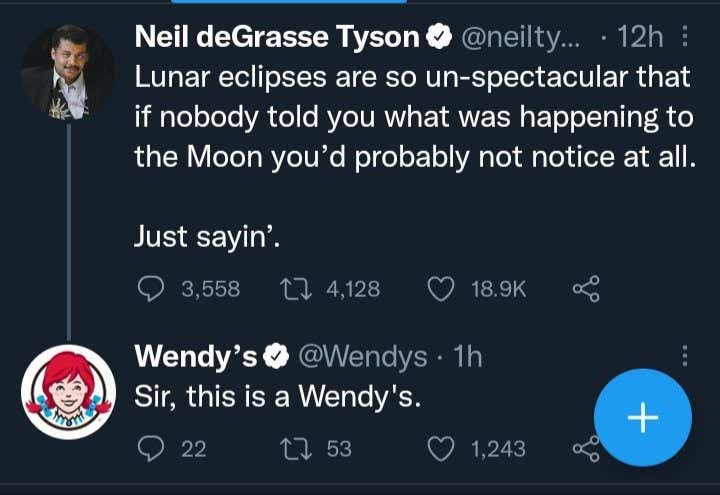 Bottom line here- nobody likes the guy who tells everybody else their taste in music sucks, their favorite food sucks, or their excitement over lunar eclipses is lame. Let people like what they like. Especially the moon.

And in case you needed any further confirmation that Neil's out of line right here, allow my friend Frank to weigh in-

p.s.- shout out to Debbie Downer