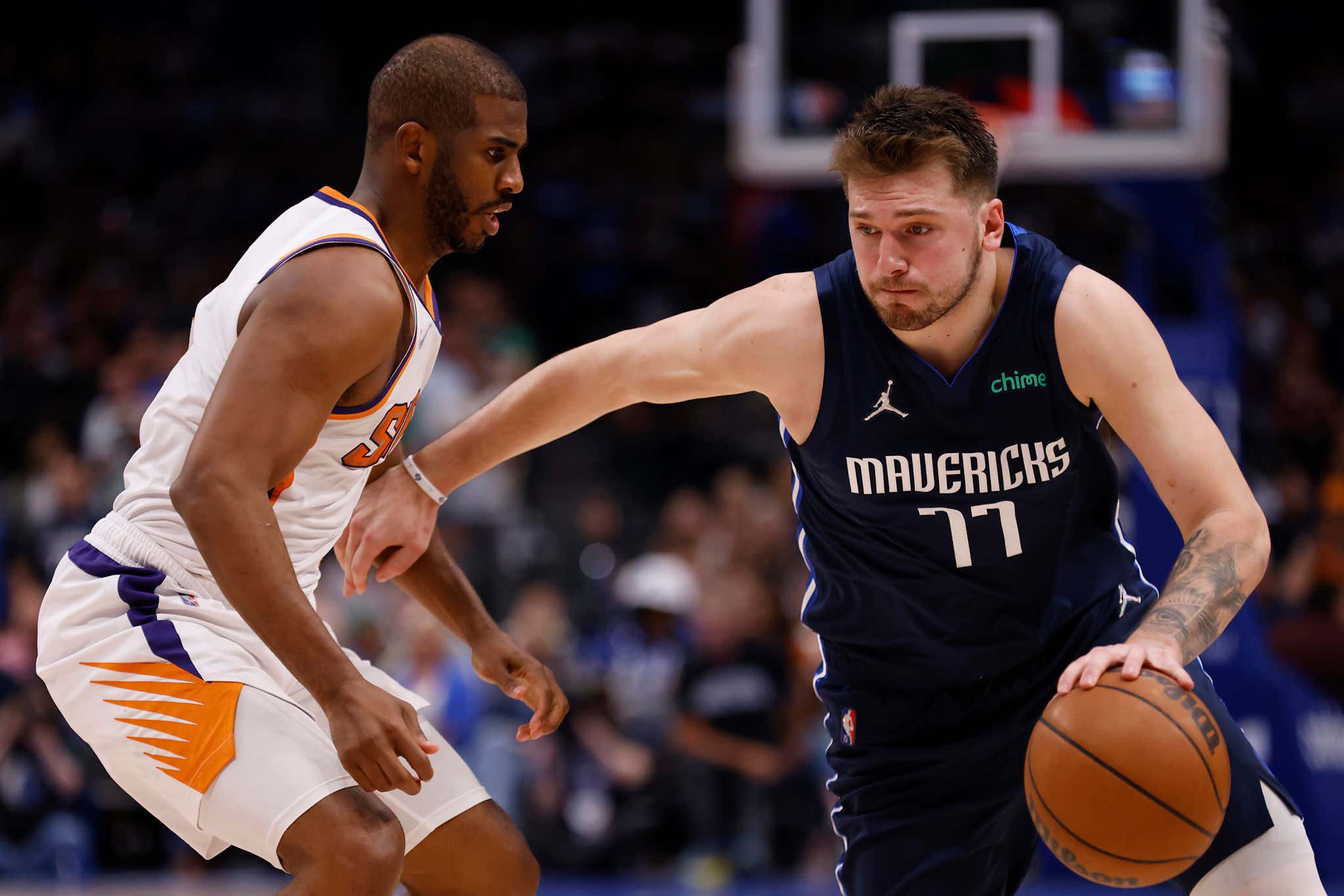 The Boston Celtics' historically good form on the road continued as they were able to extend the series in Milwaukee with a 108-95 Game 6 victory, and the Dallas Mavericks held home court against Phoenix to force the Suns back home for Game 7.

Both second-round series have been sensational. Boston's TD Garden is going to be electric as the historic Celtics franchise hopes to continue their quest for championship No. 18, while Luka Doncic tries to will the Mavs past the reigning West champion Suns.

Giannis and Tatum lace up for one final duel

Giannis Antetokounmpo (OU 35.5 points) and Jayson Tatum (+158 to score more than Giannis) will take center stage in today's NBA action. The reigning NBA Finals MVP has officially solved Boston's top-rated defense, averaging 40 points over his last four. Tatum shook off a mostly-poor series by his standards to get the Celtics off the mat with a 46-point effort of his own in Game 6.

While Tatum has garnered a ton of deserved attention and Giannis has lived up to his status as the best player in the sport, Game 7 will more than likely boil down to how each superstar's top sidekick performs. Boston's Jaylen Brown has provided far superior offense to Milwaukee's Jrue Holiday of late, yet the latter is an absolute beast on defense:

I know, I know. Marcus Smart is the Defensive Player of the Year and is tremendous in his own right. In the last preview, Iplugged Hank's parlay of Celtics winning and Smart Over 24.5 pts, reb ast in Game 6, and it hit. I'm not hating on him. However, Holiday made the biggest stops of the entire series on Smart in Game 5, and hit multiple clutch shots down the stretch to drive the Bucks' critical win.

Tatum is overshadowing Brown for the most part, yet the latter is shooting 46.4% from the field, 42.2% from deep and putting up 22.5 a night vs. the Bucks. It's no wonder Brown's Over/Under scoring prop is set at 24.5 points. That seems a little rich given the stakes, shrinking number of possessions and how ball-dominant Tatum figures to be.

Speaking of which, Tatum's playmaking ability may go as far in determining Sunday's outcome as anything else. He's markedly improved in that area, to the point where he's had 6+ assists in eight of his last nine at home. Tatum is at +104 for Over 5.5 assists.

You have to like Milwaukee's edge in experience from last year's title run. However, without All-Star wing Khris Middleton, on the road, it's a tall task for the Bucks to go into Boston again and steal Game 7. The Deer (+5/+170) are only 6-10 ATS and SU this season as away underdogs; the Celtics' average point differential at home is +6.6.

Given how tight this series has been, that five-point spread seems a little strong, does it not?

Chris Paul has at least 10 assists in 14 of his past 17 home starts, and has scored 19+ points in 13 of his last 14 elimination games. But the 37-year-old Point God has fallen from his divine status lately, mired in a slump that's featured long stretches of disinterest as a scorer, an uncharacteristic, shocking amount of turnovers and tons of fouls picked up. We're talking about one of the smartest basketball players to ever grace the hardwood. It's been bizarre to witness.

CP3's struggles are big reason why this series has gone the distance. The other is, of course, Luka Doncic (OU 53.5 pts, reb ast). Dallas (+6.5/+235 ML) is clearly being counted out. If series trends hold, Phoenix should absolutely win, as the home team has gone 6-0 during this fantastic second-round matchup. Even if Paul isn't on, the Suns have Devin Booker (OU 28.5 points), who proved during last year's run to the Finals that he embraces the big stage.

The Mavs are just 9-18 SU as a road dog in 2021-22. Doncic is going to need to exceed his combo Over by about 10 just for Dallas to have a chance. I'd still take the downgraded CP3 and Booker combo over Luka and Jalen Brunson, despite how impressive Brunson has been during the postseason.

While I tend to trust Phoenix's wing players like Mikal Bridges, Jae Crowder, and Cameron Johnson over the likes of Dallas' Dorian Finney-Smith, Reggie Bullock and Maxi Kleber, there's been an underrated X-factor who's asserted himself in this series and picked up four steals in Game 6: Frank Ntilikina:

I thought this stat had to be fake. Apparently not. Knicks fans are probably feeling a certain type of way about Ntilikina and Bullock playing a key role on a squad that's one win away from the Western Conference Finals. I mean, if Ntilikina plays like this in Game 7 and frees up Luka and Brunson to play with more energy on offense, that could really swing the outcome in the visitors' favor.

All bets are off for this one, I feel like. It's just gonna be an ugly, knockdown, drag-out slugfest that may well come down to who hits the final shot between Luka and Booker.

Here's what Barstool Sportsbook has in store for the first Game 7: Giannis and Tatum to score 30 or more + Brown and Holiday to hit at least two 3-pointers. I think all these dudes are big-time. The Greek Freak and Tatum are getting buckets at will lately, and I think 30 is on the low end of what to expect from them. Brown is averaging 3.2 made 3's per game this series; Holiday is at 2.5. Getting 3-to-1 odds for this parlay seems like a steal.

Not sure they could make the Under for Dallas and Phoenix low enough. The Suns are either going to win by 40 and hold the Mavs to like 35% shooting, or it's going to be an absolute slog for both squads as Booker and Luka each go like 9-for-30 from the field and both teams fail to reach 100 points. I don't see an old-fashioned shootout scenario. That's why I have CP3 hitting his Under in points. He's been straight-up sleepwalking for the better part of four straight starts.