John "Scrappy" Ramirez just moved to 10-0 and claimed the vacant NABA Super Flyweight Title on DAZN in the most emphatic fashion possible - that dude knocked Jan Salvatierra the FUCK out of the ring with a big right hand, putting him into a chokehold via photographer just to save his life, basically.... 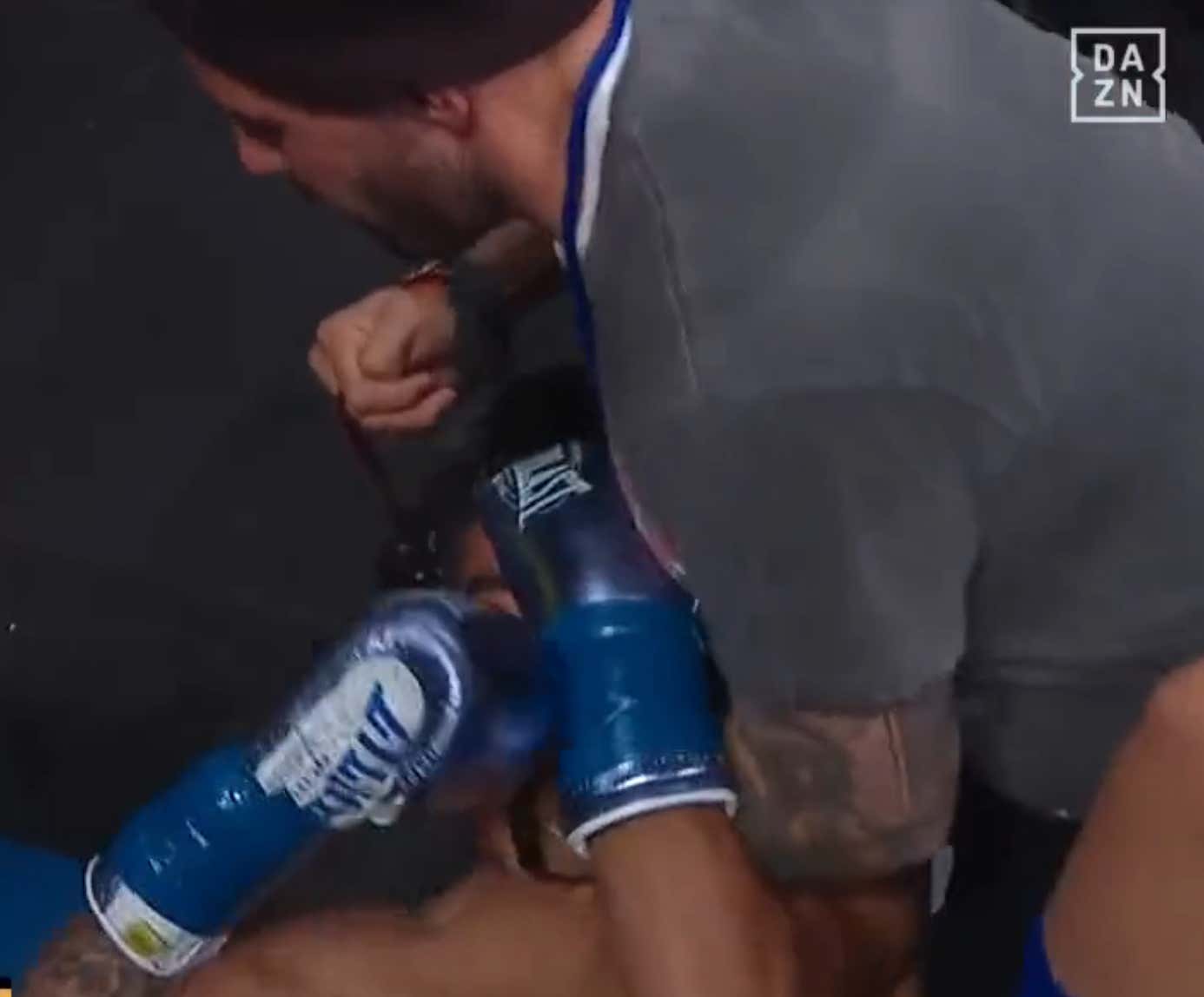 Oh, and how about the fact that they rolled his ass back into the ring and tried to let him get up after that? Hilarious.

Fellas - the fight is over. If a fight isn't over at this point…. 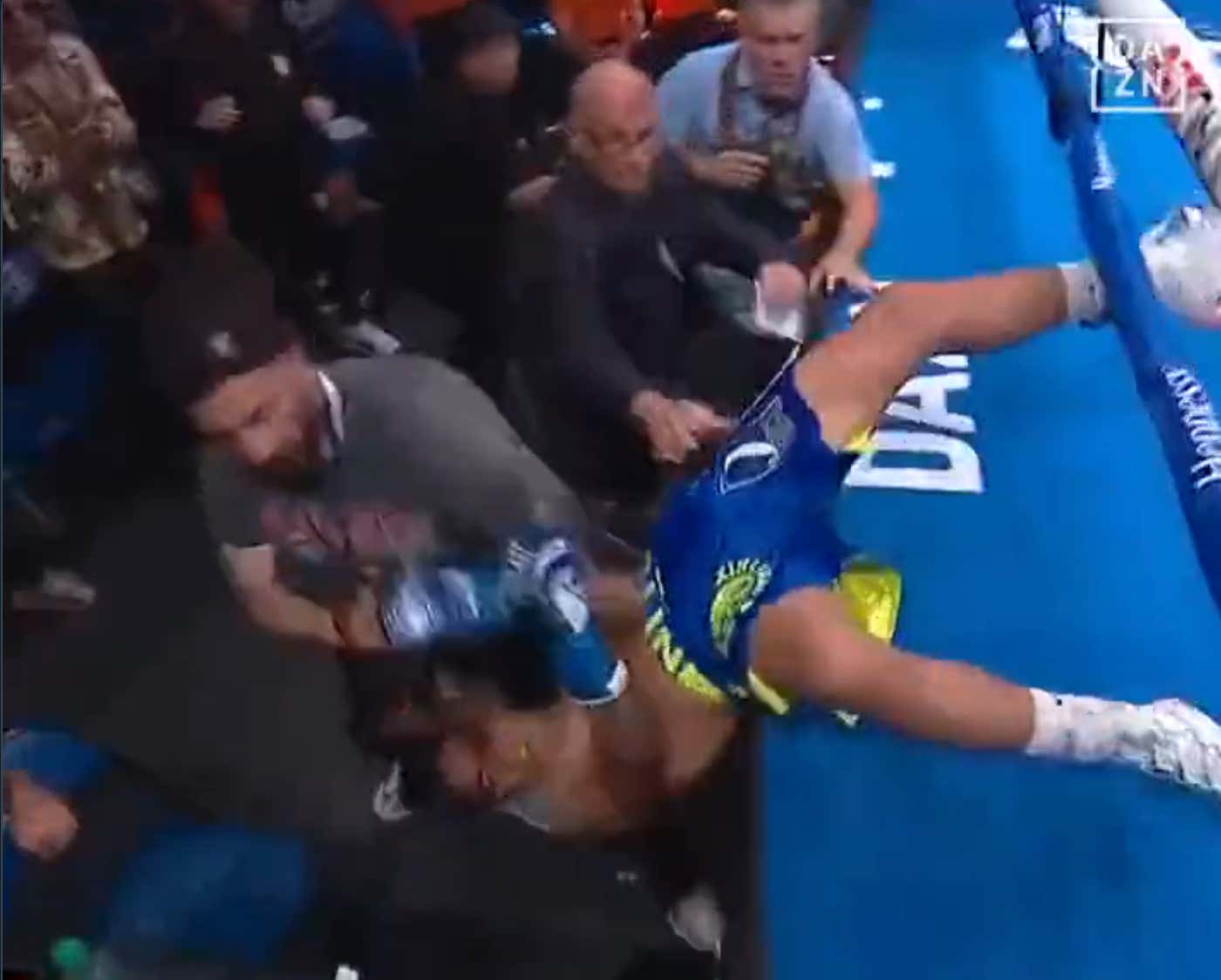 ….I don't know what we're doin here. I love that they just tossed the corpse back in there, though. Couldn't believe it when I saw it.

They might've literally tossed him Brock Lesnar-style too, considering these fighters don't look so big….

OHHHH SHIT AS I WAS WRITING THIS BLOG MICHAEL JOHNSON JUST KO'D ALAN PATRICK!! HE'S BACK?!

Johnson tried to walk off without a post-fight speech and told Bisping his performance speaks for itself, which I thought was pretty badass, but Bisping wound up roping him into a regular ass post-fight interview anyway. Kinda meh.

Woulda been way more unique if he stormed out like Tom Hardy in WARRIOR.