CNBC - Apple is discontinuing the iPod touch, the last version of the portable music player it still sells.

The announcement ends an era of digital music that Apple kicked off when it first introduced the iPod in 2001, boasting of its ability to hold “up to 1,000 CD-quality songs into an ultra-portable, 6.5 ounce design that fits in your pocket.”

The $199 iPod touch can send iMessages and place FaceTime calls in addition to playing music, but can’t make phone calls. Greg Joswiak, senior vice president of worldwide marketing at Apple, said in a statement that “the spirit of iPod lives on” through its many other products that integrate music-playing features.

Apple said the iPod touch will be available while supplies last.

Holy shit are we old.

The fact that my generation saw the coming of mp3 and digital music devices come in, completely revolutionize the music industry, (and world), and now go, is kind of mind-blowing.

Remember back to the days of Winamp, Real Jukebox, Windows Media Player, and HP Music app?

The days of downloading music onto your Compaq Presarios, Dells, and Gateways at home were the golden days. The only issue was portability.

How did you get your electronic tunes onto one of these bad boys?

First, there was Microsoft's "Zune", a disaster of epic proportions.

Not necessarily from a technical standpoint, I had friends who had these bad boys and they swore by them. But they are also die hard PC for life types, so I always took that with a grain of salt.

The Zune wasn't ahead of its time. No, it was actually more an issue of marketing.

As anybody who read Steve Jobs' biography or watched one of the Steve Jobs movies knows, the iPod was also initially a flop. Until Jobs, (as the "story" goes) realized Apple needed to convey what the iPod actually allowed people to do with music in plain English terms they could understand. Nobody knew what the fuck 1000 megabytes was. But they knew how much 1,000 songs were. 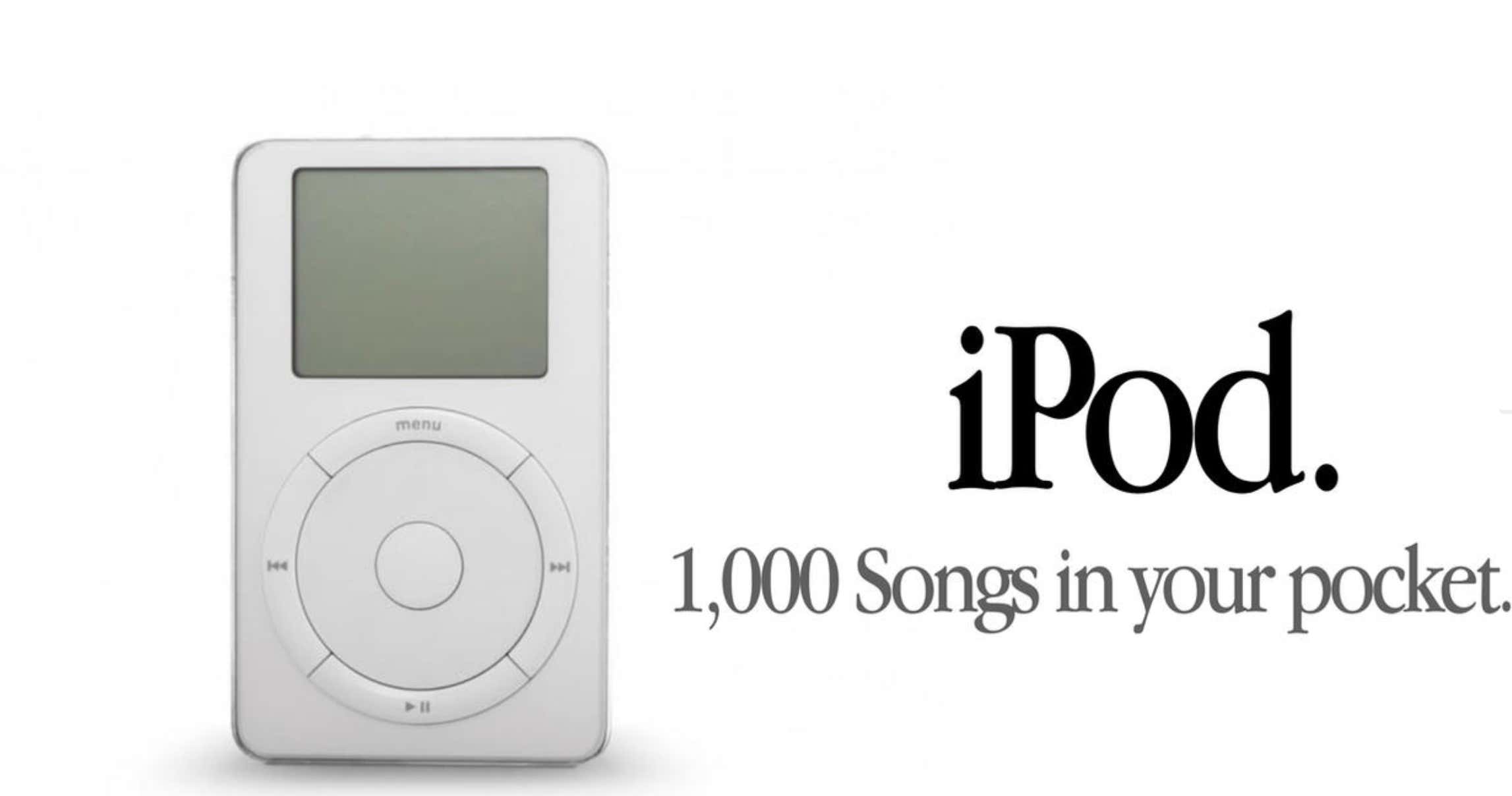 When the iPod did catch on, it was like wildfire.

Everybody had to have one as they became as much of a status symbol as they did a convenience.

And for all the noobs or pussies out there afraid to ride the lighting of Napster or Limewire and pirate their music illegally, (like parents), Apple unveiled the iTunes Store.

The iTunes store enabled you to download songs safely, in high quality, and sync them to your iPod with ease. For computer illiterate people, or just anybody looking to avoid issues like this -

it was a dream come true. (Sidebar - if you were one of those people who used to alter file names to crazy shit like "DMX, Kid Rock, Eminem, Jay-Z, Limp Bizkit, and Method Man Unreleased Freestyle" and then put some virus-embedded audio file of a girl getting the pipe, you were the worst.)

The iPod ended up blasting Apple into the stratosphere as a company and defining Apple's design and marketing strategy going forward.

At first, the music industry, a dinosaur of all dinosaurs, refused to acknowledge the iPod's potential. They saw mp3's as evil, and the iPod as a fad. If you think back, most of our favorite artists weren't even available in the iTunes Store for years because they and their labels refused to cooperate. Eventually, everybody saw the writing on the wall and Apple not only became one of the biggest names in technology, hardware, and software, but also in music. iTunes is the biggest source for purchased music in the world today. Even with labels and the industry shifting towards subscription and streaming models.

Obviously, everybody has an iPod or music device in their pocket in the form of their smartphone today so it's not a surprise the iPod is meeting its end. But it's still a shame.

This just means your old white bricks are worth even more now.

Thanks to hipsters and collectors, old iPods have been commanding tall money. We're talking $20,000 bucks no bullshit.

But these are on the low end of the price scale. If you have a special edition, especially if it’s still in its original packaging, you could be looking at much more: Apple’s fourth-generation red-and-black special edition released in partnership with the band U2 are trading for around $7,000, used.

And that’s before you get to the real collectors’ items. A first generation iPod classic – “battery is really good for its age” – is on sale priced at $9,999.99. A second-generation, still-boxed iPod classic – that’s the last version that had the moving wheel – is currently listed for an extraordinary $19,999.99.

Terapeak, a company which tracks pricing of collectibles on eBay, released a study on the pricing of Apple products following the iPod’s discontinuation. It found that classic iPods in their original packaging were priced at collectibles levels – one U2 special edition, Terapeak noted, sold in November for $90,000 – and that ever since Apple discontinued the item the price of even late-model iPods had risen considerably.

Makes you want to head to your parents house and dig through those boxes of junk in your basement now doesn't it?

R.I.P. iPod. It was a hell of a ride. Kids of tomorrow will never know the joy of scrolling for their favorite song using a jog wheel.

Sorting folders via iTunes was a world ruiner. If you are OCD I'm pretty sure this would have pushed you to the brink.