I am not a public sauna guy, and mainly for the reason I mentioned in the title… I don’t enjoy seeing sweaty dicks.

I’ll go one further… Between us girls, I don’t enjoy seeing any dick that isn’t my own, so adding a layer of sweat to an already unpalatable subject makes that subject even less attractive to my naked eye.

“Well, Large, not all saunas have a bunch of sweaty cocks flopping around… Maybe you’re just going to the wrong ones.”

But allow me this- You are exponentially more prone to spy a sweaty dick in a sauna or steam room than you are almost anywhere else… Can we at least agree on that?

This scene is NSFW unless, of course, you work in a Russian sauna… Apparently, everything (including dicks and assault) is safe in those places…

Depending on your browser set-up, this video may be age-restricted... And for good reason.  But please, Google "Eastern Promises bathhouse scene" if you won't take my word on the fact that Russian steam rooms are very very scary AND chock-filled with sweaty Russian penises.

Now, I am a huge fan of Tolkien, but even I was never curious about Aragorn’s “hidden sword”... And now that I’ve seen it, I wish I could unsee it somehow.

“Well, Large… Maybe you don’t like saunas because you’re ashamed of your own dick?”

Yeah… Maybe.  But we’ve been over this before.

I am 6’5” and a LOT closer to 300 than I am to 250 pounds, so even with the amount of shaving I do “down under”, my above-average-sized penis often falls prey to the “small bird/big nest” phenomenon.

However, if you were somehow able to put my cock onto Zah’s body (and I’ve tried), then it would be breathtaking… Partially because it is the wrong color for Zah’s body, but also because of its inordinate size.

Where am I going with this on a Sunday morning?  And how is the heavyweight champ involved?

Well, I came across this old YouTube clip of Fury talking an unorthodox form of shit with Wladimir Klitschko presumably before their title fight in Düsseldorf, Germany in 2015.

In the clip, Fury recalls an event from years earlier being in a sauna with Wladimir and refusing to get out before he did as if it were some great challenge/fear of strength.

Klitschko claims he doesn’t remember what the fuck Fury is talking about, but I call bullshit… If you are ever 'lucky' enough to be sitting naked in a wooden box filled with steam across from an equally naked Tyson Fury, I am sure something would transpire that would stir a memory down the road.

Fury went on to win that fight with Klitschko, earning him the WBA (Super), IBF, WBO, IBO, and The Ring heavyweight titles and really putting him on the map for more casual boxing fans.  He then quickly fell into a downward spiral of booze and cocaine that nearly killed him.

Luckily, he pulled himself out, and now he is contemplating retirement.  And the thought of such a gracious champion walking away is heartbreaking for me because I am a big fan of The Gypsy King. 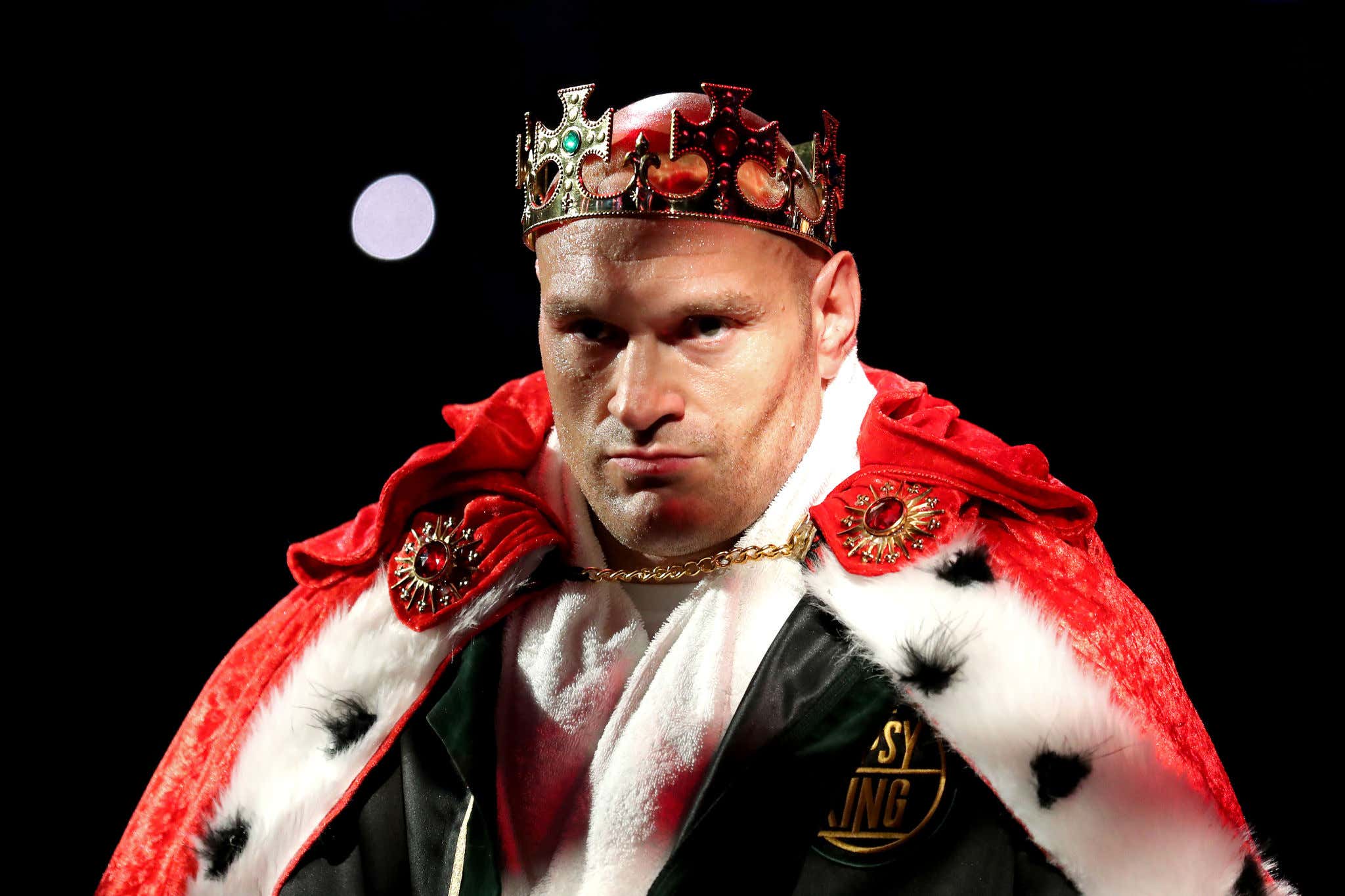 But after seeing this little YouTube clip, I don’t see how a man that found it impossible to step out of a sauna will effectively step out of the spotlight, so I think we’ll see a lot more of Tyson Fury before all is said and done.

And that's a very good thing.