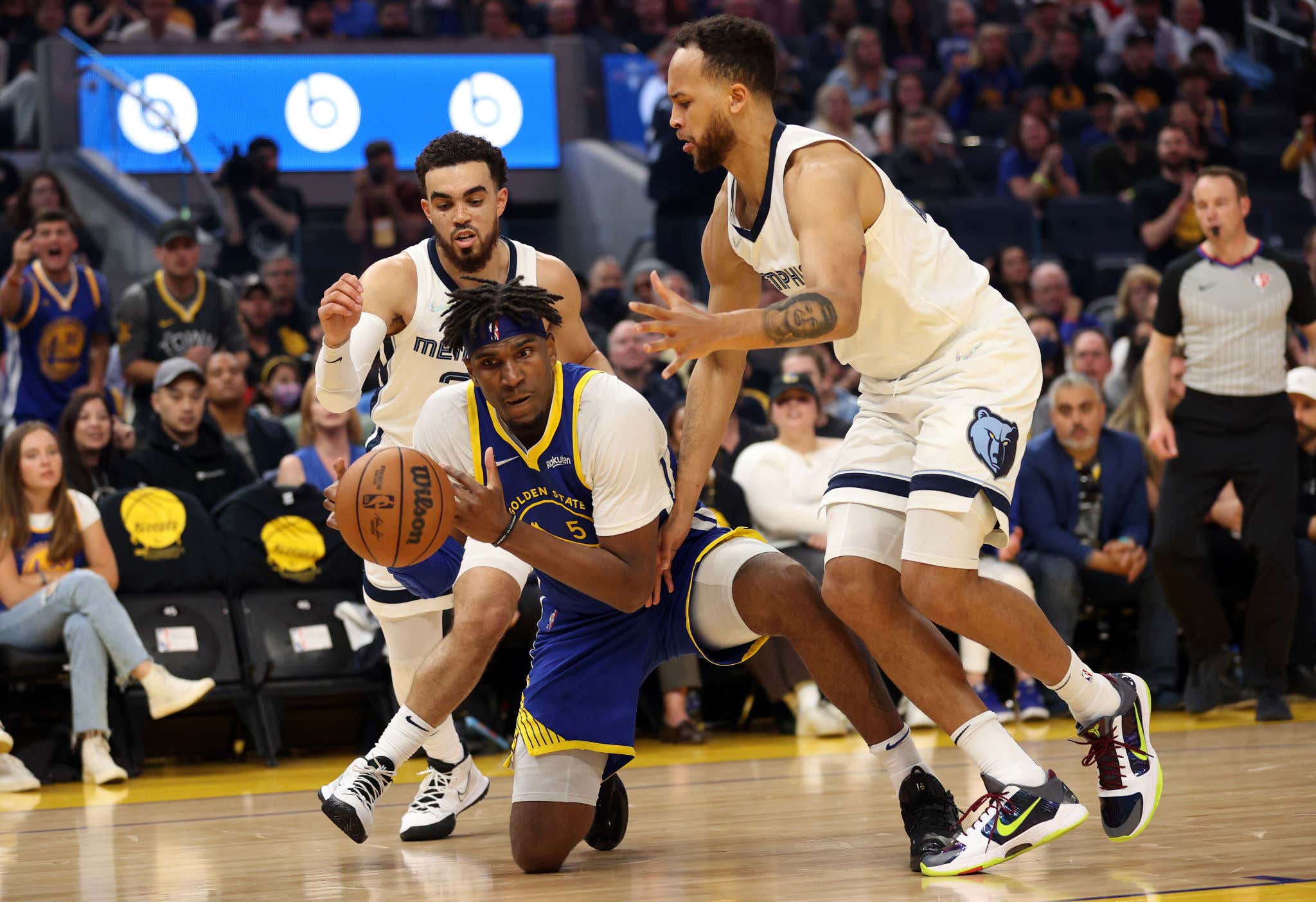 Holy actual fuck, Kevon Looney. The man who stresses me out more than any active NBA player with his constantly-flexed forehead and eyebrows. Maybe it's just his game face. I hope he has more peace within than his tense countenance suggests.

I'm not here to poke fun at Looney's facial expressions. I'm here to appreciate this man in all his glory. Looney went fucking NUTS in the Golden State Warriors' Game 6 close-out victory over the Memphis Grizzlies, recording TWENTY-TWO rebounds, with 11 of those coming on the offensive glass to earn the Dubs numerous, invaluable second-chance opportunities. He was instrumental in the pivotal fourth quarter, where Golden State outscored the Grizz 32-19 en route to a 110-96 triumph.

Looney was averaging 15.2 minutes per game in this series coming in. He was inserted into the starting lineup and stayed on the floor for a career-high 35 minutes. The guy earned EVERY MOMENT, because I don't think the Warriors would've won this game without him.

I seriously don't mean to overlook Klay Thompson's eight 3-pointers. That was an amazing storyline. Draymond Green's incredible line of 14 points, 16 boards and eight dimes will probably get lost in the shuffle, too. Andrew Wiggins stepped up with 10 points in the last quarter. Stephen Curry woke up for a several clutch shots down the stretch.

But for real, Looney brought this undeniable intensity, energy and effort that was sorely lacking in the Warriors' humiliating 134-95 Game 5 loss.

It'll be fascinating to see how Golden State deploys him going forward. Suddenly, I feel like they might have an answer for Suns center Deandre Ayton, if Phoenix is able to win Game 7 against the Mavs. I didn't feel that way before tonight. Typing that sentence feels wrong and weird but is accurate at this time. Dallas ranks 15th out of 16 teams in rebounds per game in the playoffs, so Looney may be the Mavs' worst nightmare too.

The Kevon Looney Game has happened, people. Embrace him and his anxiety-inducing, confused-looking game face!!