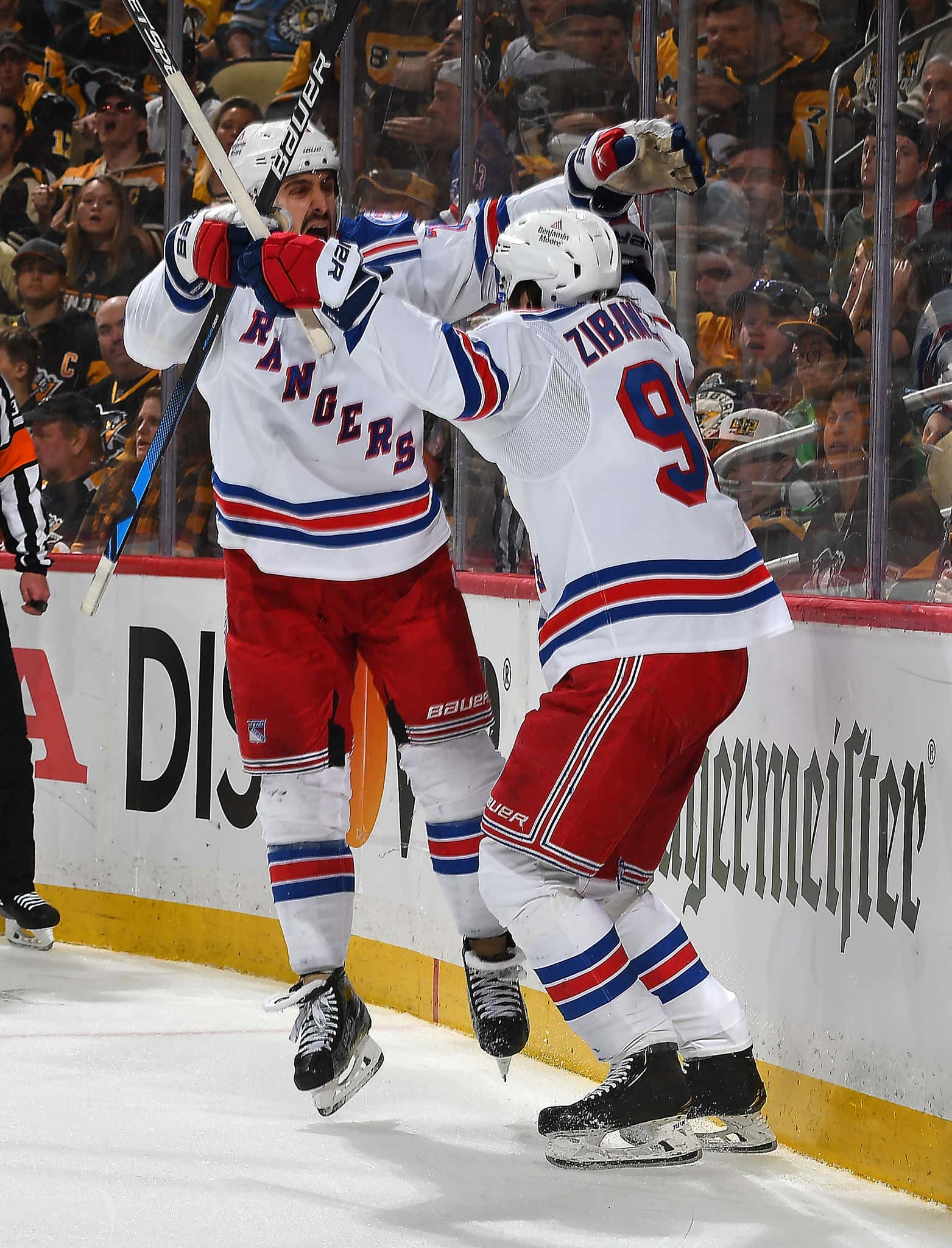 Man, these Rangers are a fucking roller coaster…

After a lifeless first period & gutless defensive zone play left the Blueshirts trailing by two, we were once again left scratching our heads wondering if this squad had any pride whatsoever. It was the same breakdowns. The same lack of resistance. The same team of passengers without a single player willing to drive. A comeback simply wasn't gonna happen if that same team stepped on the ice for the second.

Right off the bat Mika Zibanejad looked different. Looked hungry. Busted his ass for a semi-breakaway and first quality scoring chance I can remember for one of the Rangers biggest offensive threats. After Evan Rodrigues lost his composure and handed NY a PP that's saved their asses all season long, Zib hammered one home 5 seconds in to get them on the board - and if you've watched any of the games this series you know the Blueshirts score in bunches. Tonight was no different and Mika cashed in again barely a minute later.

Fast forward 7-8 minutes and, on another man advantage, Igor Shesterkin dropped an absolute fucking dime that resulted in a Chris Kreider rebound goal and a Rangers lead. Incredible.

Holy Igor. What a pass. pic.twitter.com/pkBctlc7PK

But like I said before, if you've watched any games this series you know full well that it's also only a matter of time after taking an improbable lead that the Pens are gonna have a response. A brutal cross-ice decision by Trouba sprung Malkin on a breakaway late and knotted the game going into the final frame.

Now the Blueshirts have been there before. Game 1 - third period and 2+ overtimes. Game 3 - third period. Ample opportunity to score a crucial goal (that counted) and take a lead for good. They came up empty both times. One more empty effort and it was their season. But in storybook fashion with less than a minute and a half left in a tightly played period, one of the most talked about storylines when previewing the series was finally brought to life. A seemingly harmless Kreider shot from distance hit third-stringer Louie Domingue in the hands and inexplicably bounced over his head like a peewee goalie, slowly rolling across the goal line & costing Pittsburgh a second shot at advancing. All the "IGOR" chants in the world ring hollow now that the real Domingue showed himself at the most inopportune time for his home fans.

Just a wild game. Wild series. No they haven't played well for a majority of it. No they weren't facing an opponent anywhere near full strength. Still, it's the playoffs and these baby Blueshirts are still simply finding ways to win.

Do it one more time and it's on to the second round.