Anyways, the point of this blog is that the most anticipated NFL game this year is without question the Bengals visiting the Browns on October 31st for Monday Night Football in Cleveland.

Listen, I'll be the first to give credit where credit is due. The NFL scheduling committee clearly put some thought into this, and I tip my cap to them. Halloween Monday Night Football. Browns vs. Bengals. The perfect matchup. And obviously, the move needs to be color rush uniforms...

Browns in all orange:

Bengals in all black:

However, and this would likely need to be collectively bargained, I think it would be mutually beneficial for everyone involved if they did a costume game. Think about it. Joe Burrow dressed as a leprechaun, showing how lucky he was to make the Super Bowl / remain alive last year. And Myles Garrett in his signature Grim Reaper costume.

Let the players express themselves, build their brand, dress however they please. A Halloween Night extravaganza. Browns fans in their Pumpkin Heads, and the visiting Bengals fans can break out their favorite costumes too. 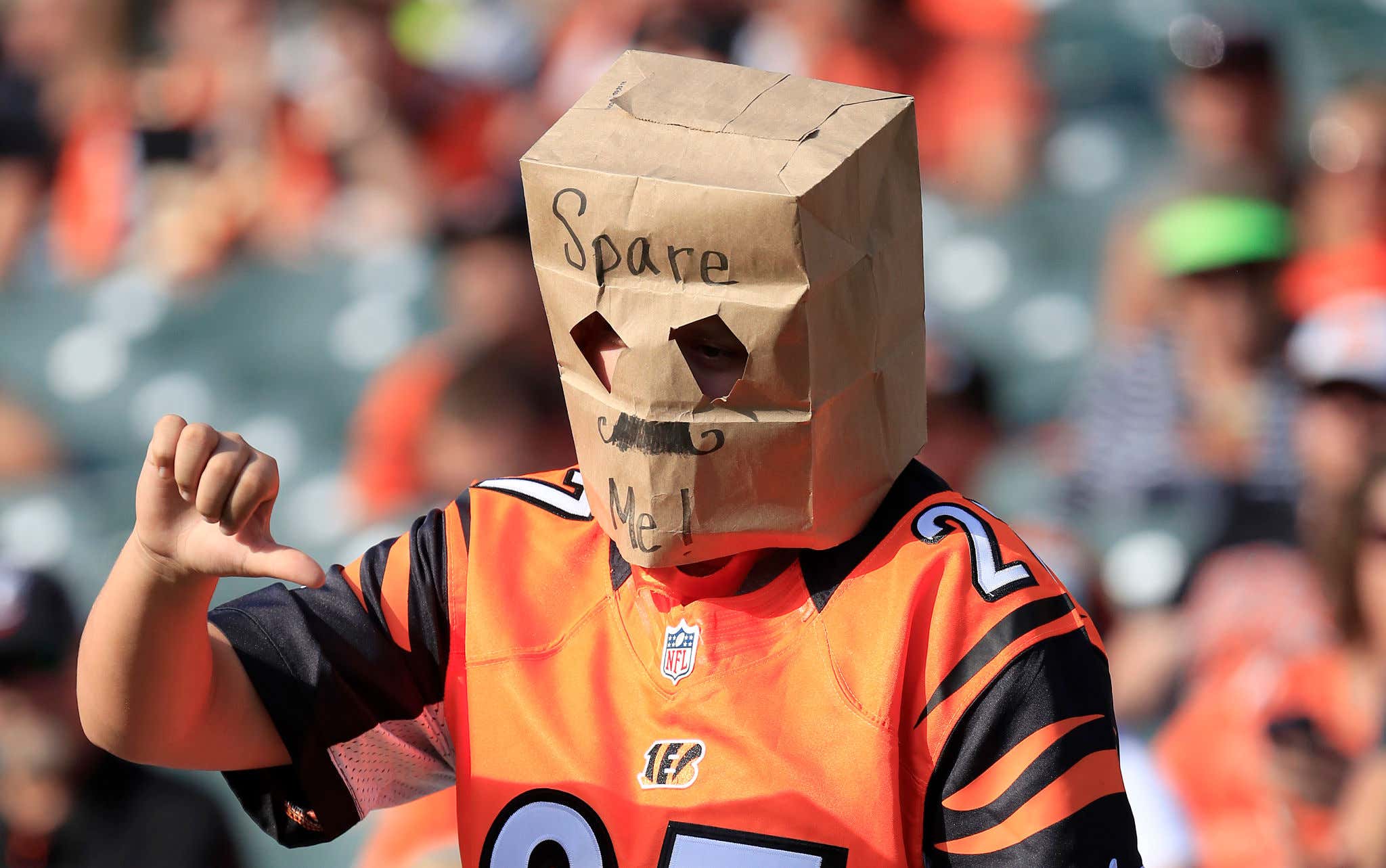 Here's the thing: I'm already sick of the Cincinnati Bengals. Yeah, they made the Super Bowl. I don't understand how. Everyone knows that was the luckiest run in football history. And everyone knows they're still a joke of an organization. Is Joe Burrow good? Yeah, he's….pretty good. Above average for sure. But the fact of the matter is they haven't even beaten the Browns since 2019. And EVERYONE beats the Browns.

Point being, as a Browns fan, at least I could always say at least we're not the Bengals. But now the Bengals fans are pumping their chests out like they aren't a joke. I've got them at 4-13 this year.