Every team put out their own video for the schedule release but only one team totally nailed it: The Chargers. Absolute and total perfection. PERFECTION!!!!! Lets look at some of the easter eggs. 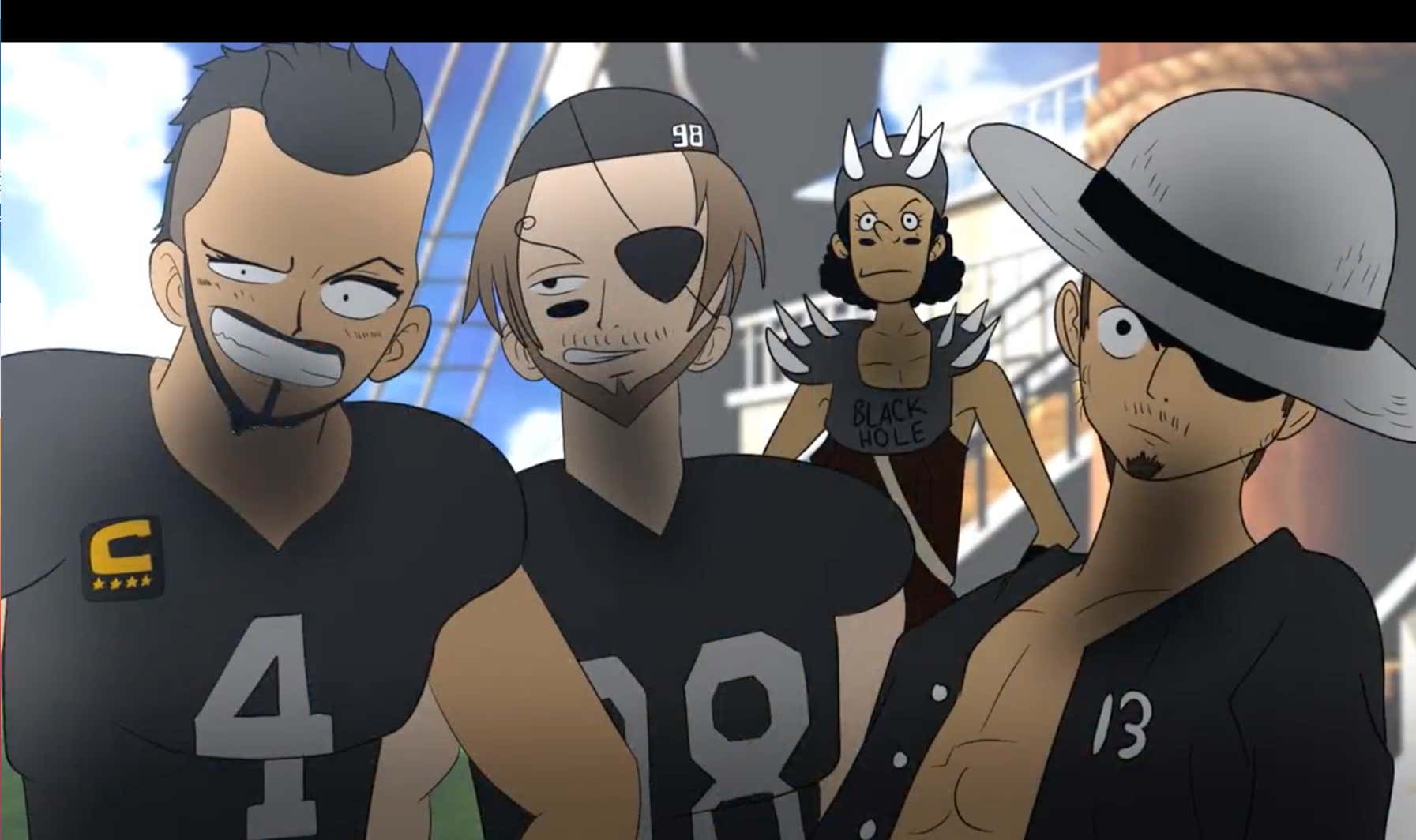 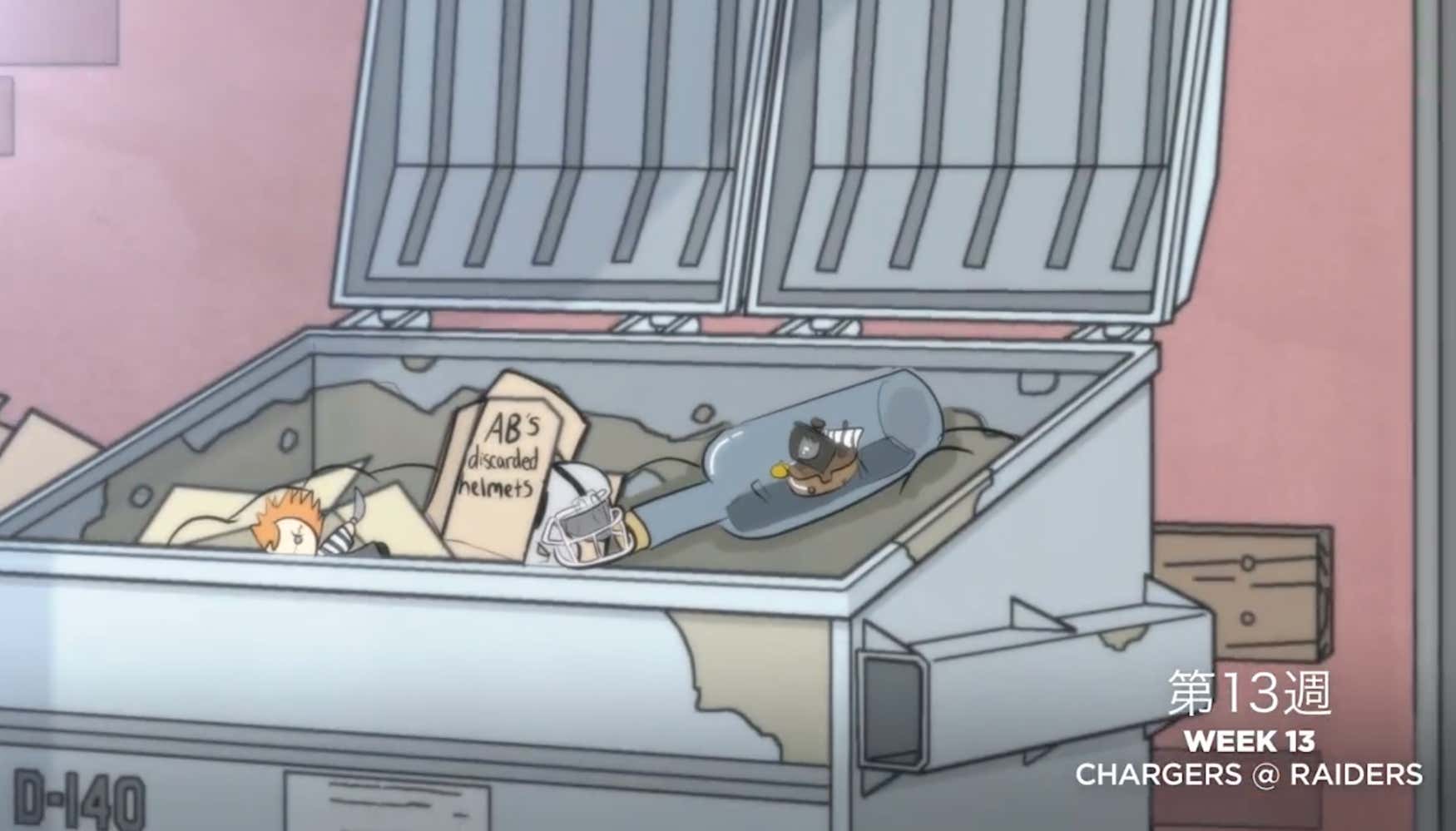 Turning the Raiders into the crew of the Going Merry from One Piece was stroke of genius. What was even better was making sure Derek Carr's BOZO haircut made it into the illustration. Leaving them with the corpse of Gruden and AB's helmets in a dumpster labeled D-140 (for Adam's obscene contract) was also amazing. Also, they had "Family, Trust, Respect" peppered across the ship. That acronym is FTR aka the classic FUCK THE RAIDERS. 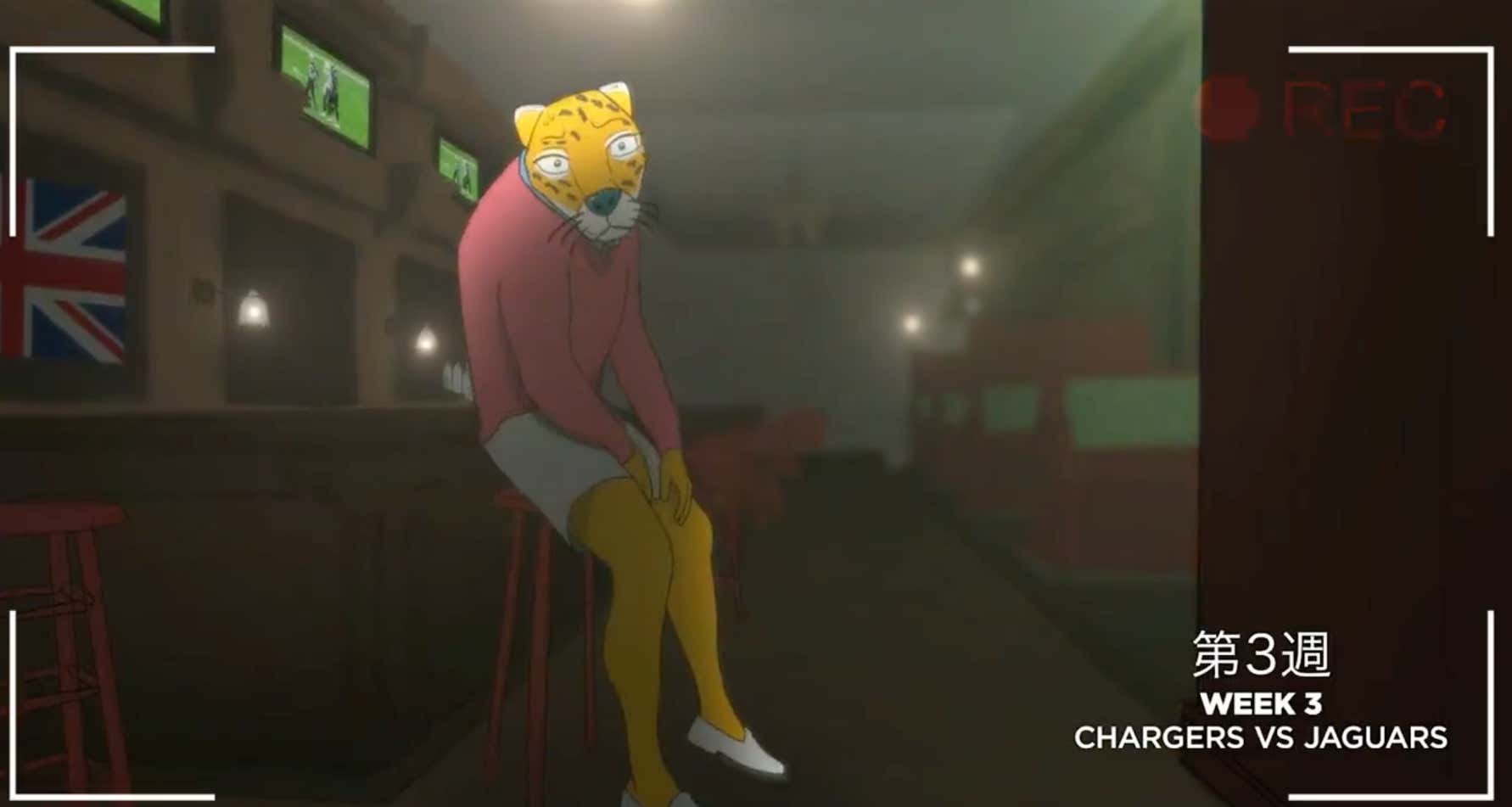 If you ask me, there is no maximum level of abuse for Urban Meyer's time in Jacksonville. Throwing his dumb ass into the british pub for the London game was also funny, but the moment playing on the TVs is even better. 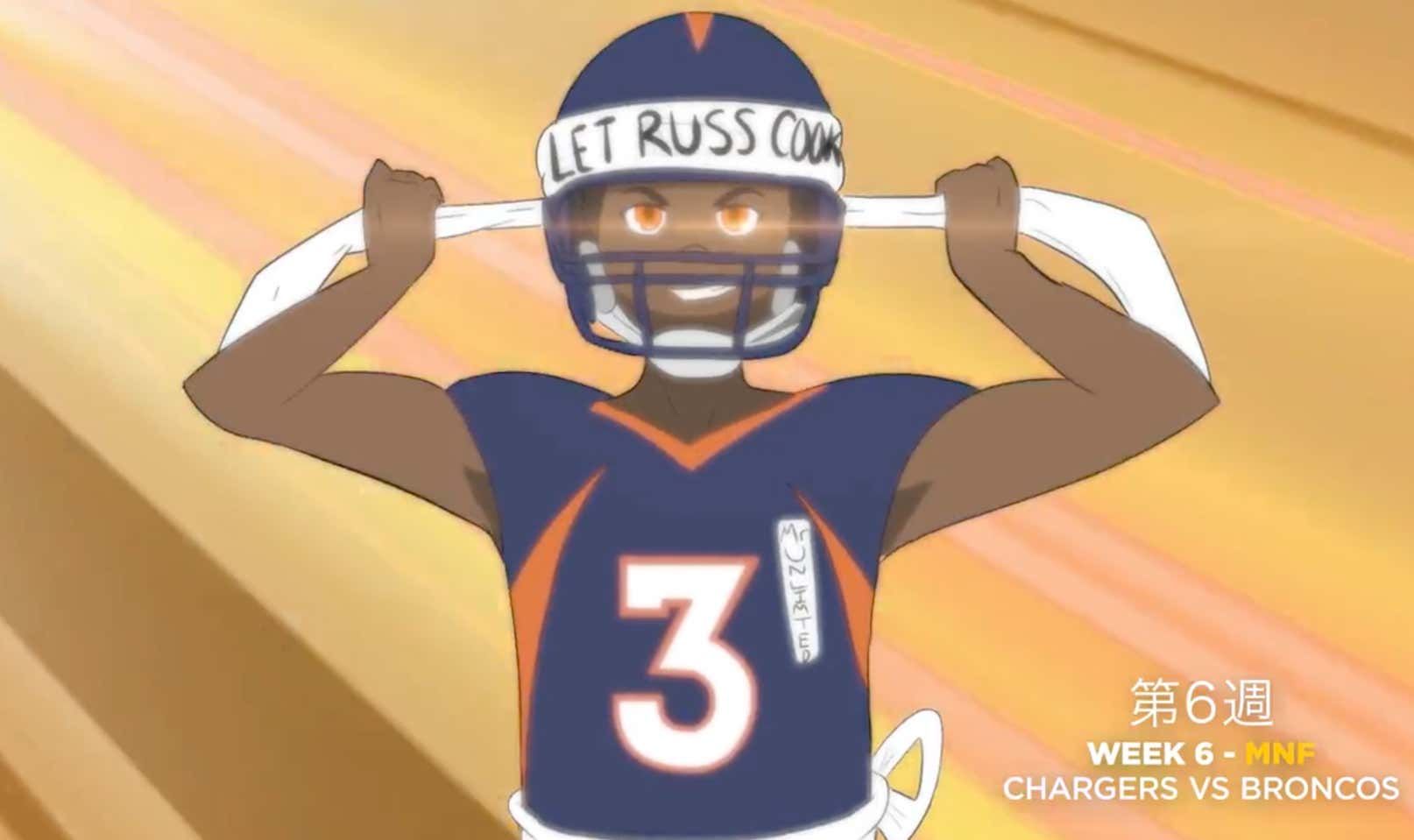 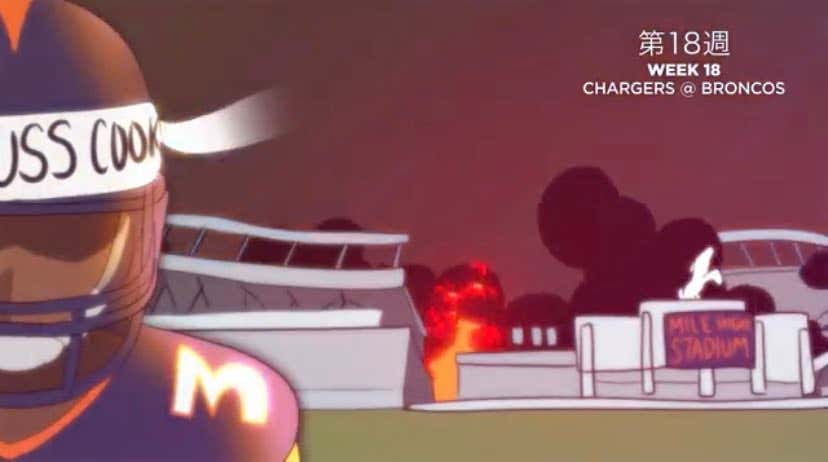 Let Russ cook (+ Mr. Unliiiiiiiimited) leads to a stadium fire like the one they had a few months ago. Also great. 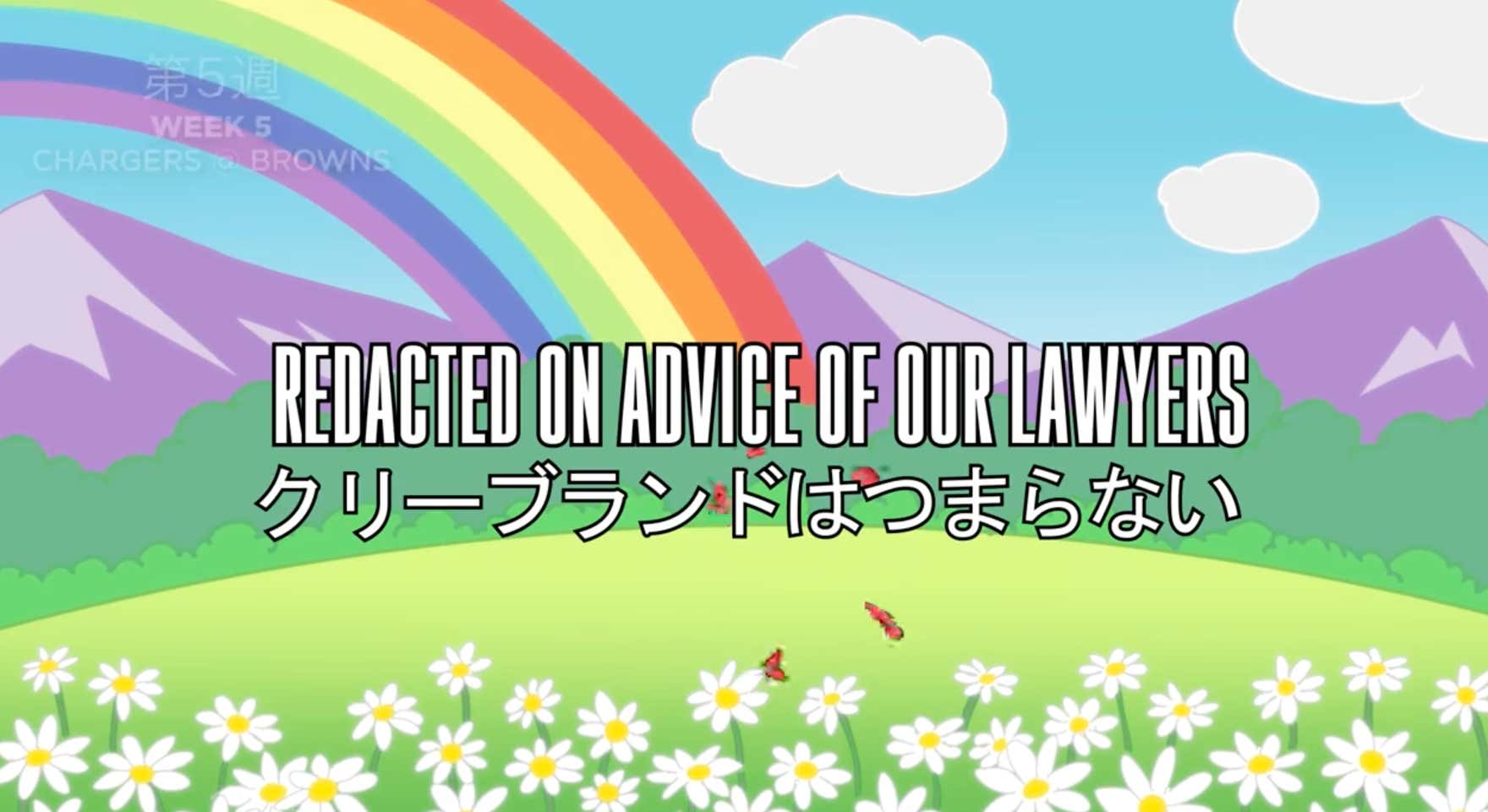 Shoutout to Deshaun Watson for inspiring this one. 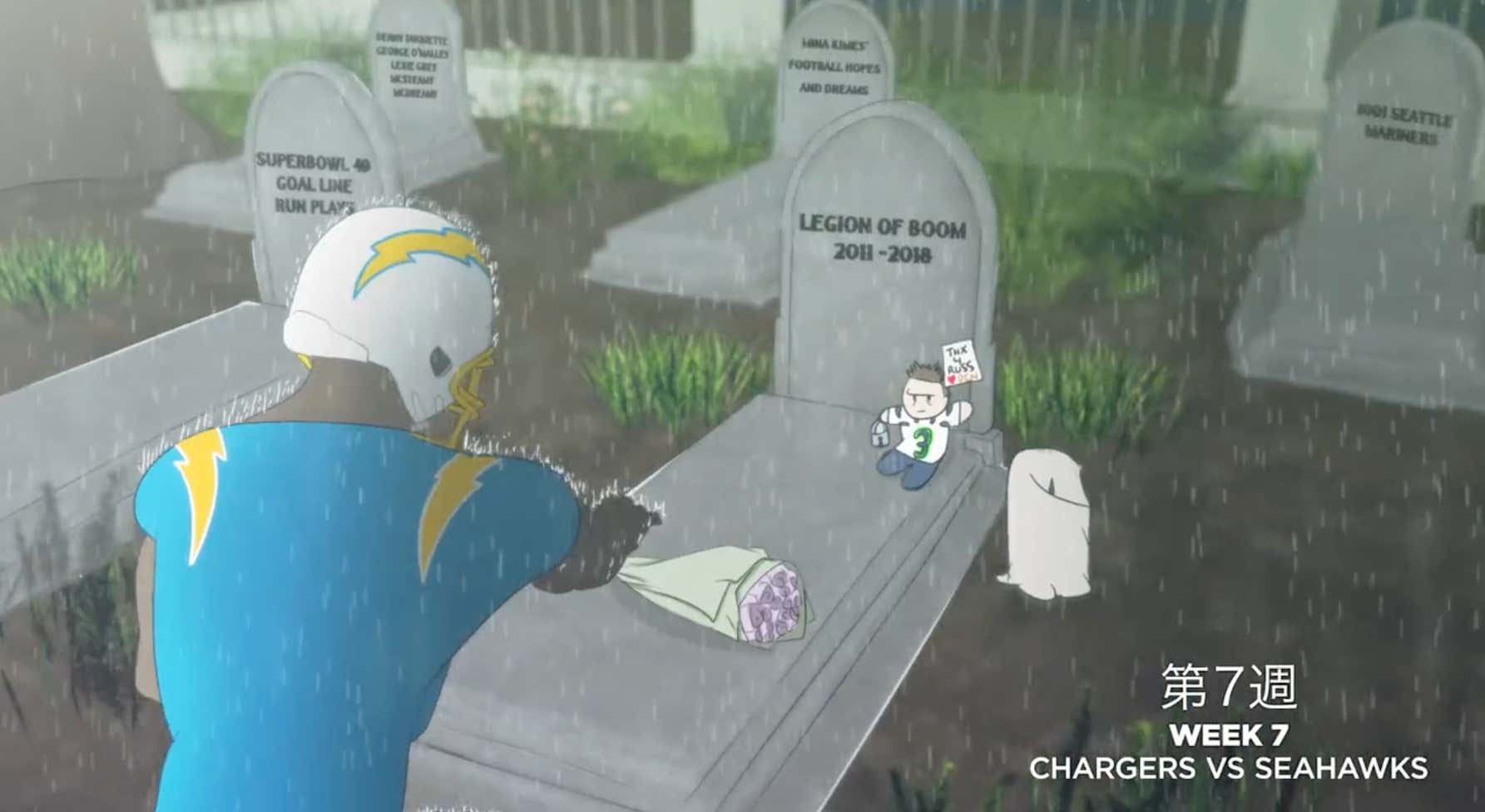 Check out the graves. The LoB, the superbowl fuck up, the Mariners, Mina Kimes (lol) and then all the dead main characters from Grey's Anatomy. 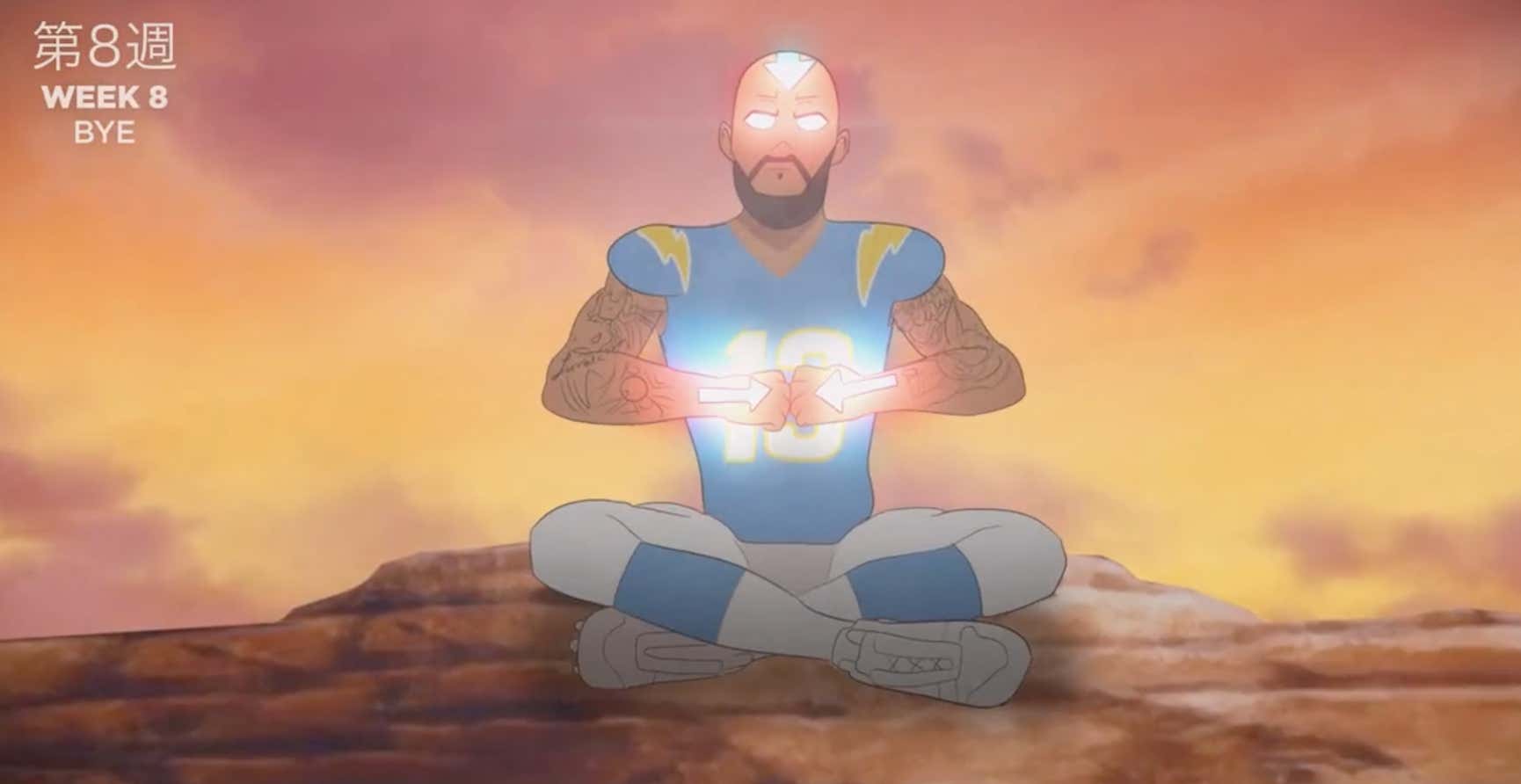 An avatar the last airbender reference is always appreciated, 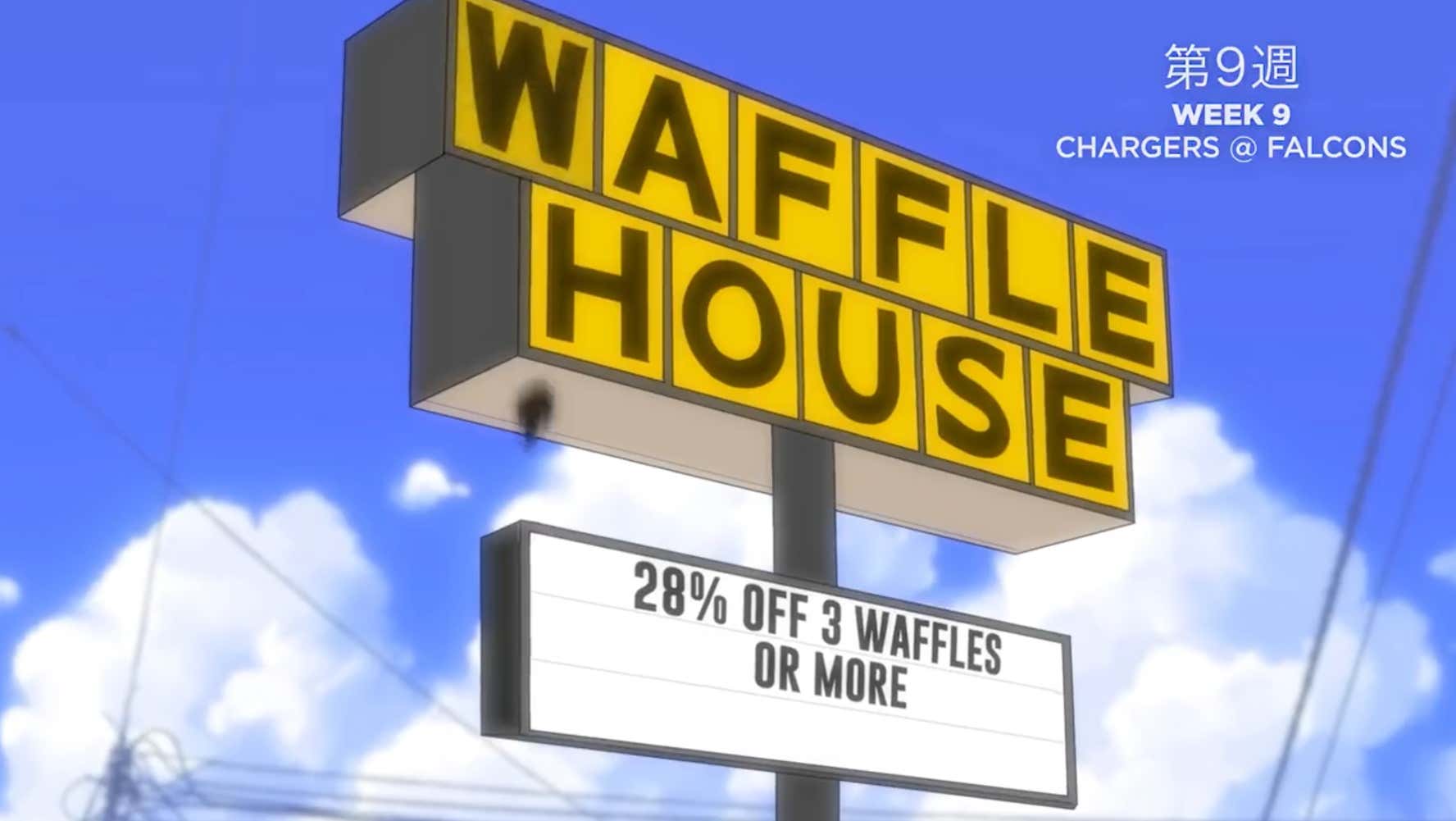 Take a quick peek at their specials. 28-3 baby. 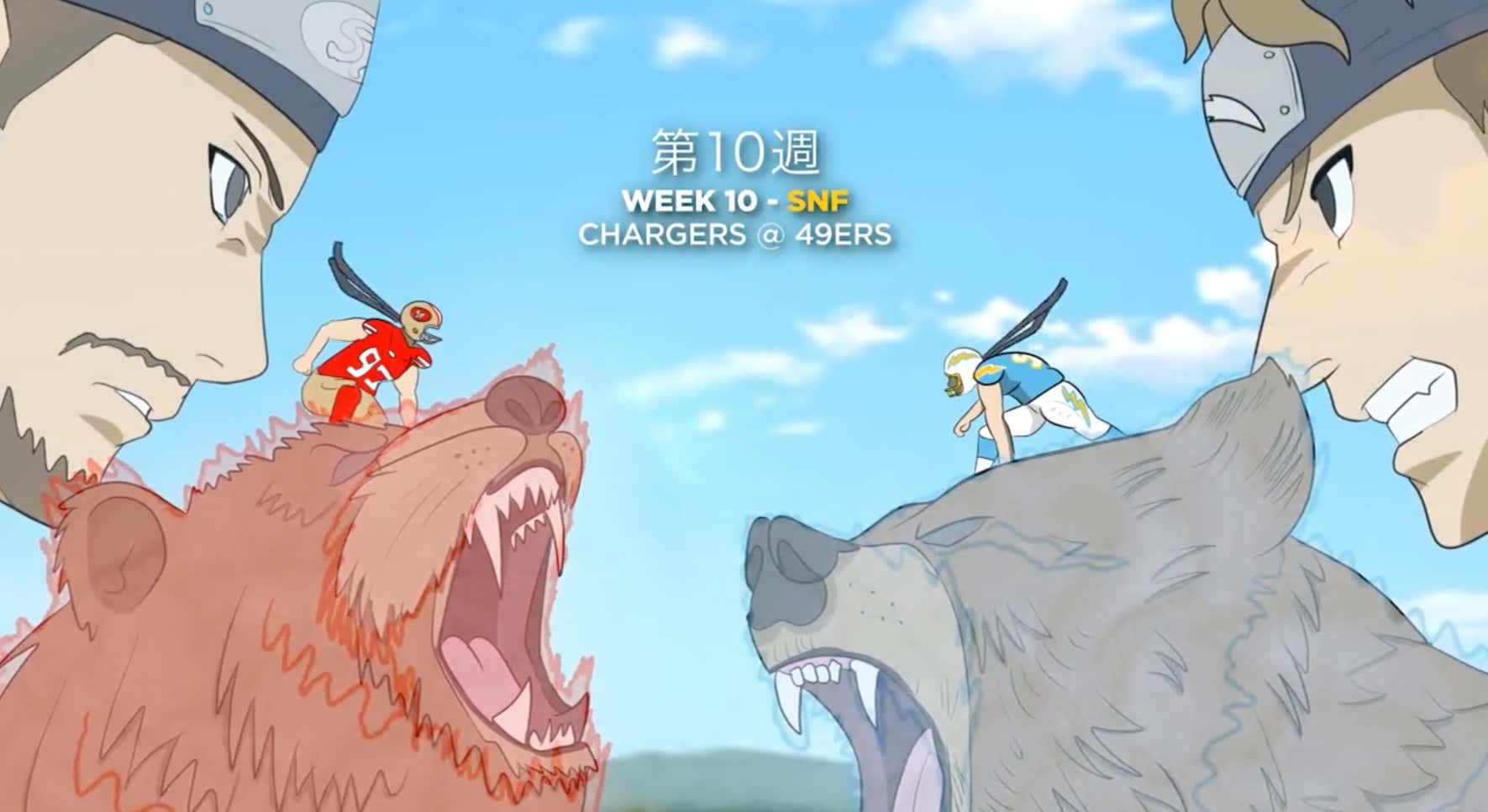 The Bosa Brothers getting the Naruto-Sasuke treatment is cool as hell. No joke here, but it's awesome. 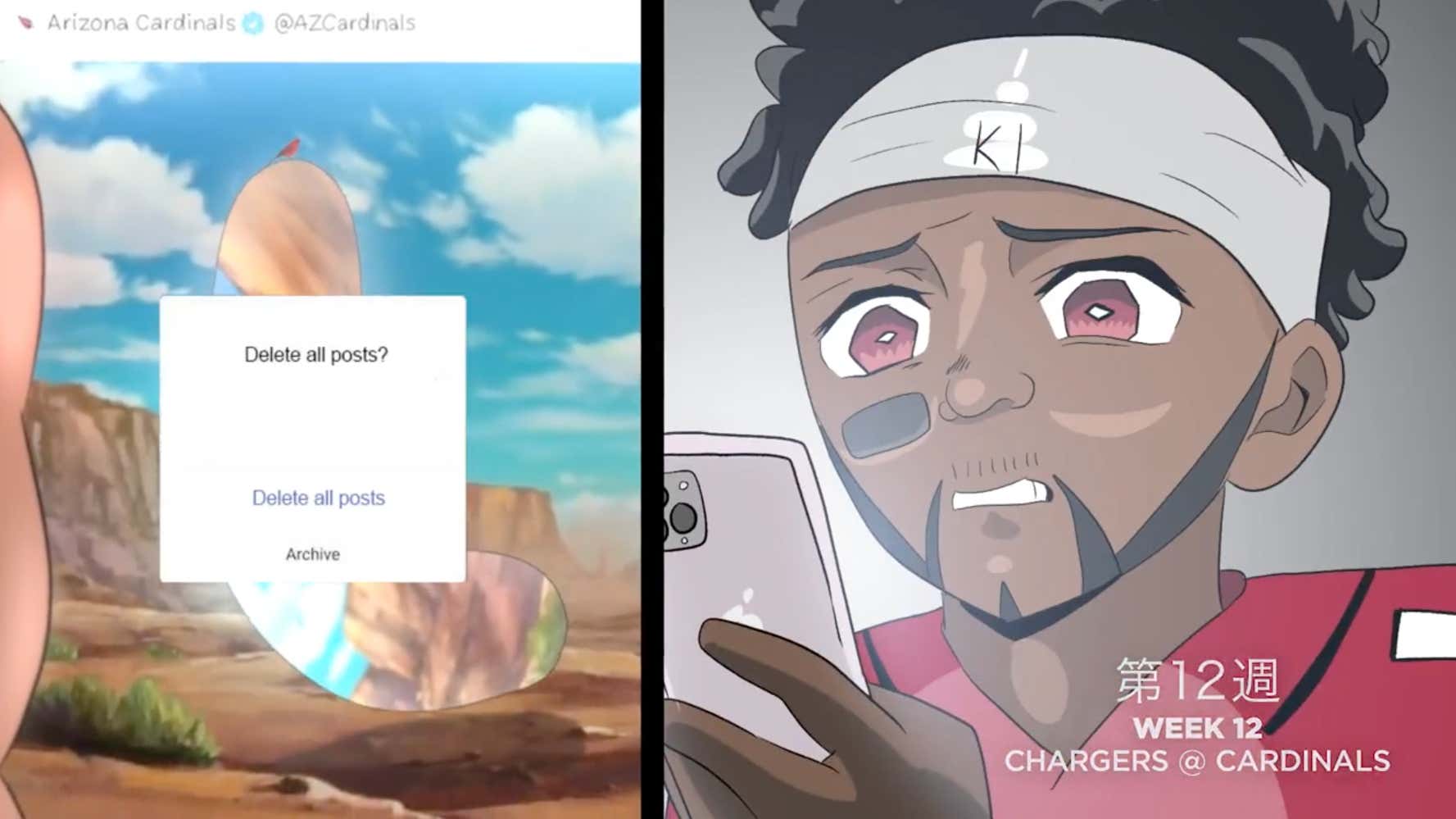 People forget crybaby Murray deleted all his cardinals shit when he thought the team that got him Deandre Hopkins wasn't doing enough for him. 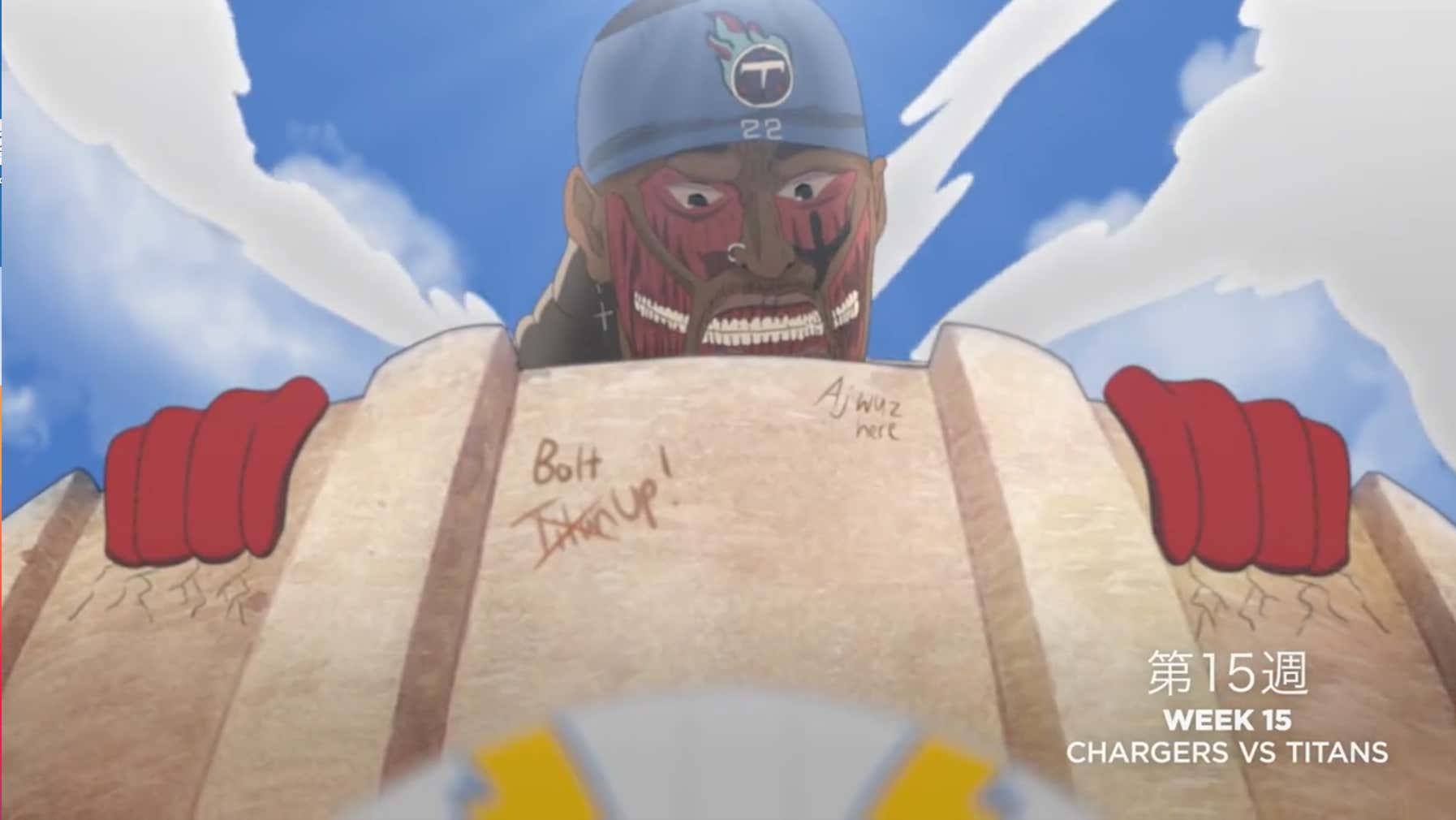 I've been trying to get an attack on Titan-Derrick Henry shirt live on our store FOREVER but I just don't think the market is there. I'm glad that the chargers realized the potential, though. Nice dig at losing AJ Brown as well. 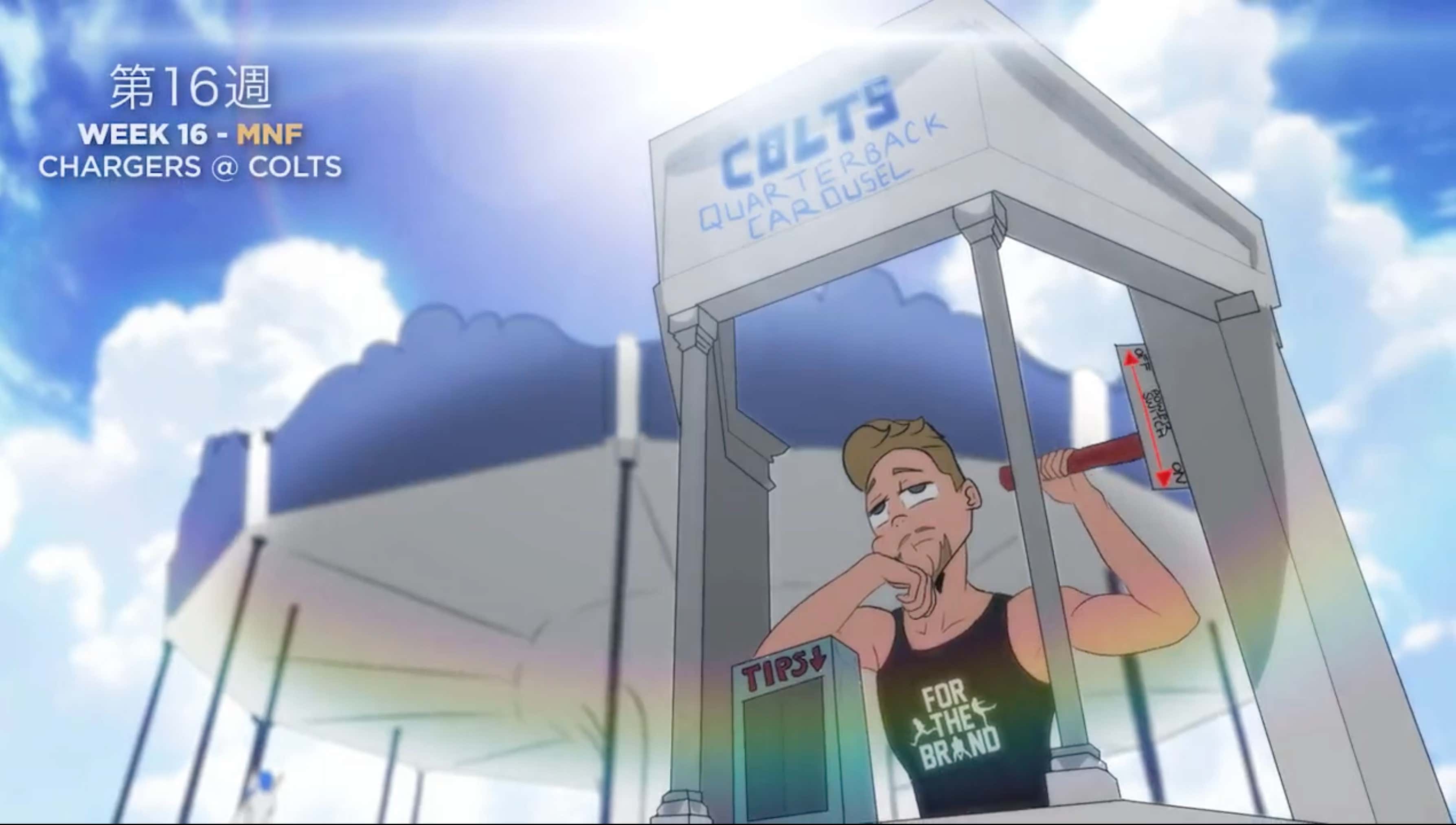 Love the little McAfee shoutout. Also loved them making giving the Philip Rivers horse a bolo tie instead of a number. 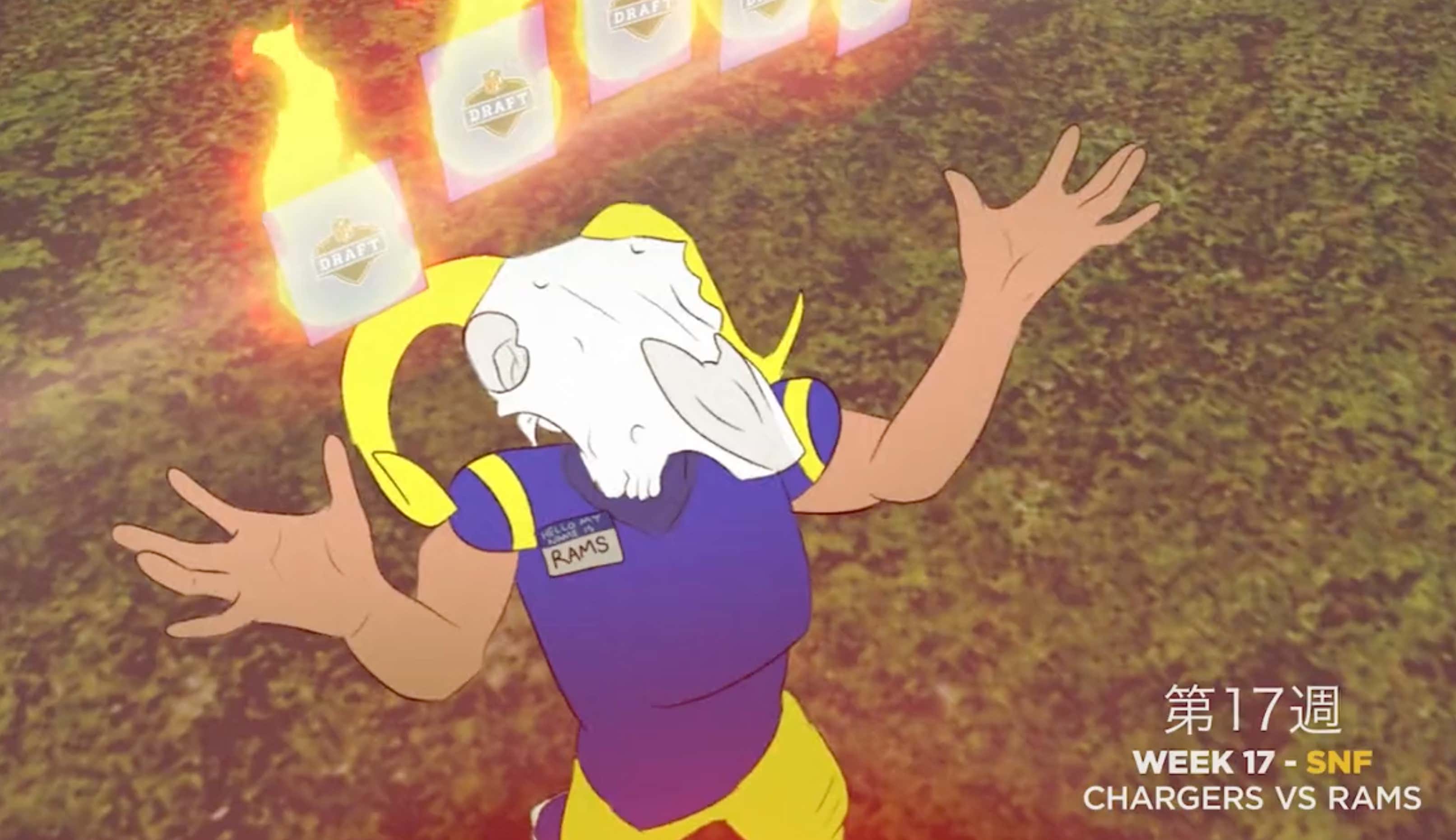 The Rams burning down their draft picks is hilarious, but it is also hard to argue with the end results…