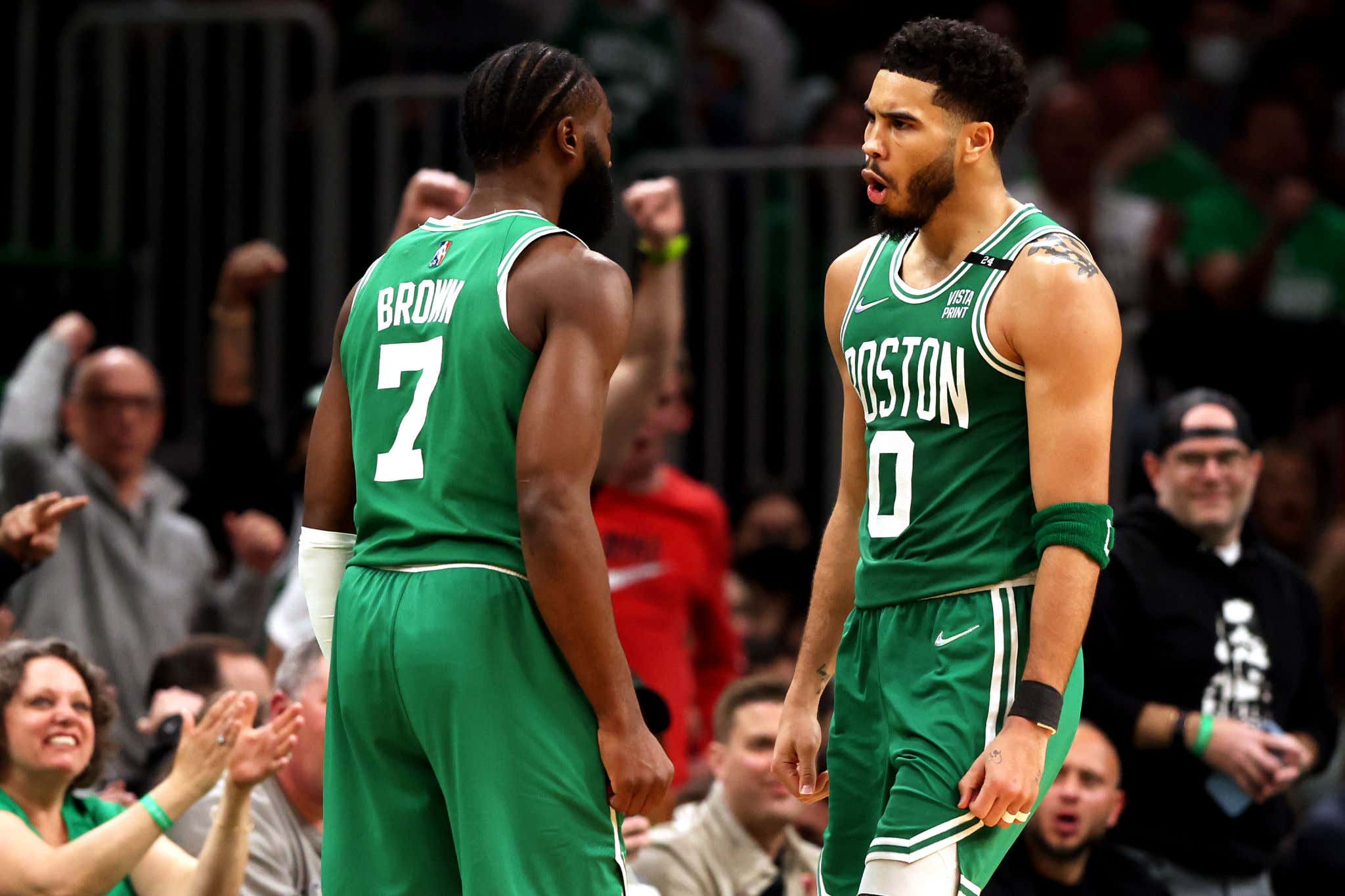 You guessed it, welcome to the biggest and most important game of my life. That's how this shit works in the playoffs. Each and every game is the most important thing in existence for a brain as deranged as mine. First round, second round, ECF, NBA Finals, doesn't matter. A normal person might suggest that a Finals game means more than a Game 6 in the second round but I would call that person a moron. This is it. The Celtics season is on the line due to their own inability to resist shitting their pants and blowing a crucial Game 5 in their own building in which they had a 6 point lead with like 90 seconds to go.

I can't lie to you, these last few days have been brutal for yours truly. Haven't slept for shit, I had my first meal yesterday at 4:30pm because I haven't had an appetite. Sure my summer body might thank me later, but this is no way to live. I still can't even close my eyes for a millisecond without seeing this 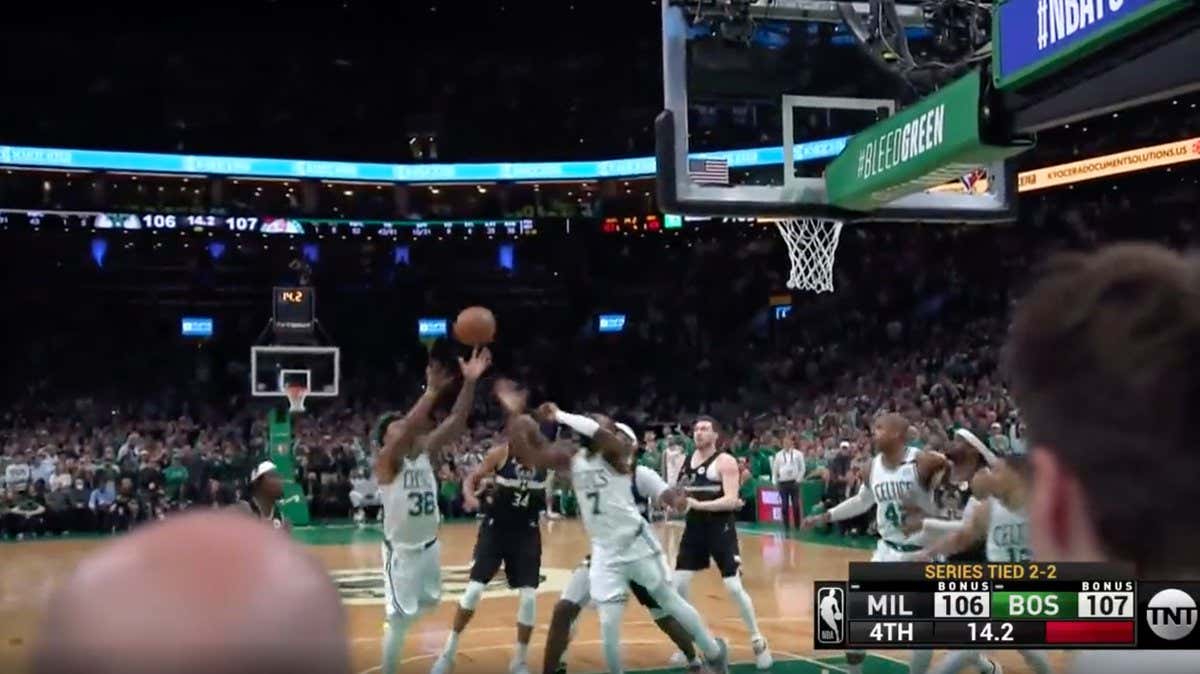 There's no sense in sugarcoating the situation right now. Coach Bud is 8-0 all time in closeout games. Giannis smells blood and is in his own building where the Bucks are 30-16 including the postseason. We haven't had the massive Giannis FTA game yet or the game where all the Bucks get hot from three. Now playing in their own arena with a spot in the ECF on the line, it's certainly on the table for tonight.

But the following is also true. The Celtics have had one of the best road differentials in NBA history since January. They are 3-1 on the road in this postseason. They've played well in both games in MIL, including winning the last one they played. At no point in this series have they lost two games in a row. In fact, as a team, they've only lost two games in a row a total of 1 time since January 23rd, and it was the game in TOR where everyone sat on 3/30. This team had to respond in Game 2 after a brutal Game 1 loss, and they did. They had to respond in Game 4 on the road with the series in the balance after another brutal Game 3 loss, and they did.

Does it guarantee they will again tonight and come out victorious? God no. But all we can do is love and trust. What other choice do we have? I know that when this team plays to their potential and doesn't shoot themselves in the foot, they can beat this Bucks team. All the collapses and tough losses don't mean shit. It's about being the better team for tonight…..and then Sunday.

I'm looking at Jayson Tatum, wondering if this can be his LeBron Game 6 2012 moment. Honestly, it's probably going to have to be. The 12-29 bullshit cannot happen like it has the last two games. I hope Brad instituted a $500,000 fine for any player who bitches at the refs instead of getting back on defense. That shit has already cost the Celts two games in this series. For the love of God, please box out and rebound. If any player is reading this blog as a way to kill time before tipoff, please hit play

Box out, don't turn the ball over, move the ball and you will live to see another day.

When you find yourself in one of these games, it's important to remember you can't win a game in the 1st quarter, but you sure as shit can lose one. It requires a full 48 minutes of being locked in. Not 40, not 46, but 48. The Celtics do not have the luxury of taking possessions off. If they wanted that, don't choke in Game 5. For the rest of this series, it's now on them to play near perfect basketball, which is a tall ask but it's the truth. If they fuck around, they'll be on a beach by Sunday.

There's also this one little nugget that we should probably mention. Looking around the NBA landscape at the moment, we only have one Game 7. So what does Adam Silver do? 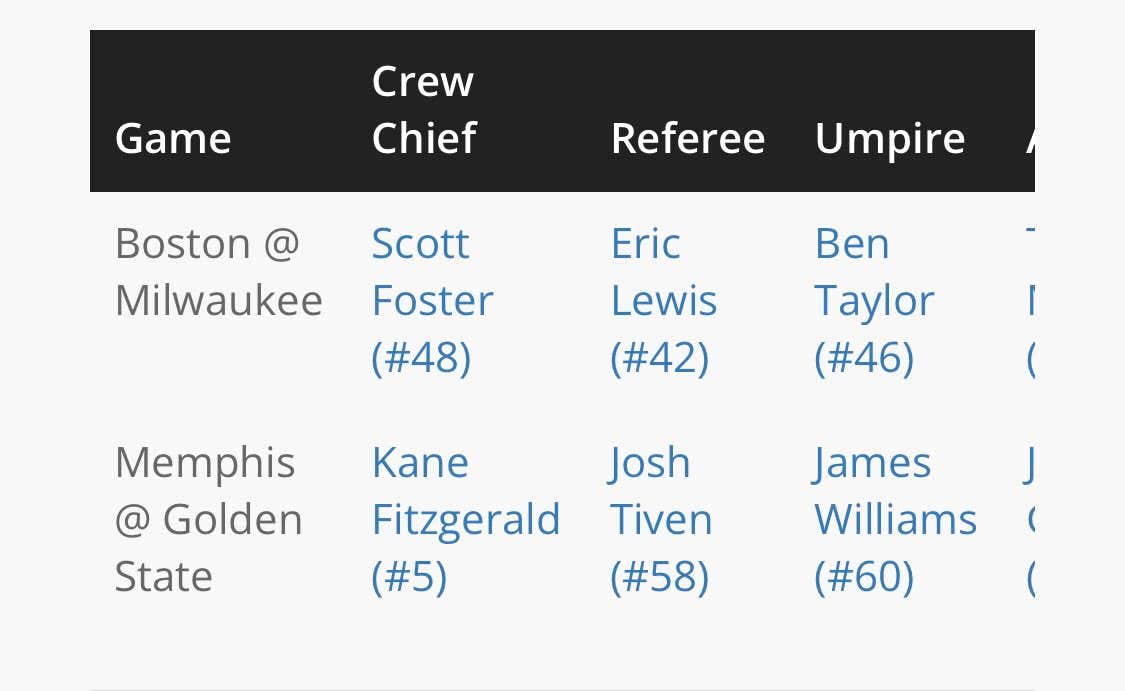 You really can't make this shit up. You knew "The Extender" was going to be called upon for one of these Game 6s so I don't really know how to feel now that I know he's doing the Celts. They tried this in the BKN series in Game 4, but it didn't matter. Is Foster there to push this to Game 7 or did he get the call to make sure Giannis advances? Who knows. I do know the fact that this is even a thing people are talking about isn't great for the league, but we know Adam Silver doesn't give a flying fuck. If I had my preference, the Celts would simply come out guns blazing and blow this team out so I don't even have to worry about this shit.

If it feels like I'm rambling, it's because I am. I have been losing my shit for hours and we are nowhere close to tip off. This is my safe space which is weird because it's the internet where most of the people are mean and a large majority of the people who clicked on this blog probably want to see the Celts fail and me enter clinical depression, but I don't know what else to do. I'd walk my dogs but they are sleeping like two beautiful angels right now and I need them well rested for battle later tonight. I've already done my chores, I've already paced around my house no fewer than 10,000 times, things are getting a little nuts over here in Casa de Greenie.

Win tonight and you get to go back home where anything can happen. I'm choosing to ignore the fact that the Celts have lost 2 of 3 in their own building this series and suggest you do as well.

This entire turnaround, all the progress this team has made over the last 5 months all come down to tonight. I think I'm going to be sick but at the same time