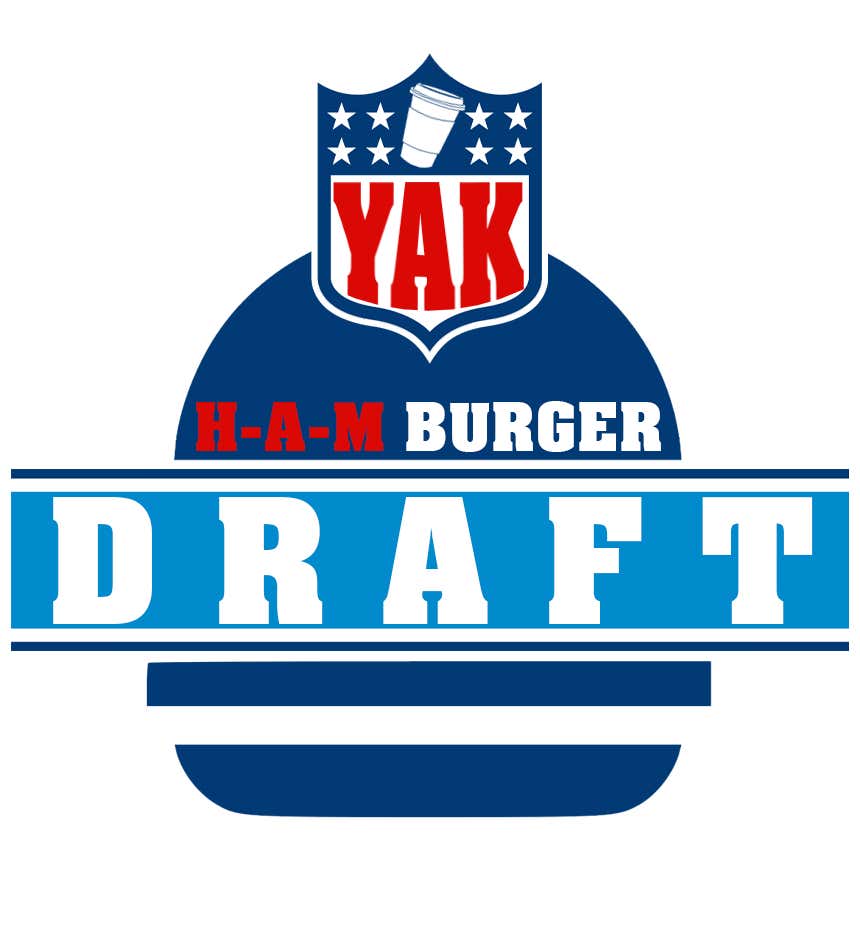 But what I can do is provide you a Mock Draft on what I think the ingredients could be and there I think they would go in this draft. Again, we do not have the Draft order, so I’ll leave teams out of it, but this is what I’m thinking could go down:

Not all ingredients are awful. Most guys will typically bring one ingredient that is decent as we all are consuming these things at the end of the day. Hummus is a fairly neutral flavor and can go with anything really. While it may make you gassy, it certainly won’t ruin whatever food it’s paired with. This is a safe pick.

Similar to hummus this is one of the good ingredients that could be available today for picking. It’s neutral and can go with a bunch of different ingredients. My worry would be that we get one that isn’t quite ripe which would certainly tank it’s stock.

This could be a 1.1 pick as it’s a traditional Mexican sauce that is brown and spicy. It can wipe out a lot of bad tastes, so this has a lot of value, but I’d imagine some guys that don’t like a little heat in their sauce (Lil Sas) has taken this completely off his board.

A sweet spread that could improve any burger and distract your tastebuds from combinations they wouldn’t normally ingest, Honey is a delight.

This could be good or bad depending on the rest of your ingredients, but definitely could cancel out some bad taste with it’s sweetness. It is very sticky and could pair poorly with some items, but based on the board this may be a bit of a reach.

The first protein off the board. I haven't gotten a lot of assurances everybody has one of these, but this is a strategic play. Tuna can be cat food, but it's also human food that tastes just fine. It's fishy taste can neutralize a lot of bad tastes, but some may still see this as a reach.

We've seen a run on spreads in the first five picks, but I think we start to go full solids with Honeycrisp apples as we get to the turn. Remember, it's a snake draft, so the 6th overall pick will be picking again at #9. Honeycrisp apple is a delightful bite with a solid crunch and could spruce someone's burger.

Great value here at the top of round 2 and we've got a nice harvest bowl cooking. Acorn squash is a seasonal vegetable that is best when roasted, but will it be roasted?

This could be seen as a monster reach, but it's a strategic play by the host with the 6th pick to go Tuna and Anchovies as a strong 1-2 pair. It's a fish taste, but it's a consistent taste and in these drafts, consistency is king.

HDM is an absolute delight despite what John Oliver says. If you can ever get anything with that flavor, pounce on it. This is a great value in the middle of round 2 and a decent combo with maple syrup. Basically the sticky sides from your big pancake breakfast at your local diner.

Are we going to get a run on fruit here? If you watch The Bracket, I bet Tommy Smokes would love to see that. I see Huckleberry going with the 4th pick of Round 2 to form another sweet breakfast pairing with the 1st round pick honey.

"Never underestimate the heart of a champion" - Former Rocket HC Rudy Tomjanovich. The same applies for artichokes which have delicious hearts. And while they're not for everyone, they can form a solid pairing with the mole sauce that went Round 1.

This could be viewed as the QB in the green room that fell in the 1st round and is still sitting at his table after 3 hours. Acai is a tasty treat and we know Big Cat loves ice cream. While it's not that, it certainly has some terrific near frozen taste and forms a decent pair with Avocado Round 1. Hopefully it looks better than Jeff D. Lowe's putrid acai bowl in 2019:

Tomatoes are a nice topping, but can also stand alone if you get the right kind. Heirloom tomatoes can go well on burgers and form an underrated pair with Hummus at 1.1.

Now on the turn, we go with Monkfish to pair with heirloom tomatoes and hummus. Definitely could be worse! Monkfish is a whitefish that can be dried and consumed in that form.

A natural sweetener lasts till round 3! Paired with Avocado and acai, this won't be a filling lunch, but avoid a disaster.

Some could have a round 2 grade on Marrow, but I have it falling due to the mystery aspect. It's used a lot in broth and is what's inside our bones. Luckily, this shrewd drafter planned for this with the mole sauce pick in round 1 which will likely cancel this out. Well done!

A very english breakfast here with huckleberry, honey, and molasses. My main knowledge of this spread was a very slow moving dark substance that was likely used when Papa Shango put a curse on the Ultimate Warrior.

This is a wild card. In the 50s and 60s, it wasn't completely out there for pregnant women to eat raw hamburger meat. Science has given us a lot of data on this since then and we know it's potentially dangerous, but my sources are telling me hamburger meat will be on the table. Will it be cooked? If not, a spot this low may even be too high for it.

Typically used in sushi dishes, it has a funny orange color. It doesn't taste like much, but does have a fishy scent to it. I cannot imagine Brandon Walker being thrilled if he got this. 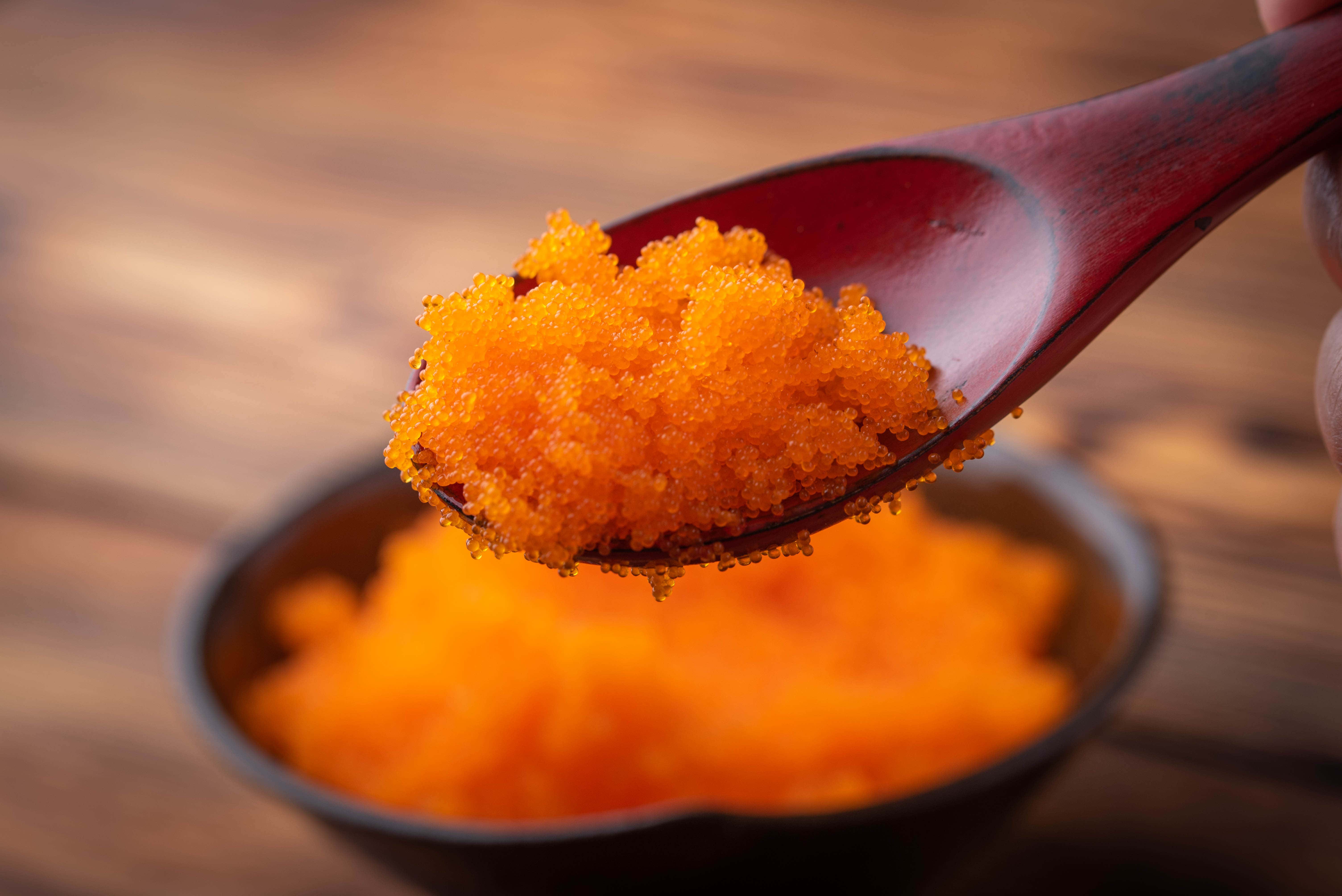 Will someone get a piece of BWalk's lioness mane?

This would be a devastating selection and allow someone to be clowned on for life. Sas may quit if he's subjected to eat this.

How will it all unfold? Find out LIVE at 1pm eastern for the H-A-Mburger Draft on The Yak.