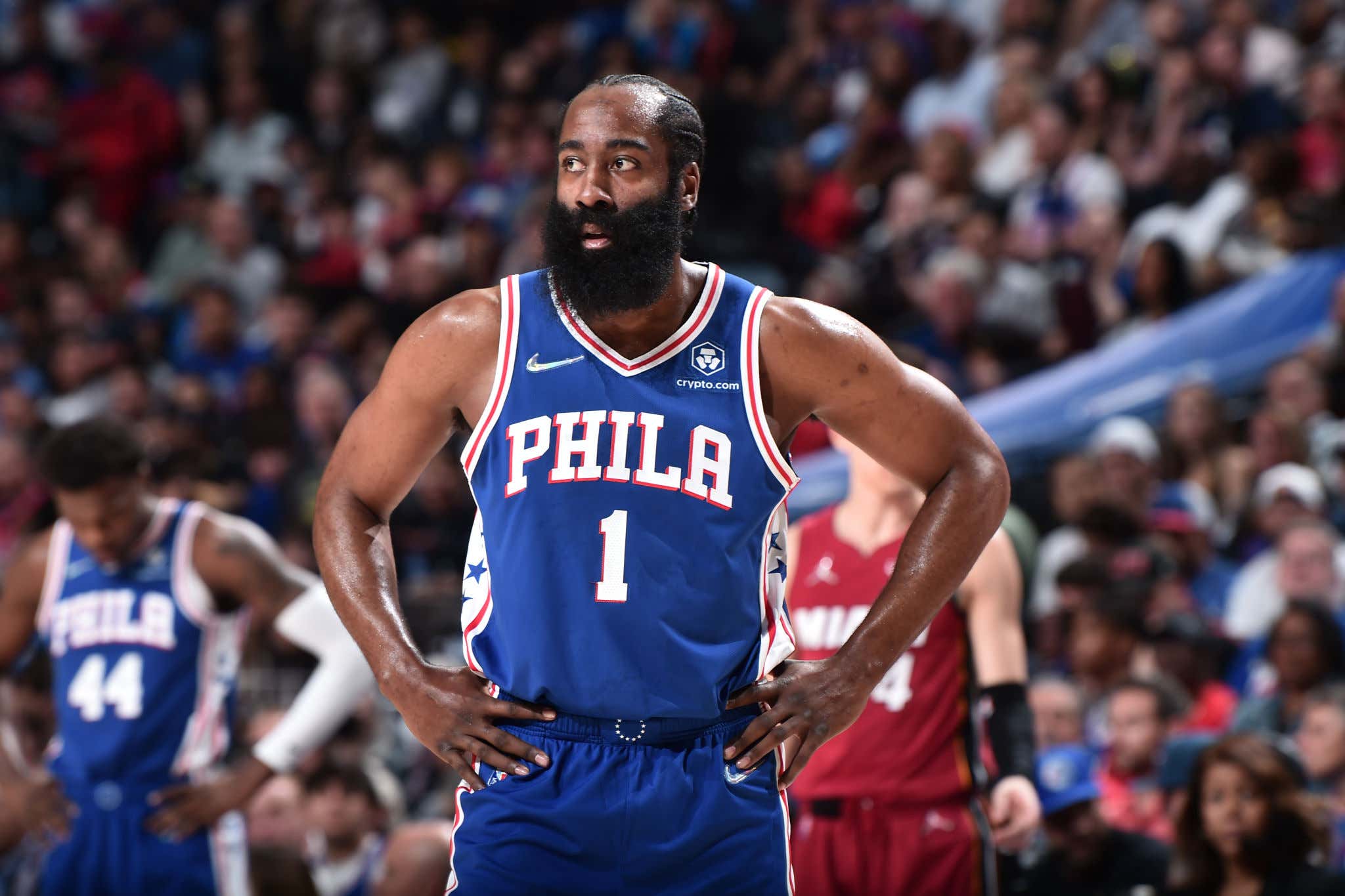 By now I'm sure you've heard, but if not, you'll never believe this. In a gigantic do or die playoff game where the pressure was high and the lights were bright, James Harden disappeared. The numbers are…..staggering

Not exactly what you want to see from your "win now" trade piece who you are paying $44M this year year and are either paying $47M next year or are giving a long term deal. This is a little tough for me because I've been a James Harden guy for a long time, dating back to when he just had a pencil beard when we were at ASU together. Seeing as he was basically the best Sun Devil of my lifetime (shoutout Ike Diogu) it sucks to see him be a shell of himself. I can understand Sixers fans talking themselves into the idea that things would be different THIS time with Harden now that he was on their team, we all do that shit. We try and speak it into existence despite all the clear evidence that suggests otherwise. I did that shit with Kyrie for example. I thought all the drama with him in CLE would be different in BOS. It most certainly was not. In fact, it might have been worse. When he went to the Nets, Nets fans did the same shit. Newsflash, it was not different.

And it's not different for Harden in Philly. He's cooked and I don't think it's unfair to say he's not the type of superstar player that is built for the big moments. At some point your sample size isn't just a sample size, it's who you are. It may be tough to accept if your title hopes now rely on this man, but that's the reality of the situation.

Of course, when Harden struggles, the internet is ready. They are prepared to slander this man left and right, just like they have been for years now. There are places you expect to hear the slander, for example Stephen A Smith

Is he wrong? It was so weird to see Harden just….not try. Before the game was even out of hand too!

Was he on the take? Or is he really just this washed? For that answer, we should probably listen to Joel Embiid

On one hand, this is now the second season in a row Joel Embiid has kind of thrown his teammate under the bus after another elimination game, but on the other hand, he is in no way wrong. You know what it means when a player says this guy can't score like he used to anymore like when he was good and is now "mostly a playmaker"? That this guy stinks and is washed up. It's not that Embiid's wrong, Harden is an elite playmaker. That's why you traded for him. But everyone, including Embiid himself, thought they were getting a player much closer to Houston Harden than whatever Philly Harden turned out to be. That's just a fact. In no way when they pulled off that trade did Joel Embiid say

"Yes! We have a guy who won't ever score and will disappear in huge moments, but man can he pass!"

Because that player is Ben Simmons. He was already on the roster. I'm sure Harden loved to hear that from Embiid and it ill for sure motivate him this summer to work on his craft and his body so that he can be in shape come October.

Of course, you also have to remember that EVERYONE loves taking their digs at Harden, including former teammates.

Who do we think PJ is talking about here? 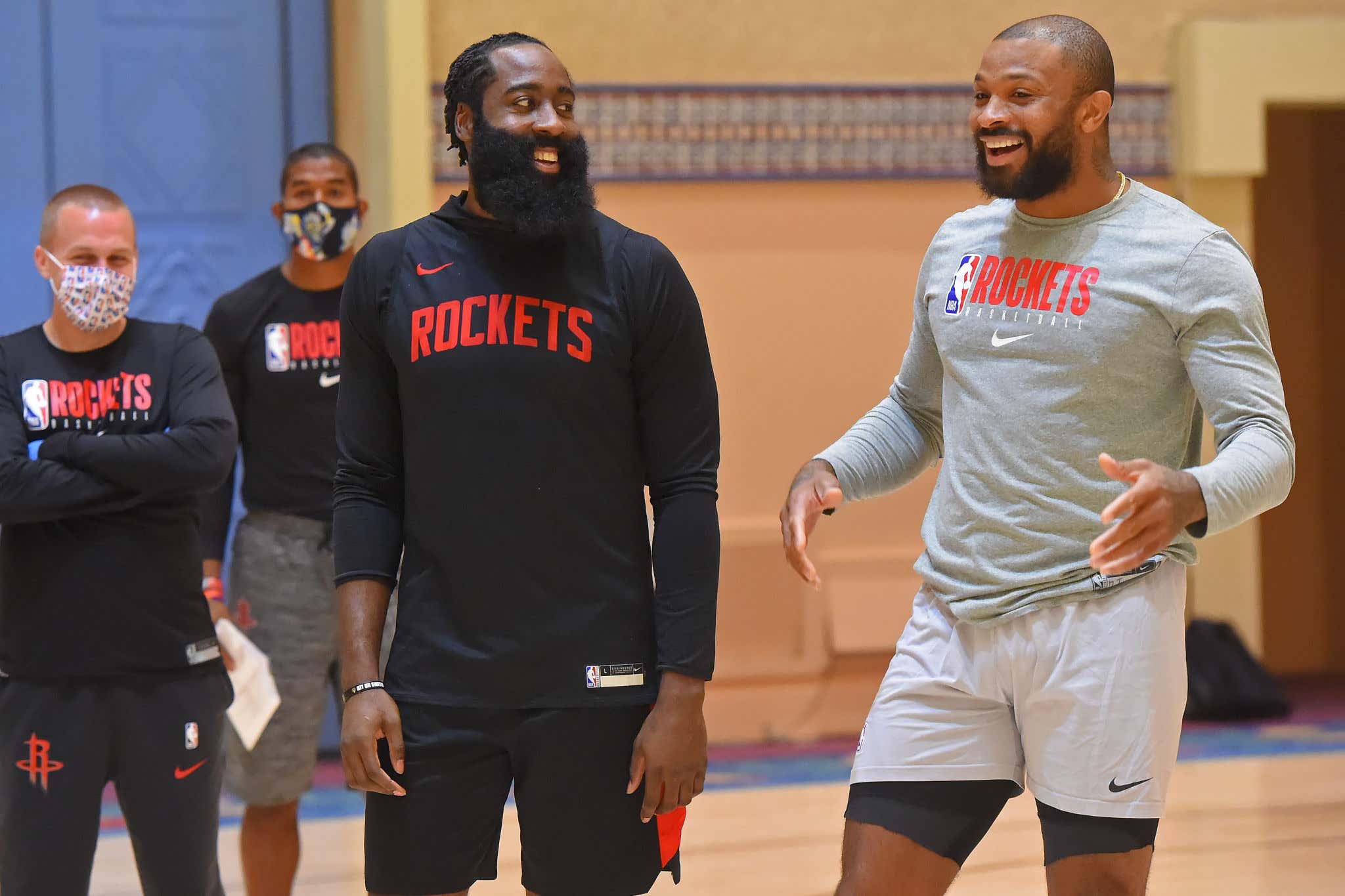 Considering Tucker was on the opposing team in this MIA/PHI series, I'm pretty sure it's easy to figure out. When your former teammates can't even have your back and instead take every opportunity they can to slander you, that's rough. But just like Stephen A and Embiid, Tucker is not lying. It seems like everyone is just sort of sick of Harden's shit. How he handled the entire HOU to BKN situation and then immediately mailing it in once he was a Net as a way to demand a trade to Philly. It was fucked up then and it's fucked up now, so after another collapse and disappearing act, you bet your ass people are going to give that same energy back to Harden. You can't do everything he did and then still have performances like this. If you do, every ounce of shit you get is warranted.

After the game, Harden talked about how you know what? Maybe he would be open to taking less than the max to stay in Philly. Uhhhhhh yeah dude because no chance Morey wants to give it to you anymore. Harden is no dummy, I'm sure he's aware of the free agency landscape this summer. Nobody with legit money to spend is going to be in the James Harden business, and you know he wants a longer term deal than just picking up his player option next year for $47M. What is he going to join the Pistons or Spurs? I don't think so.