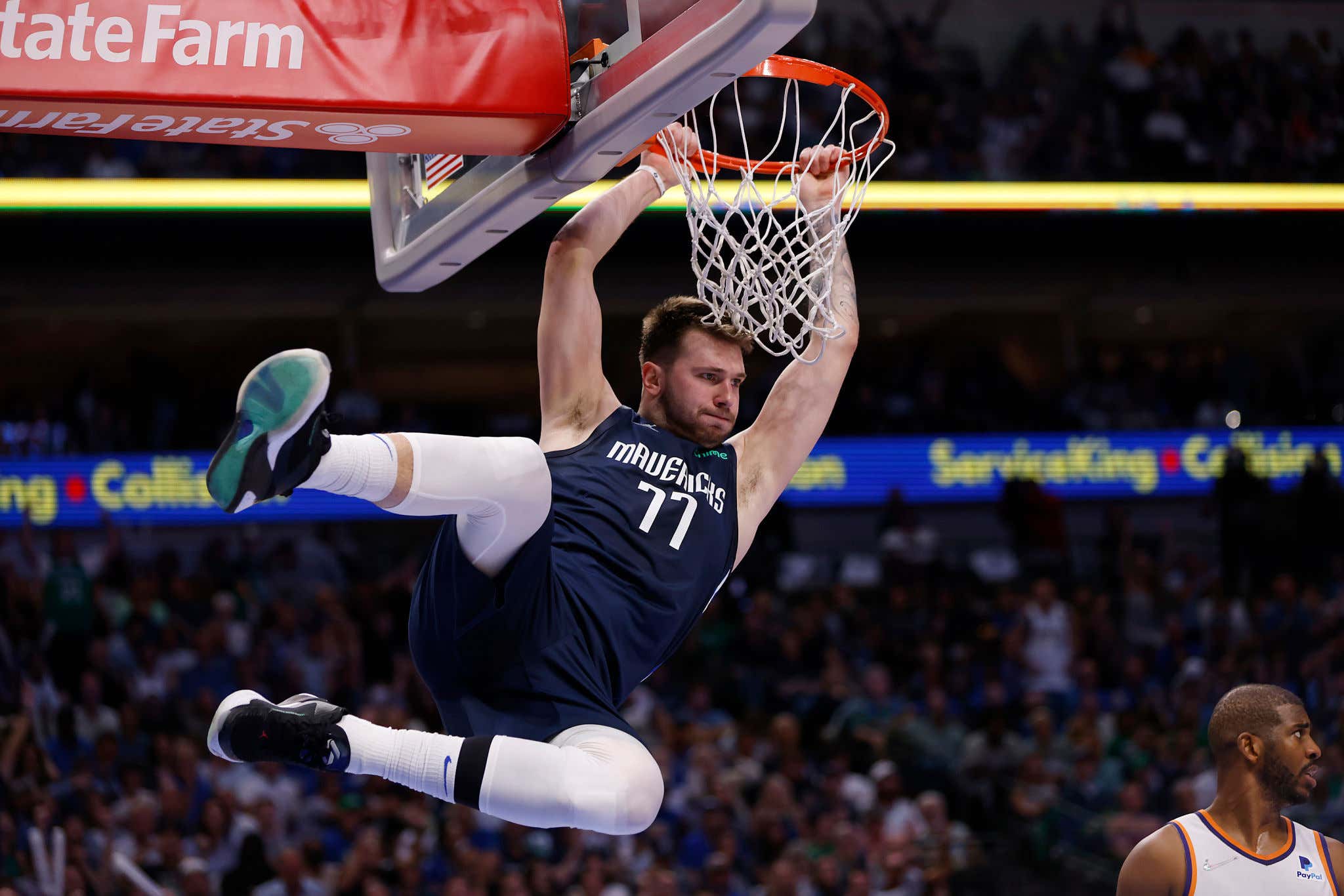 These NBA playoffs have been pretty incredible so far. All things considered, I think it'd be fair to say they have lived up to the hype. We've had a bunch of awesome games and incredible individual performances, it's been an awesome few weeks. Despite all that though, something was missing. We hadn't had a Game 7. The first round was chalk and relatively light work which meant for quick series and no Game 7s to be found. The Celts swept, three other series were done in 5, the rest in 6. I don't care what round they happen in, Game 7s always rule. Well, let me correct myself there. Game 7s rule if your favorite team isn't playing in it. When they are, that entire day is a living hell. Every second takes hours, your brain goes to wild places, you can't sit still, it's a whole thing. I wouldn't wish that stress on anybody. I've been on both ends of a Game 7 in essentially every round possible and that shit changes you forever. I'm not even kidding.

But when it's a series where you don't really give a shit who wins and you just want an awesome game? Then they are the best thing in sports. The Sixers weren't able to get us there earlier tonight, but thankfully Luka and the Mavs were not ready to see their season come to an end. It was pretty evident right away that Luka had not forgotten what happened in Game 5

So what does he do? He returns home and throws up a Luka Special of his own to the tune of 33/11/8 in an absolute ass kicking that was only close for about the first 12 minutes.

The Mavs got up by 15 at the half and that was that, things never got close again. Dallas was in total control, they made their threes, took care of the basketball (2 TOs) and got back to playing that elite level of defense that turned around their season and makes them a legit threat in the first place. Luka's always been awesome, the Mavs were always great offensively. What changed their season was their ability to defend. Seeing as how the Suns only had 86 points and shot 40/35%, I'd say they were pretty effective.

The Mavs were committed to being way more physical with Booker/CP3 and it clearly worked considering Booker shot 6-17 with 8 TOs and CP3 spent the first three quarters with twice as many TOs as FGM and finished with 13/4 and 5 TOs. You shut those two down and you give yourself a great chance at keeping your season alive for another few days. As we've learned, this can be what happens when you talk shit, sometimes it backfires. We've already seen that it happen earlier in these very playoffs and it's the risk you take. Sometimes it's hard to resist when you're winning, but you better then go out and back it up.

I will say it's very cool that Luka's first ever second round appearance is coming down to a Game 7. You'll remember the Mavs fell in 7 last year to the Clippers (Luka had 46/7/14). I'll take another one of those thank you very much. It's also very cool that we get to see the Suns, a team that was pretty much the overwhelming title favorite all year try to keep that dream alive with a pressure filled Game 7. I'd say not even making the WCF would be a pretty huge disappointment given how good they are and how they are talked about, but that's what makes these do or die games so exciting. None of that matters. Everything each team did all season and even all series leading up to this game means nothing. It's about being the better basketball team at the end of 48 minutes. The best team doesn't always win, you just have to be the best team that night.

Here's the question I think we're all wondering. Scott Foster will probably get one of the games tomorrow whether it's BOS/MIL or MEM/GS. Game 7 is going to be Sunday. Hopefully, there will be two of those that day, but does Adam Silver have the balls to put Foster on a Chris Paul Game 7? I think we all know the answer is yes. That would be my biggest fear as a Suns fan right now, not the actual game or opponent. There is no way Scott Foster lets Chris Paul prosper. Isn't he like 14-0 against Paul in his career? I know that's what it got to in late April, but either way that's a matchup you don't want.

I'm just happy we don't have to go two full rounds without at least one Game 7. The NBA Playoffs need as many Game 7s as possible. So far we got one, here's to hoping for two more.