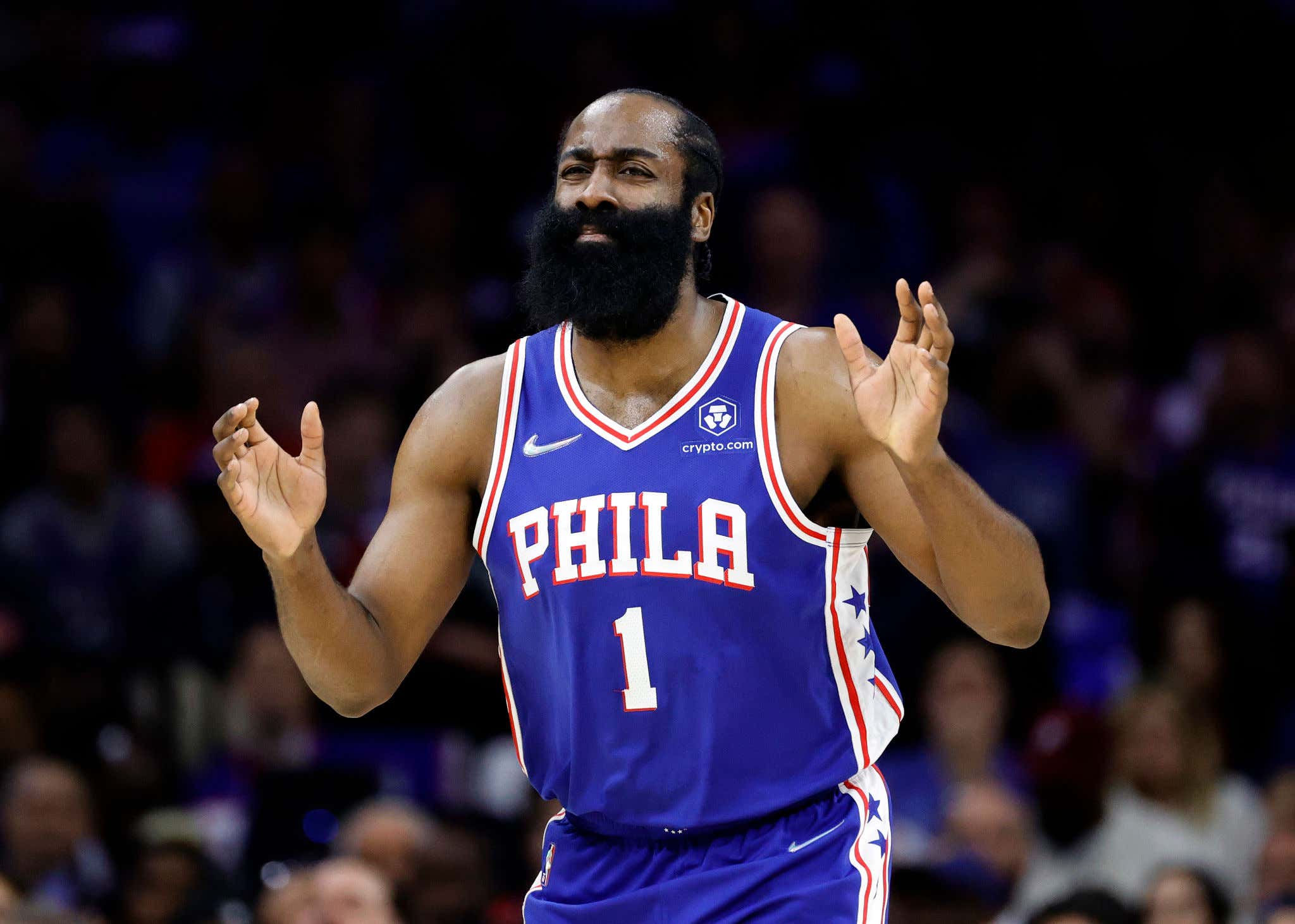 You know that photographed meme of the guy holding up a shirt he was gifted, which happens to be the exact same shirt he's wearing?

I think we're at the point where we can say James Harden had a few too many nights out on the town, seemed to almost dangerously fluctuate his weight between chubby and passable basketball shape, and now his prime has come to a crashing halt.

Whereas Ben Simmons' utter horrendous display in the 2021 NBA playoffs was based on fear of failure, historically abysmal 34% free throw shooting and internal psychological warfare/head trash, Harden's poor performance is more attributable to his physical attributes, or lack thereof.

That dude who would score 30 a night with ease in Houston is long gone. He demanded a trade from the Rockets, and proceeded to wear out his welcome in Brooklyn not long thereafter. The explosiveness that used to get Harden to the rim at will is nonexistent. His failing legs don't give him the same lift on his jumper that he used to have. Defense was never Harden's strong suit either, so what can Philadelphia count on from The Beard?

I'll allow for the possibility that Harden can work his way back into shape this summer and make one last run. That's what Sixers fans must be telling themselves right now. Because they just saw the sequel to the gory horror movie that played out last postseason with Simmons as the star. This one is almost even more brutal, because expectations were actually higher for Harden.

Daryl Morey couldn't avoid temptation and sacrificed a lot to trade for his guy Harden, who's never won anything of consequence in the NBA and now looks 32-going-on-39 as a player. YIKES. As things stand right now, I'm not sure Morey can dig his way out of this one. Maybe Doc Rivers becomes a scapegoat and gets fired as head coach because he didn't fulfill Morey's "vision" for Harden as a player. Who knows. I feel bad for Joel Embiid. Guy plays through a myriad of injuries and can't catch a damn break.

Come on Portland, take on Harden, get on with your tank job, and get Damian Lillard to Philly already.