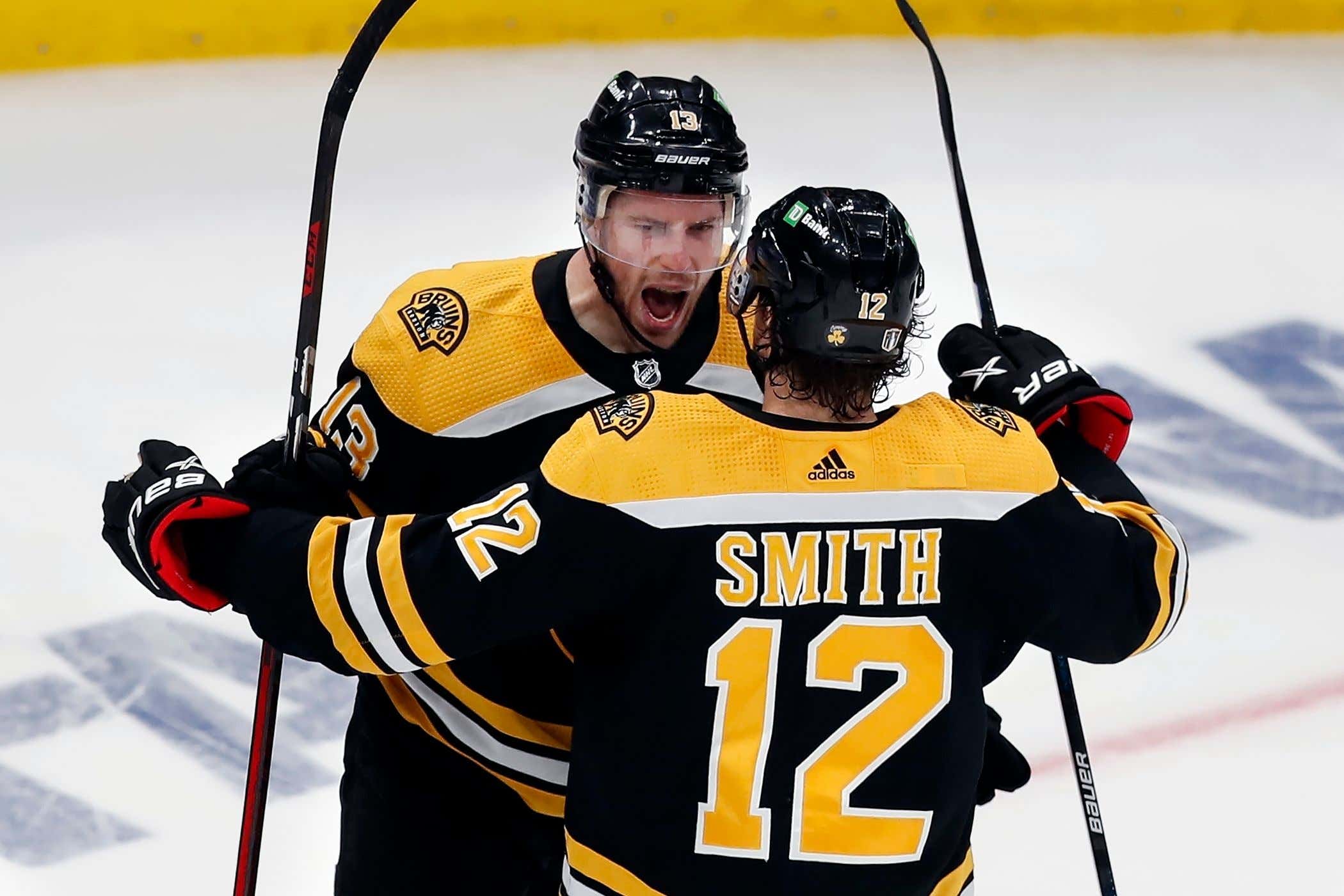 NOT. DEAD. YET. The Boston Bruins have defeated the Carolina Hurricanes 5-2 in Game 6 to force a Game 7 in Carolina on Saturday night. LET'S GET INTO IT!

Late in the 2nd, Charlie Coyle extended the Bruins lead on the PP. 2-0.

With 3:24 into the third, Andrei Svechnikov got the Hurricanes on the board. 2-1.

Erik Haula answered with a goal of his own, great feed from Charlie McAvoy. 3-1 Bruins.

A great shift from the 4th line led to Derek Forbort scoring from DOWNTOWN. 4-1 Bruins.

With Brad Marchand in the box for 4 minutes (spearing, bs penalty), Andrei Svechnikov scored his 2nd of the game to make it 5-2.

- Up front Trent Frederic re-entered the lineup for Chris Wagner. Thought Tomas Nosek would've sat after last game but no. Lines back to normal, DeBrusk back with Marchand and Bergeron etc etc. On defense Matt Grzelcyk was the odd man out, Bruce Cassidy acknowledged that he's been dealing with injuries all season long and felt a rest was necessary. Wonder what it means for Game 7.

- Hampus Lindholm returned to the lineup tonight and boy did he make an immediate impact. Generating offense from the back end right away. Didn't get the assist on Coyle's goal but it was his patience who started the play. A big boost in Game 6.

- Bruins PK came up huge in the 2nd, B's took 3 consecutive penalties (including a 5 on 3) but killed them off. Credit to Carlo and Forbort. Massive kills.

- Charlie Coyle got some puck luck and buried a bounce on the PP to make it 2-0 before the 2nd ended. Massive goal. Goal and an assist from him tonight. Line looked much better.

- Welcome to the series, Erik Haula… His first goal and boy was it a big one to extend the Bruins lead after Svechnikov got the Canes on the board.

- Charlie McAvoy took a high hit from Jesperi Kotkaniemi in the 3rd, looked really shaken up on the bench and then took his next shift and fed Erik Haula. Man is a machine.

- Jeremy Swayman was locked in tonight. Finished the night with __ saves. There were questions whether the B's should go back to Linus Ullmark who they started the series with Cassidy stuck with him. Paid off.

Shout out to the Garden crowd. Sounded great on TV must've been even better in person.

Shout out to RA, man never ceases to amaze me.

KEEP THIS MOMENTUM. Bruins have looked horrible in Carolina but this is Game 7… for all the marbles. Gonna need a full team effort. No passengers. All 4 lines were rolling tonight, need the same on Saturday night. Someone bring some Garden ice to Raleigh. WE'VE GOT A GAME 7!! BUCKLE UP!!!!!