*SPOILERS FOR DOCTOR STRANGE IN THE MULTIVERSE OF MADNESS*

We had 'Doctor Strange in the Multiverse of Madness' writer Michael Waldron on the podcast this week (who also wrote LOKI/Kevin Feige's upcoming STAR WARS movie/some Rick and Morty) and had a SPOILER-FILLED discussion about the latest piece of the Marvel Cinematic Universe. We discussed working with a legendary director/composer combo like Sam Raimi and Danny Elfman, turning Wanda into a full-blown villain, the crazy cameos and how they came together, and of course - plenty on *THAT* scene. If you saw the movie, you know the one.

Some of the coolest things we learned about the 'Multiverse of Madness' from Michael Waldron:

-He came very close to killing off Wong, but ultimately decided against it as they felt this story has enough loss

-Tom Cruise as Iron Man was never really a possibility because of his shooting schedule, but they discussed any/every cameo in those Illuminati spots you could imagine

-Most of the Illuminati stuff was filmed in pieces due to all of the actors' schedules not aligning, but Hayley Atwell (Captain Carter) and Lashana Lynch (Captain Marvel) were two of the heroes actually on-screen together

-Wanda does, in fact, rip Professor X's head in half to kill him; Waldron wrote that she snapped his neck in the screenplay, but the VFX team just went wild and made it a head pull-apart

-Waldron was surprised at how much graphic stuff was allowed to be in the film, such as all of the burnt corpses at Kamar-Taj after Wanda's assault

-The idea of using musical notes in the Doctor Strange vs Evil Doctor Strange fight came from storyboard designer Doug Lefler, who also came up with the upside-down kiss in Sam Raimi's original 'Spider-Man'

-Whenever talking about fights in this movie, the bar for creativity was set at Strange vs Thanos from 'Infinity War'

....and we even tried to pry some details about his 'Star Wars' movie out of him (and also get cast in it) towards the end of this conversation, but didn't get much - so we just talked about the Darth Jar Jar theory with him.

That led us down a rabbit hole where Waldron told us about this insane page from an official Star Wars comic book where Jar Jar's dad (George R Binks) tries to kill himself but fails.... 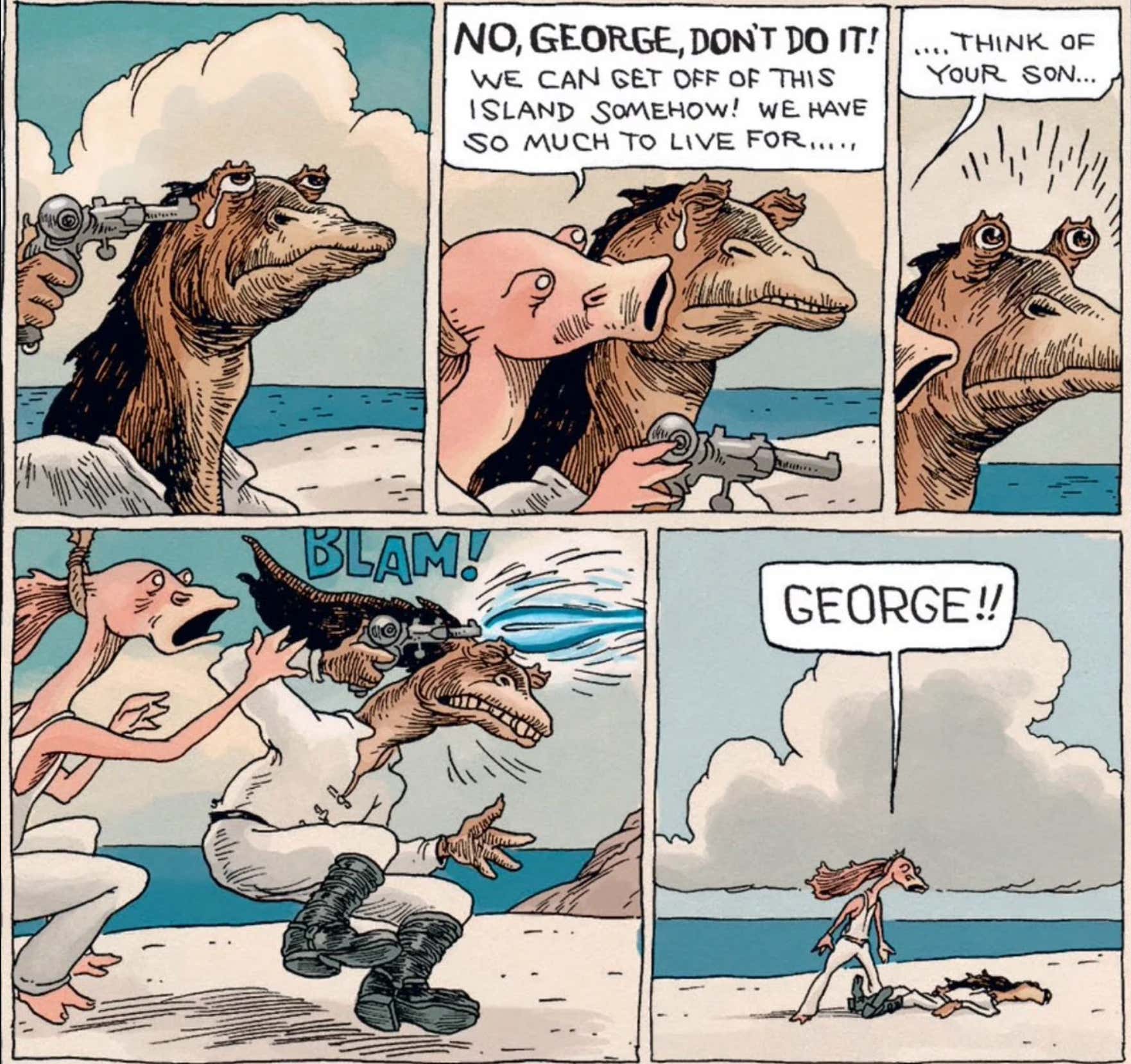 I think it's a really interesting, funny chat for anyone interested in the Marvel Cinematic Universe - Waldron is the absolute man and a legit Stoolie who's thrown Barstool references into his work before….

Give it a listen!