Anyone who's been paying attention to the way the world works over the last few years should have learned by now not to believe every news report. Or any of them, really.

Except when it comes to leaked reports about the NFL schedule, which isn't supposed to be announced until later on tonight. When it comes to the info getting out hours or even days before the league wants it, you can take the early news as gospel truth. If you hear this afternoon that Jacksonville and Arizona are going to meet in prime time from the Ross Sea Ice Shelf as part of Roger Goodell's new effort to :"grow the game" by capturing the Antarctic market, buy a parka and start booking your flight.

The NFL is either in capable of, or not interested in, stopping these schedule leaks. And so we can definitely accept that this news from the Boston Herald is indisputable fact. Settled science. The Patriots and Vikings will meet in the Thanksgiving Night game. For the first time since this legendary moment: 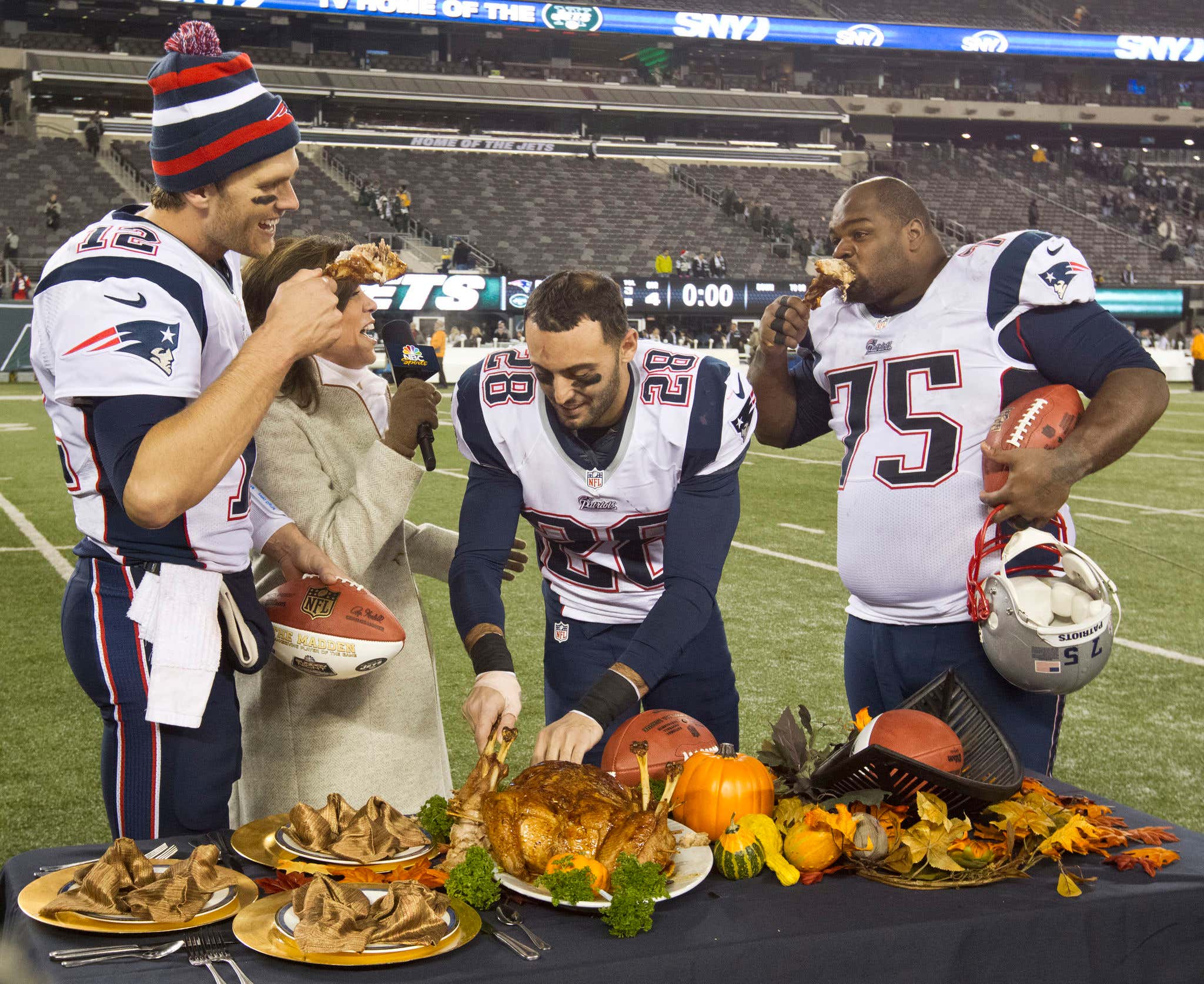 Which was, of course, overshadowed by this much more legendarier moment, involving the two players in the right side of the photo, Steve Gregory and Vince Wilfork:

But it doesn't take the utter, devastating humiliation of the Jets and Mark Sanchez carrying a mark of shame with him until his dying day for this to be great news.

The Thanksgiving night game is perhaps the greatest innovation in pro football since they legalized the forward pass. It did the impossible: Made the perfect holiday even better. It gave America exactly what it needed. Something to do after you've passed out from dumping pounds of tryptophan-rich deliciousness on top of your morning drinking. A reason to, if not get up off the couch, at least sit up on it. It gives you something to stare at, pay attention to, and wager on, as opposed to continuing the awful conversation your cousin started over dinner about Biden. Or, even better, it gives you an excuse not to take your wife to the Black Friday sale that started at noon on Thursday.

It's the Third Helping Game. The Turkey Sandwich Bowl. A 50% bonus in your level of football on a day that is invented for comfort food, booze and football that is a reason to celebrate even when it's one of the worst matchups of the year. But with the Patriots undoubtedly trying to secure a playoff spot/first place in the AFC East, it's going to be yet another reason to be Thankful. I don't care what the rest of their schedule looks like when it comes out later. This news alone makes this day special.