Nothing like watching a bunch of people and Big J Journos get hoodwinked, bamboozled, led astray, run amok, and flat out DECEIVED on the internet. Every year we hear that the NFL schedule is approaching, every year people say nobody cares about such a trivial thing, and every year that statement is proven dead wrong. I mean look at the numbers this dude was getting. 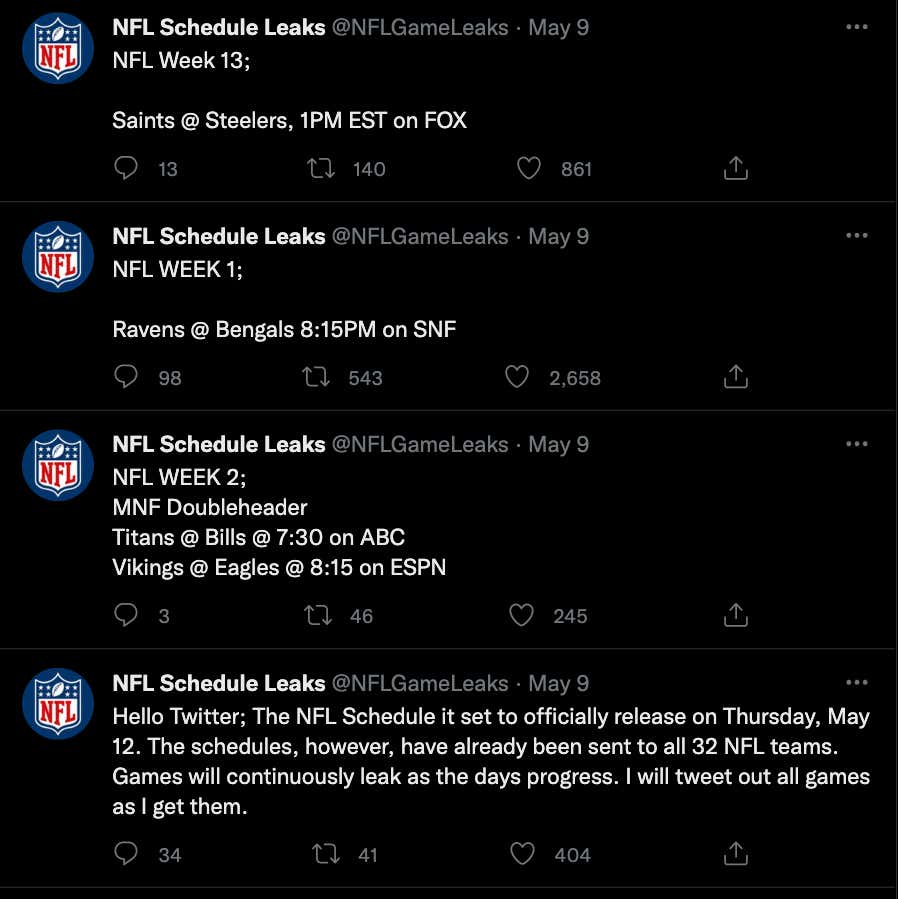 Let this be a reminder to everyone out there to keep their heads on a swivel when it comes to Twitter. It used to be sick sons of bitches like Chaps posing as Ian Rapoport while breaking fake signings or trades, it evolved to guys like Wes Steinberg acting as a fake Giants beat reporter by simply putting a white guy in a suit as his avi along with news that is ridiculous yet miiiiight be true.

And now it's a bored dude that just slapped the NFL shield on a Twitter account with a good @ that started pumping out some random games that had everyone hook, line, and sinker until he copped to making all that shit up, which already caused more than 1500 people to cut bait in the 20 minutes or so since I started writing this. 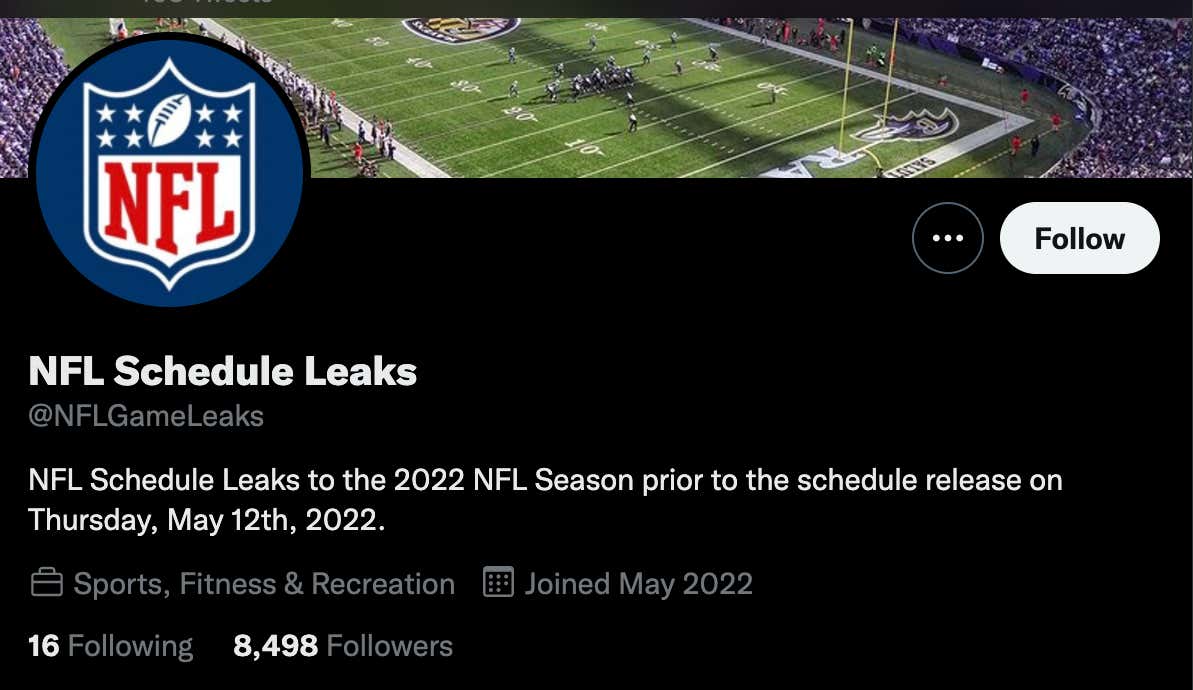 I can't even say to trust a blue checkmark either because even professional idiots like me have them. But just keep your head on a swivel and only trust the most trustworthy sources during this fucked up era of Fake News.

God I love the absurdity of this all, no matter how fucked it makes humans look.