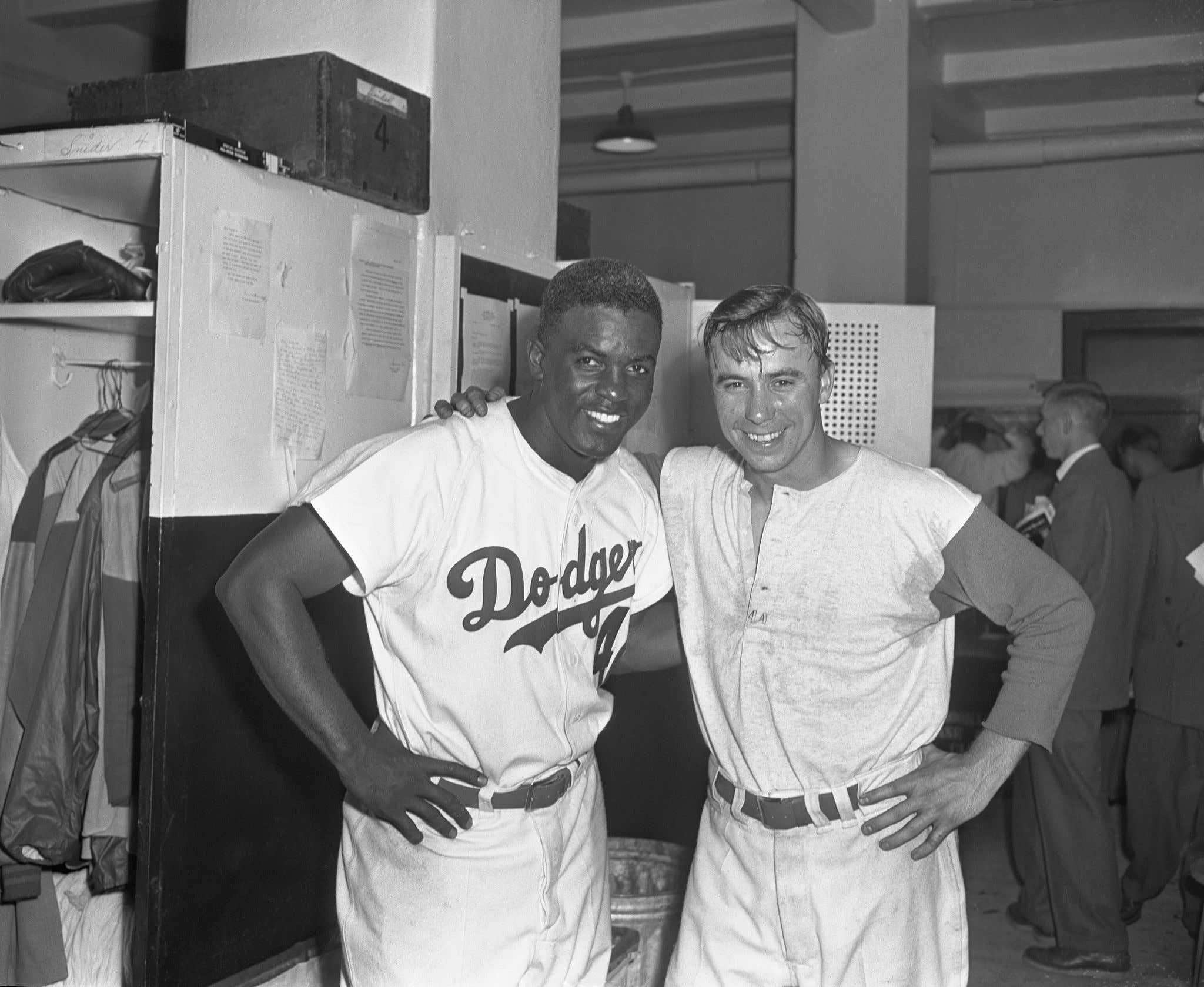 In a seminal moment of the 1947 season, Pee Wee Reese embraces his Brooklyn Dodgers teammate Jackie Robinson before a game against the Cincinnati Reds at Crosley Field. Reese, a native of Kentucky, had friends and family on hand and wanted to send a message to fans who were hurling racial epithets at Robinson. It was a symbol that Jackie was being accepted by his team.

It had been a month since Jackie Robinson made his debut on April 15, 1947, against the Boston Braves at Ebbets Field. Jackie Robinson had his trials and tribulations as expected in becoming the first black man to play in the majors. None worse than the barrage of racial insults he was hit with by Philadelphia Phillies manager Ben Chapman. The Chapman incident helped Robinson begin to get sympathy from fans and players as the Phillies manager was later forced into an uncomfortable photoshoot.

The Dodgers had their own troubles early in 1947, as Manager Leo Durocher was suspended for a year for conduct detrimental to baseball. Under interim manager Burt Shotton, the Dodgers were in second place with a record of 12-8, a game and a half behind the Chicago Cubs. The Reds, meanwhile, were a second division club with a record of 10-14. Due to its proximity to Kentucky, Cincinnati had a potential for trouble for Jackie Robinson and the Dodgers.

One of those Dodgers teammates, Harold “Pee Wee” Reese, was familiar with Kentucky and its racism. Born on July 23, 1918, in Ekron, Kentucky, raised in Louisville, he had witnessed the worse his state had to offer as he saw bodies hanging in trees after lynchings. Reese joined the Dodgers in 1940 and was a team leader by 1947; and had begun to show his support for Jackie Robinson when he refused to sign a petition handed around to get him off the team.

Most had assumed that Pee Wee Reese would not support Jackie Robinson, but quietly he was becoming one of his biggest supporters. While the fans in Cincinnati liked the Kentucky native, it was clear early that Robinson was facing a hostile crowd, as the racial slurs were flying early and often. During infield practice before the game, Pee Wee Reese let the world know how he felt walking over to his embattled teammate and putting his arm around him. While no pictures of the event exist, it became one of the more critical moments of the season, as the Dodgers went on to win the National League Pennant, while Robinson was the first winner of the Rookie of the Year award. 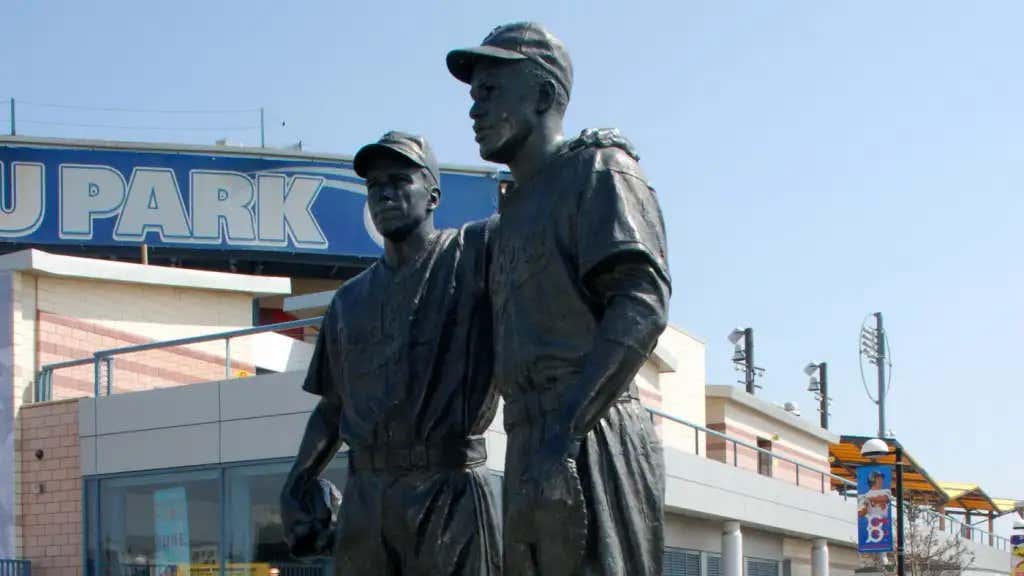 The embrace became more well known in later years and would immortalize in bronze with a statue outside of MCU Park, home of the Brooklyn Cyclones, an affiliate of the New York Mets.