You've got the NBA Playoffs. The Stanley Cup Playoffs. The NCAA men's lacrosse tournament. The PGA Championship is coming up. It's a great time of the year for everyone who loves sports. But if you want to talk about the greatest athletes on the planet, well then look no further than sumo wrestling.

Both of these dudes are some baaaaaad bad mama jammas. This man Terutsuyoshi has to be giving up at least 120lbs against that mountain of a beast Tochinoshin. And not only is he hanging in there with him, but he secured the dub. He was on the receiving end of one of the most brutal wedgies in human history. 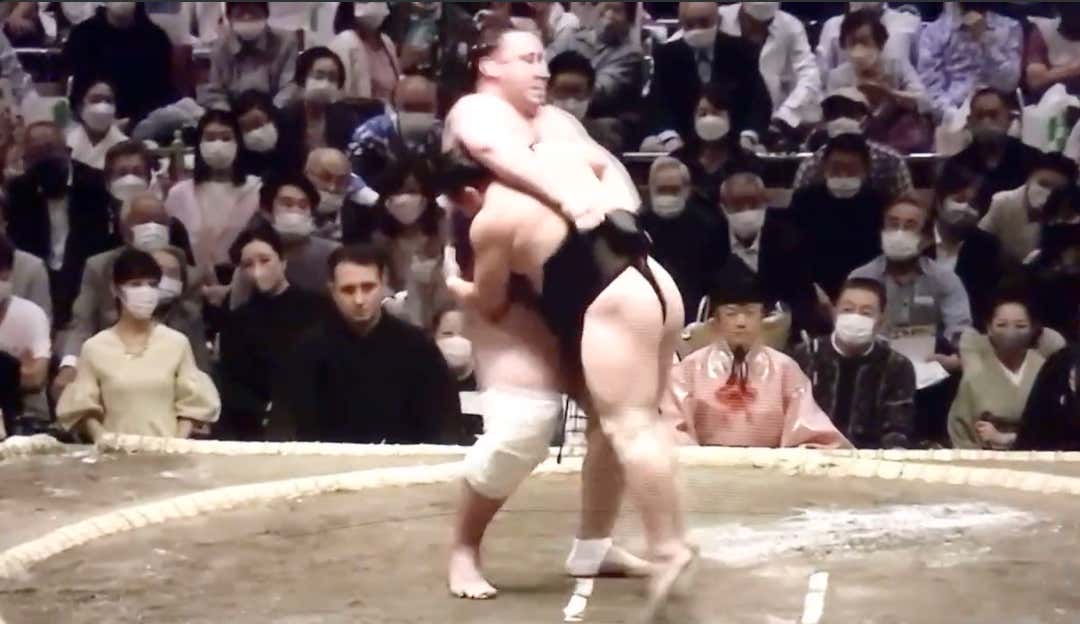 If any other athlete on the planet is on the receiving end of that wedgie, they die. Their body splits straight in half from the ass crack all the way up. But not Terutsuyoshi. He immediately pays it back with an atomic wedgie of his own and then bullies Tochinoshin out of the ring. Just an unbelievable battle between these two stallions.

And to think the SportsCenter Top 10 plays are still just going to be a bunch of guys jumping up and slamming a ball into an open hoop. You want to talk about peak athleticism, you're looking at it right here.