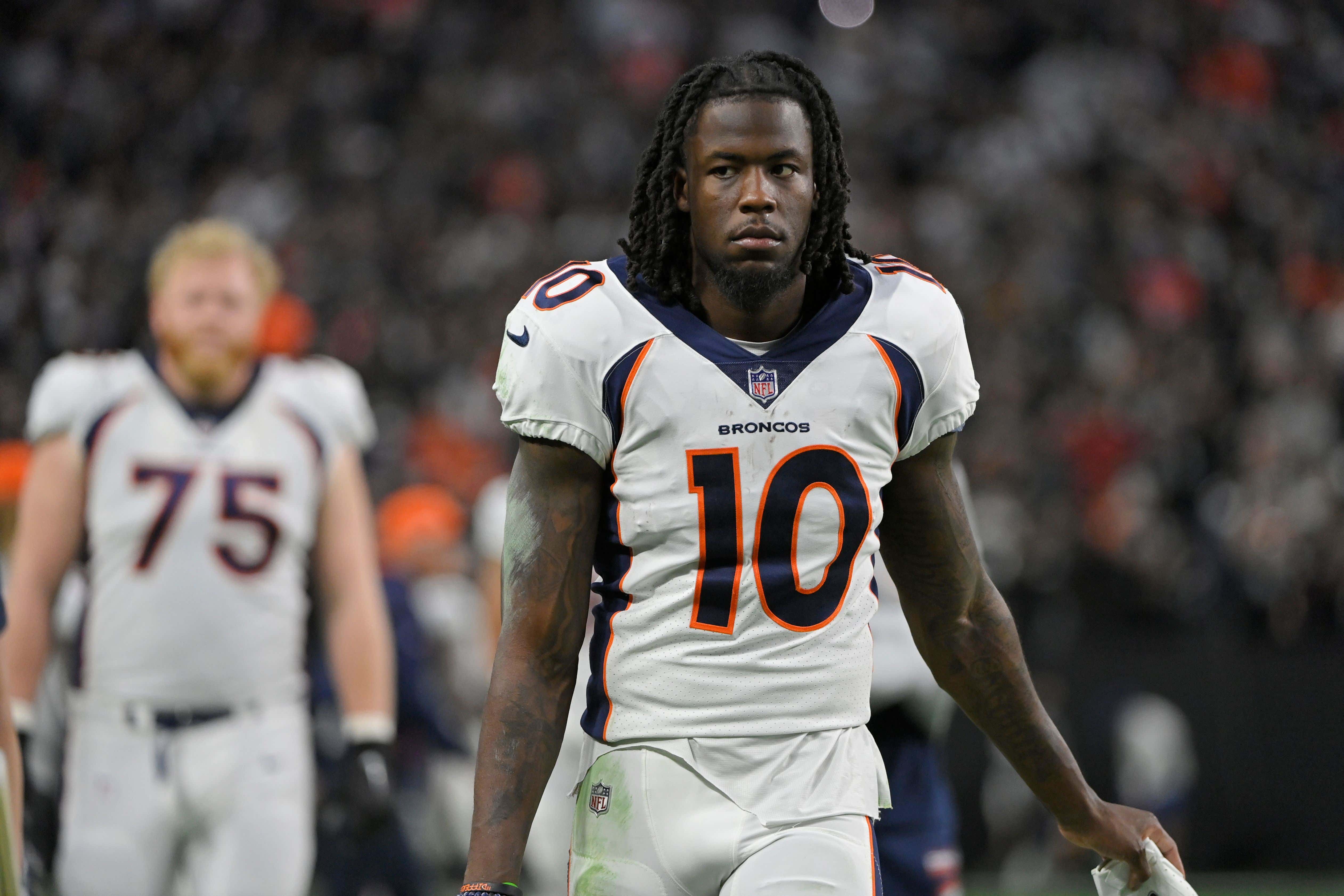 NY Post- Broncos wide receiver Jerry Jeudy was arrested Thursday on a misdemeanor charge after a dispute with his girlfriend at their suburban Denver home and he was being held at the Arapahoe County Jail, which is next to the team’s training complex. According to a police report submitted to the Arapahoe County court, Jeudy’s girlfriend, Antoinette Tharp, told a deputy that “things got crazy” with Jeudy on Wednesday night and he put her wallet and medical paperwork for their infant child in his car at their home so she could not get them.

She said she wanted to go back to Virginia but could not leave without those belongings, telling the deputy she did not want to get Jeudy in “trouble” but just wanted her things back. According to the document, Jeudy admitted to locking some things in his car, including baby formula, because Tharp took one of his three cell phones and would not give it back. Arapahoe County Sheriff Tyler Brown said at a news conference that Jeudy was cooperative during his arrest and that there was no physical violence involved in the incident. He said Jeudy would be held overnight and would appear before a judge Friday morning

Hand up, I've never had three phones in my life. I've had a personal phone since high school, occasionally dabbled with a work phone during the Blackberry Era of cellular technology. But the third phone has escaped me since I never had a reason for one outside of personal and business use. However I know that if my wife found a third phone, she would think I was either doing dirt on it she was not supposed to see or posting on the Barstool subreddit using a burner name.

That being said, you cannot lock anybody's wallet in your car simply because you are upset with them. Being without one of your three phones may make you feel helpless, but being without a wallet makes you feel completely powerless.  No license. No money. No Get Out Of Jail card, which I always make sure to have on me.

However, I may not have a podcast to talk about this anymore, but locking up baby formula is somehow even worse. That shit is expensive as all fuck and sometimes the only way a kid can eat. Being without a phone or wallet ain't got shit on being without baby formula when your newborn is crying its guts out. Then to make matters worse, there is a baby formula shortage gripping this country just like pretty much everything else.

The lesson of this story? Don't have three phones, don't get caught with three phones, or at the very least don't take your partner's shit if they catch you with three phones. Especially anything to do with the happiness of a one month old. I cannot stress that enough.