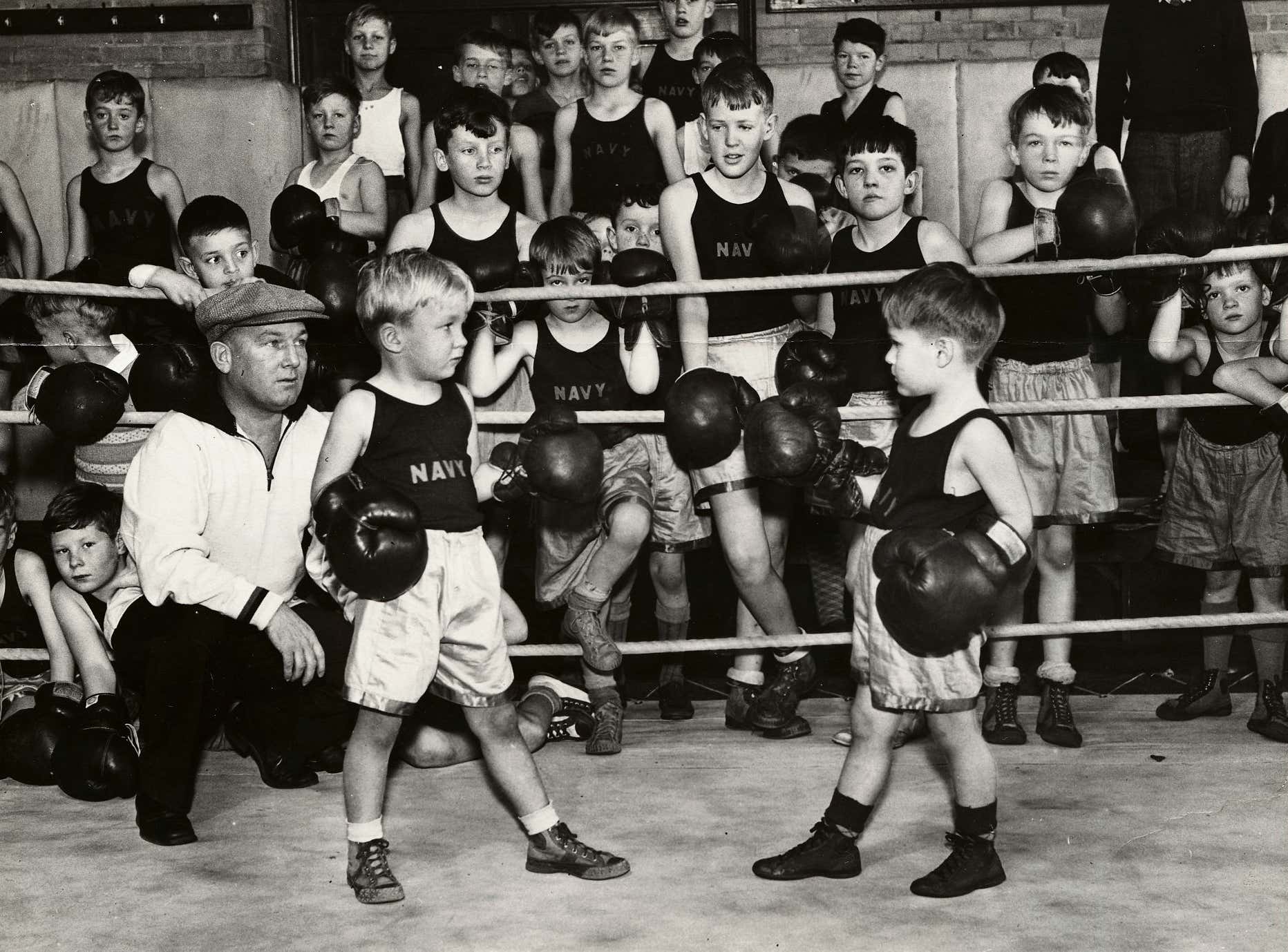 Back in the early '60s, it wasn't uncommon for kids to get in the family car on Sunday with mom and dad and go visiting. There were "Massachusetts Blue Laws" in effect at the time, so all the stores were closed on Sundays, which became the perfect day for visiting. Some of my fondest memories of this were visits to see my father's uncle, who I referred to as my "Uncle Freddy."

Freddy Cohen was the youngest of four children. My father told me he was born premature and came home from the hospital in a shoe box. Even after he was grown, he was the smallest of the three boys in his family, his oldest brother Joe being the tallest at five foot nine. Next in line was Ike, the consummate one-liner, a classy guy, and a real charmer. He had a comical face with a big hawk-like nose, large expressive eyes, and a full head of gray hair that was always lightly gelled. He would just walk right up to you like he was already mid-joke and start telling you one. He's my earliest recollection of standup comedy, and he had a smooth delivery that was always spot-on. As soon as he finished telling a joke, another one started. He'd lean in close when he was ready to move on, look at you deadpan, and say, "I'll talk to you again later…" And then he'd saunter away to find others to prey on.

All three boys were quick to admit my grandmother, Sarah, was the toughest of the four siblings. She and Freddy were only a couple years apart, looked very much alike, and were both vertically challenged, each standing around five foot three. Sarah was highly protective of her younger brother.

When I met my Uncle Freddy, he had to be closing in on 50 something, and by then, most of his hair was gone; there was just a bit of gray remaining above his ears. He and my Auntie Ruthie lived in a third-floor apartment just outside of Boston. My mother and father always told stories about the relatives we were visiting on the way to their house/apartment.

Freddy was a small child, and early on, kids started picking on him, that's when he quickly learned how to defend himself using his fists. Later, he became a boxer and had 15 professional fights. When his boxing career was over, he began wearing a large flesh-colored hearing aid in his right ear, and I was told it was because he'd always been susceptible to left hooks…

Even after his fighting days ended, Freddy stayed in the fight game, becoming a trainer and corner man. When we'd arrive at his third-floor apartment and made our way up the dark, narrow stairwell, Uncle Freddy would be waiting at the door for me with his hands up and he'd say, "Okay, kid, let's see what you got…" I'd let loose a bunch of 5-year-old punches he'd easily catch with his hands. He'd stop me and show me how to throw specific punches; my favorite was the uppercut.

Once the boxing lesson was over, he'd tell me that after throwing a lot of punches, his fighters all needed rubdowns, and then he'd start working my shoulders like I was one of his fighters.

Freddy smoked big fat cigars, and even when he wasn't smoking, he smelled like one. At family gatherings, he'd go outside and light up. I've never smoked cigars myself, but I followed Uncle Freddy around because even as a young kid I loved the smell of a lit cigar.

Freddy and Ruthie made homemade chocolate syrup for all the kids in the family. Every time we visited, we left with a tall bottle full. In those days, at least in my family, everyone had a bottle of Sunsweet unsweetened prune juice in their refrigerator, it's how that generation stayed regular, and if you were a kid and having trouble, they'd make you drink a glass, yuk!

Photo courtesy of Etsy.com (that's the actual bottle they used)

The chocolate syrup was always put in empty prune juice bottles, labels removed. The glass bottles were light green, 9" tall, 4" in diameter, and held 40 ounces. And, there were always small pieces of wax paper over the tops with metal covers screwed tightly on. As much as I hated prune juice, I didn't mind the bottles, provided they were full of Uncle Freddy and Auntie Ruthie's chocolate syrup. It was so much better than the store-bought stuff.

My father had a small clothing manufacturing shop in the Hingham shipyard back in the mid-'60s, and Saturdays, I'd go in with him to sweep the floors between the sewing machines and around the cutting tables, which were always full of remnants. On the way in, we'd stop at Mister Donut and get a dozen assorted donuts for the small crew working overtime, one of whom was my Uncle Freddy. My Uncle Freddy worked as a presser, and when he was working, he always wore a plain white tank top and had an unlit cigar in the corner of his mouth. When I walked by with the broom, he'd always looked at me with a big smile; cigar tucked between his teeth. I couldn't help but smile back…

There were two steam pressers; Freddy operated one, and Sal operated the other. It was the classic tortoise and the hare situation. My Uncle Freddy worked slow and careful while Sal went a mile a minute, and there was always some sweat on his forehead and his dark black hair looked wet and greasy. He wasn't much taller than Uncle Freddy. Years later, when the first Rocky movie was released, I couldn't believe how much Paulie Pennino (Burt Young) looked like Sal. 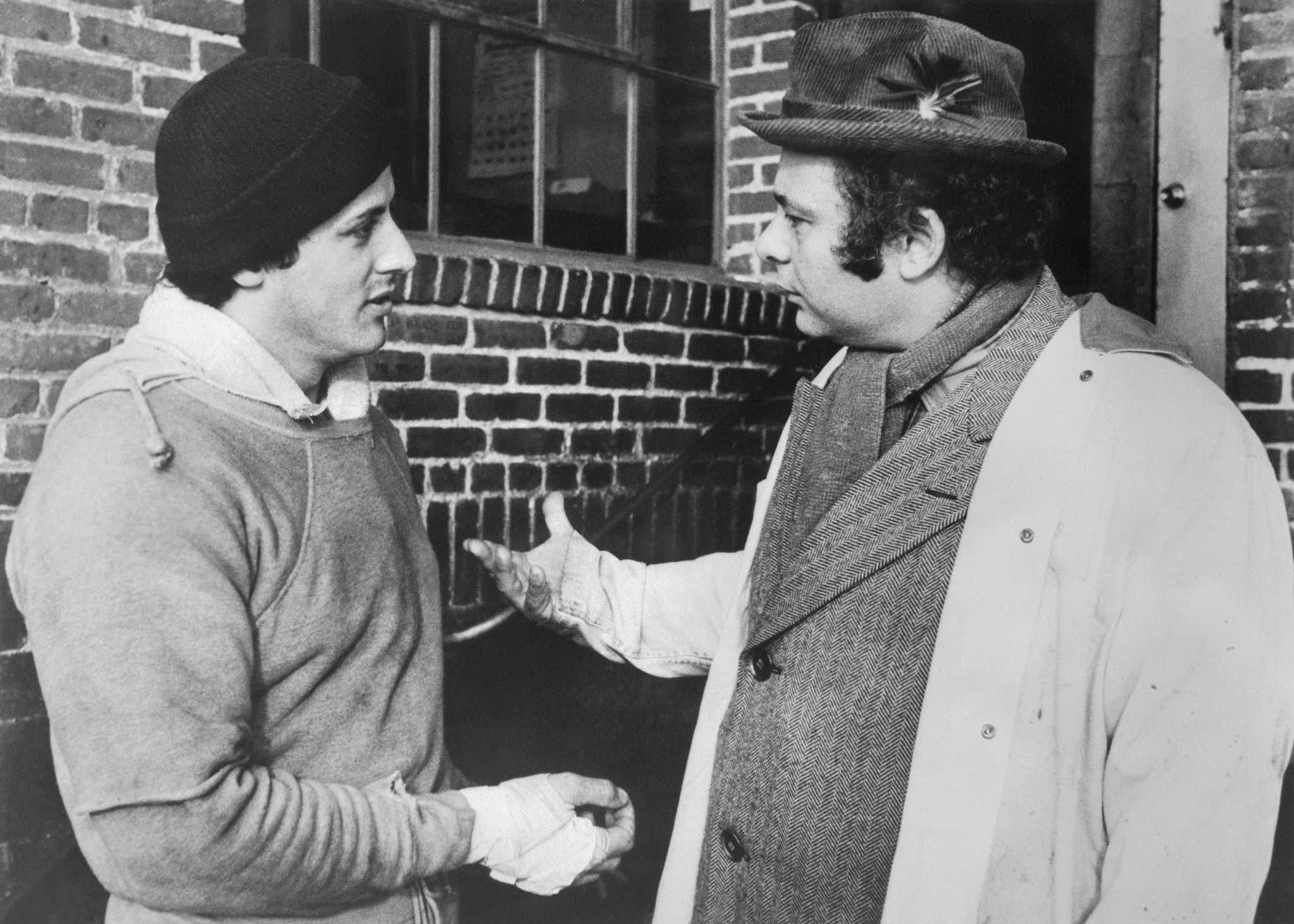 By the end of the day, Sal had pressed close to a third more garments than my uncle, and I asked my father why. He said, "Freddy works carefully, and very few of his garments get sent back to be repressed, but close to a third of Sal's need repressing". All things considered, they ran pretty even, and since it was piecework, they made about the same amount of money. I remember Freddy helping Sal finish up his redos before we closed the shop on Saturdays. My Uncle Freddy was an incredibly kind and generous man.

Freddy had a hard life and died young like many people of that generation. I'm well into my 60s now and I still love chocolate milk, boxing, and anytime I smell a lit cigar, I think of Freddy Cohen, who came home from the hospital in a shoebox, became a prizefighter, and was my great uncle. (Boy, was I lucky!)

* In the comments, let me know who your favorite Uncle is/was?