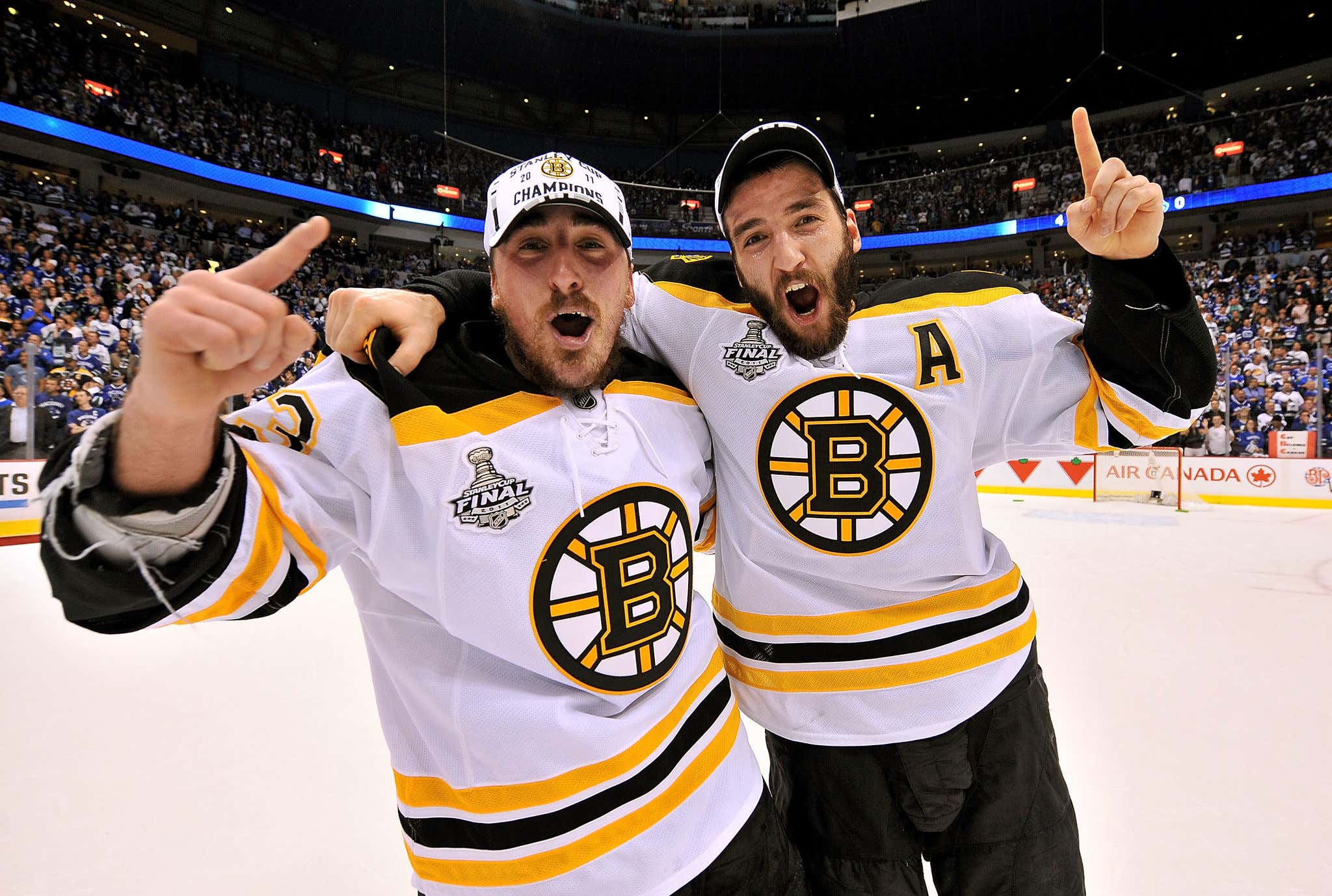 The biggest question surrounding the Boston Bruins heading into this summer was whether or not their heart-and-soul and captain Patrice Bergeron would sign a new deal to return for a 19th NHL season. Even though Bergy just won his record fifth Selke Trophy and is still performing at an elite level, I wondered if he would want to re-up without his wingman Brad Marchand until after Turkey Day, a decimated D corps to start the year, a cupboard straight outta Old Mother Hubbard's crib thanks to his GM, and a coach that he was reportedly "fed up with". Then you factor in the physical toll on Bergeron's body after nearly two-decades of demanding play as well as the emotional toll, not to mention the always-looming threat of another concussion, and it was easy to see the best Bruin of the 21st century deciding to call it a career.

But that train of thought discounts Bergy's love of the game, his fierce loyalty to teammates/the only franchise he's ever known, and his hunger for another Stanley Cup. Leaving the Bruins now, when they need him most, was not an option for Bergeron because Joey Mac reported that the captain will indeed be back for another year.

This is great news for Bruins fans that are still hanging on to the ever-dwindling hope that the Bs can squeeze one more Cup out of the Dynamic Duo that is Bergy & Marchy. It's also terrific news for hockey fans who love to watch the premiere two-way center of the last 20 years. The Herald's Steve Conroy Tweeted that Bergeron is on vacation this week and the tentative plan is to sit down with Don Sweeney next week. Hammering out a reasonable number ($5M-$6M) for the captain shouldn't be an issue.

But what is going to be an issue is how Don Sweeney attempts to make chicken salad out of chicken shit. And make no mistake, this chicken shit is all Don Sweeney's doing. The prospect pool is bleak (ranked #29 out of 32 per The Athletic). The seemingly 'bidding-against-themselves' contracts jump right off the page ($5.5M+ for two-thirds of a fourth line is…less than ideal). And the spectre of the absolutely butchered 2015 draft constantly lingers, reminding all that this Bruins run could've and should've had a longer and more fruitful era of winning.

That's why I was surprised that just Bruce Cassidy got shit-canned and not Don Sweeney as well. Cassidy, after all, didn't build the flawed rosters or miss picks at the drafts or overpay for bottom six depth; he merely squeezed what he could from said rosters to the tune of a Jack Adams Trophy and a SCF appearance. I know the local media was in mourning because Butch made their jobs easier and they enjoyed him. And his replacement may be an inferior coach. But no matter how good of a coach he was here, six seasons is on the high-end of a coach's shelf life in the NHL and there was ample evidence that his message was no longer getting through like it once did. Also, who knows if Bergeron re-ups if Cassisdy is still here?

So if Cassidy was better at his job than Sweeney was at his during the same time-frame, why did only the coach get the ax? And why is Sweeney supposedly getting extended soon even though the team has gotten past the second round just once on his watch and it feels as if the team is gonna fall off a cliff soon?

I really hope they're not doing the 'old boys club' thing that saw the Edmonton Oilers spin their wheels for years while former players mismanaged the roster. And this is where Cam Neely comes in. In today's era of collaboration and group input, I don't know if Sweeney's calls are completely his and his alone or if Neely has to OK certain things, like the next coach they hire. But if Neely does indeed extend Sweeney, he's tying his future fate to his former teammate. (Also, in that same vein, is a Sweeney extension completely Neely's call or does it come from above him?).

This is what the Bruins roster and payroll currently looks like…

Per capfriendly, the Bs have just under $2.4M in cap space before they sign Bergeron. The team can go over the cap after signing Bergeron (and whoever else) because they'll have over $15M on LTIR just from Charlie McAvoy and Marchand. They likely need to sign another veteran forward as well unless some young hoppers surprise at camp.

I have no idea what Sweeney is going to do to fix this flawed roster but he has his work cut out for him. He didn't adequately replace the gaping void left by David Krejci in the middle of the second line. Moving Charlie Coyle up wasn't the long-term solution as the versatile forward is better suited to third line duty. Erik Haula had a nice second half on the second line but is probably not the answer for 2C next season. He'll also need to do some patchwork on the back-end given all of the injuries. Goalie is the one spot where the team is pretty solid for now.