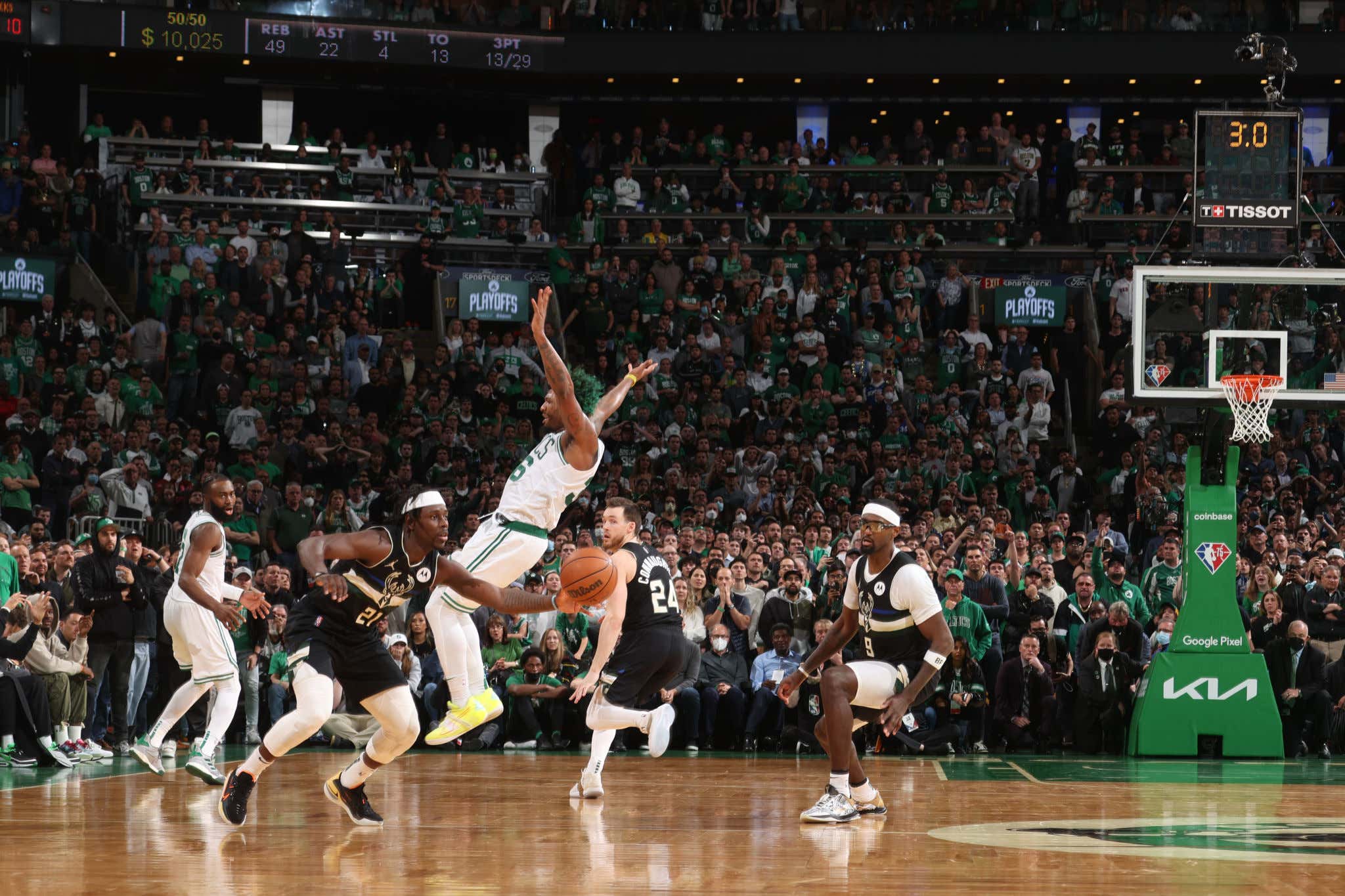 I'm being facetious obviously, but there is something to what I'm saying. I legit don't understand why NBA awards are dedicated to the regular season only. Aren't the playoffs the biggest stage in the sport? Doesn't what you do in the postseason make or break your legacy? Why do the most important games get completely cast aside when we consider who the best players in the sport are from that season? So many questions. No adequate answers.

These are two of the best, cleanest defensive plays you'll ever see. But Holiday isn't one of those high-risk, high-reward defenders who jumps passing lanes with reckless abandon and causes a symphony of whistles to get himself into foul trouble. He is THAT GUY and has been for years, and throughout the 2022 playoffs thus far.

Holiday also shook off a mostly-abysmal shooting performance heading into Game 5 and hit some key shots, including a 3-pointer to tie the score at 105 late in the fourth quarter. He finished Wednesday with 24 points, eight boards, eight assists, and a pair of steals and blocks with only two turnovers and a couple fouls.