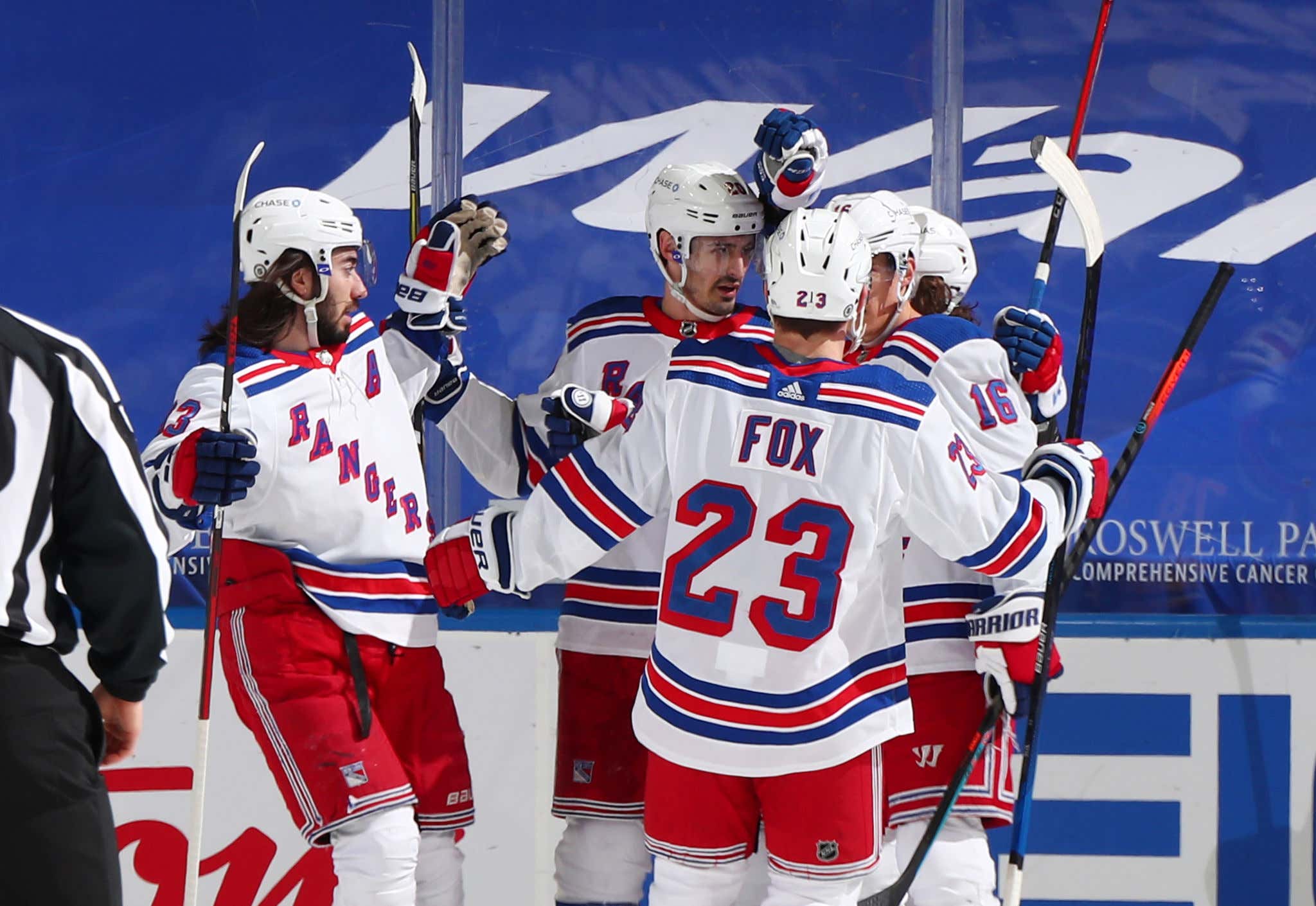 Prior to Game 4 I posted a blog asking for the real NY Rangers to show themselves.

What we saw for a majority of that embarrassment simply can't be them. Can it?

Well even if salvaging the series is a laughable thought at the moment, proving they've got even an ounce of fight in them is crucial for a squad who's just now entering their contention window. Getting waxed by Carolina in the bubble was one thing. Being equally as non-competitive two years later following a monster regular season with a much improved roster would be an ominous sign for their future. A legitimate Cup run was always a pipe dream. Teams have to take their lumps and learn valuable playoff lessons. Although I expected the Blueshirts to advance, I figured even if they lost it'd be a tight series the entire way which they could do just that. There's nothing to be learned though from a dismissal at the hands of a banged-up opponent anchored by a 30 year-old fringe NHLer with a mere 3 games in the crease over the past two seasons.

Although I guess learning your core is soft as baby shit is a lesson. That's what the big name Rangers have to disprove tonight. On the heels of career years across the board, they've all been postseason letdowns. From Zibanejad & Kreider to Panarin to even the infallible Adam Fox there's been way too few positives drowning in a sea of negative. You can include Shesterkin in this list as well but there's not a goalie on the planet with a sliver of hope behind whatever the Blueshirts are pretending to be defense. They've all gotta be better though - a LOT better - unless they've got their tee times already set for tomorrow morning.

And I'm not even talking about production. Yeah they're gonna need that but more importantly, show some fucking resistance. Show some heart. Sell out on a shot block. Don't pass on a single opportunity to be physical in any capacity. Dive on a backcheck. Play outside your comfort zone. Sacrifice. Win or lose there's a level of effort they haven't even scratched the surface of. The kind of effort they've watched cash in against them repeatedly. If it's too little too late that's still better than not showing you're capable at all.

Have some pride. Have some self respect. Protect your house tonight with a complete effort and put the thought into that confident Penguins dressing room that shit, maybe you finally figured it out. Make them wonder if they don't get it done Friday under their own roof will they get it done at all? A seed of doubt can go a long way, but this seed has to be hammered home tonight - with the Rangers top guns wielding the hammers.