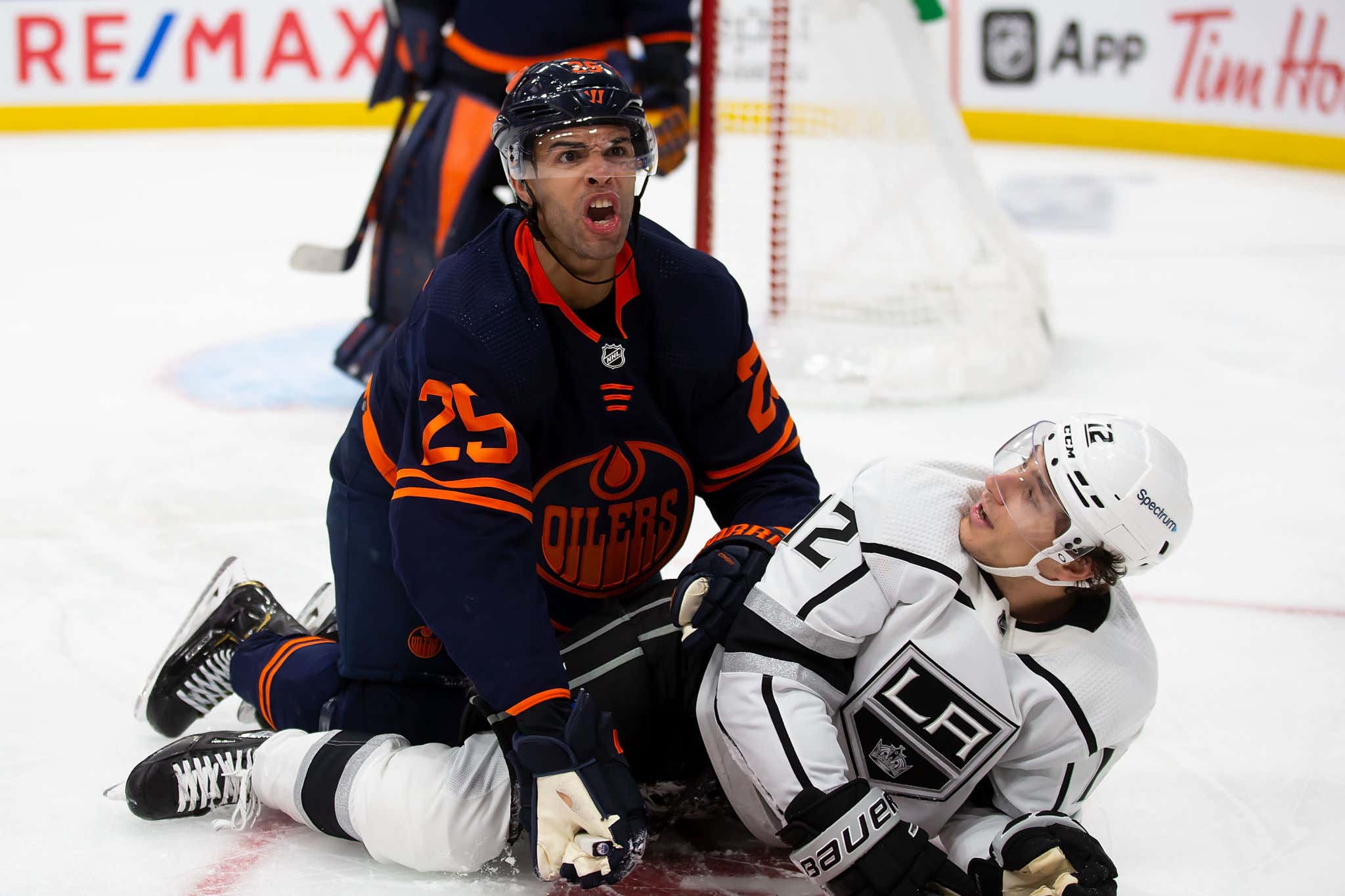 The Edmonton Oilers have 2 of the best 5 offensive players in the world on their roster. Typically that should be enough to get you through to the 2nd round of the playoffs. The only issue is, however, they are absolute dog shit defensively. You can score all the goals you want but if you can't keep them out of your own net? It's going to be a tough go for you. Clearly this realization is weighing heavy on Connor McDavid.

If I were playing defense for the Oilers right now, I'd be sick of it. I'd be done. I wouldn't want to go out there and get my shit kicked around anymore. And that appears to be where Darnell Nurse is at as well. Because it appears as if he's actively trying to get suspended here. First there was the greasy move to take Trevor Moore's feet out right from under him in game 4.

And then last night he decides he needs to step it up a bit to really get the attention of the DoPS. What better way to do that than to head-butt Phil Danault?

The last thing you want to do is be the guy who makes the mistake on the ice which costs Connor McDavid yet another season in the NHL. You don't want to be the guy who blindly throws the puck up the wall and it gets picked off at the top of the circles for a quick goal against. You don't want to be the guy who over skates the puck in the neutral zone and gives up a 2v1 for the Kings the other way which leads to the game winner. The best way to ensure that you don't fuck up in game 6 is to not even get the chance to play in game 6. Darnell Nurse is playing chess while everybody else is…well..playing hockey I guess.

Anyway, the season is on the line with the Oilers down 3-2. The team already sucks defensively and now they just lost their "#1 defenseman". Not officially lost just yet, but there have already been multiple head-butts in the NHL this year which have resulted in 2-game suspensions. I'd be shocked if this doesn't end up being a one-game. Which might just be the only game left for the Oilers this year. Yikes.