Is there something happening with the Orioles? Are they not as bad as we were told they are? Playoffs? Nah, but this team is damn fun to watch right now and have won 3 in a row and 7 of their last 11. It's baby steps people, and yes I'm bragging about a record of 13-17 with a run differential of -14. This team is playing it's ass off with a group of guys who no one thought much of. It's super impressive because the pitching has been LIGHTS OUT this entire season, and remember that it's being done without their ace, John Means. The offense has suddenly found life lead by Cedric Mullins who had 4 hits and a bomb last night, and Austin Hays. Mullins has rebounded the last week and Hays has quietly been one of the better hitters in baseball his month. Of course Trey Mancini is hitting, all he does is hit. They are winning games that they had no business winning, winning games in ways they couldn't last year. I'm not sure what it is but Brandon Hyde's guys are playing some good, inspired baseball. We were told this was the worst team in baseball, they're far from it.

This is a team who will add 2 of the top 10 prospects in all of baseball in just a few weeks, Adley Rutschman will almost certainly be up on Monday vs the Yankees. Grayson Rodriguez is the best pitching prospect and he'll be up soon as well, and then he'll be followed by lefty DL Hall. This team is playing awesome right now, meshing really well, having fun, and oh yeah they're going to add 3 really good guys very soon. Like I said, they won't make a playoff run or anything, but this is going to be a team no one wants to play in the summer. You sleep walk into Camden Yards you may get swept or lose a series, ask the Yankees or Angels or Red Sox. It's also fun to piss on and beat up the Sox, enjoy last place losers. At this stage of their rebuild I think it's perfectly okay for Orioles fans to be excited about this squad. We're at the point where we can kind of see what the Orioles are, a lot of the guys performing well are going to be here for the playoff runs, so it's encouraging to see the prospects come up and perform. With plenty more on the way as well.

Speaking of prospects...Kyle Bradish is a damn DUDE. He came over in the Dylan Bundy trade a few year back and looks to be the real deal. He was the first of the highly touted prospects to come up and has performed pretty well, with a very encouraging start last night in St. Louis. 7 Innings, 4 hits, 2 runs, 0 walks, and 11 Ks. That is a major league box score from Bradish. His off speed and breaking stuff is out of this world, the fastball needs some command work but he makes it work. Just watch his abuse Nolan Arenado above. Bradish is going to be a damn good pitcher for this team.

And it's not just Bradish, it's all the starters. Jordan Lyles has been awesome, Bruce Zimmermann turned into a monster over the off-season and is rocking that 2.67 ERA with 2 wins. Tyler Wells is a gem of a Rule-5 pick, and Spencer Watkins rounds out the rotation that collectively has a 3.75 ERA. I don't know what has gotten into these guys but it's awesome. The bullpen has been fantastic as well, Felix Bautista is 8 feet tall and throws 102. What's not to love?

And the home run chain is to thank for bringing the bats back. Ryan Mountcastle is hitting now, Cedric Mullins has found his old self again, Mancini is finally having some good luck, Anthony Santander cooled off but had 3 hits last night. And this offense is going to get better with Adley next week most likely. The chain has rejuvenated this team and I love it. They're going to play some good baseball, but they will also probably play shitty baseball this season. But right now, on May 11th at 13-17, 2.5 games above the Red Sox, I'll take it. This team is fun. They aren't ready to compete right now, but maybe that window is starting to creep open? I'm drooling thinking about this team with a plethora of top prospects coming up and performing well. It's going to be so over for you hoes. 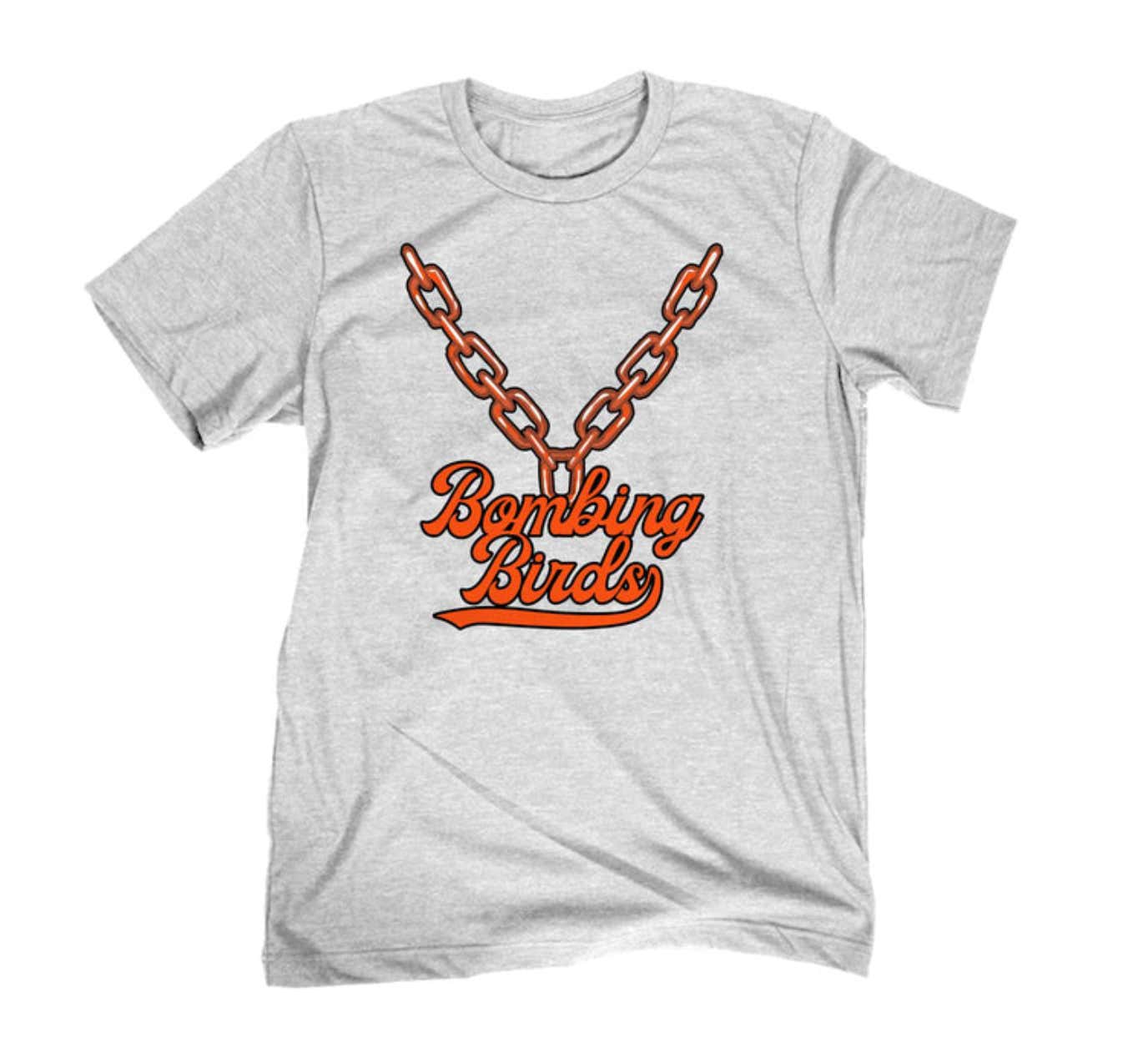 PS. The Home Run Chain t-shirt is here for you to buy. Be like Cedric Mullins and rock the chain!