A man was golfing one cloudy afternoon, and just moments after a thunderstorm moved in he was struck by lightning trying to get off the fairway to find some cover. The paramedics arrived on the scene, but unfortunately, they were unable to resuscitate him…

He was a good man with no sins of consequence, and so he went to Heaven. When he arrived at the Pearly Gates, Saint Peter explained how that single bolt of lightning was actually meant for the man's longtime golf partner and not him…

Saint Peter continued, "God makes very few mistakes and doesn't want them known to anyone, so you'll be allowed to return to Earth and live out your life, but only as someone other than yourself…"

The man thought about it for a while and then surprised Saint Peter when he replied, "I want to return to Earth as an incredibly hot lesbian!"

Saint Peter was at once confused… He asked the man, "Why would a macho guy like yourself choose to return to Earth as 'an incredibly hot lesbian'?"

The man rationalized, “It’s simple really… I'll be able to have great sex with lots of incredibly hot women AND I'll get to hit from the red tees!” 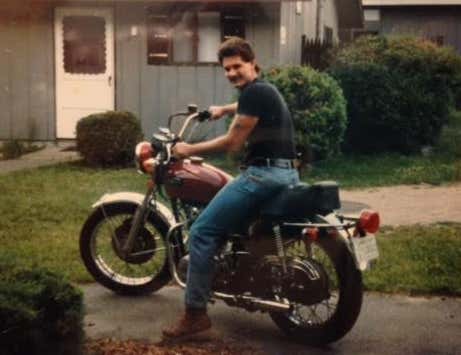 Celebrate the One-Year Anniversary of "Lighten the Fuck Up!" by purchasing an LTFU stretch-fit cap or short-sleeve tee and send a message to the world… (This is LTFU joke #86)