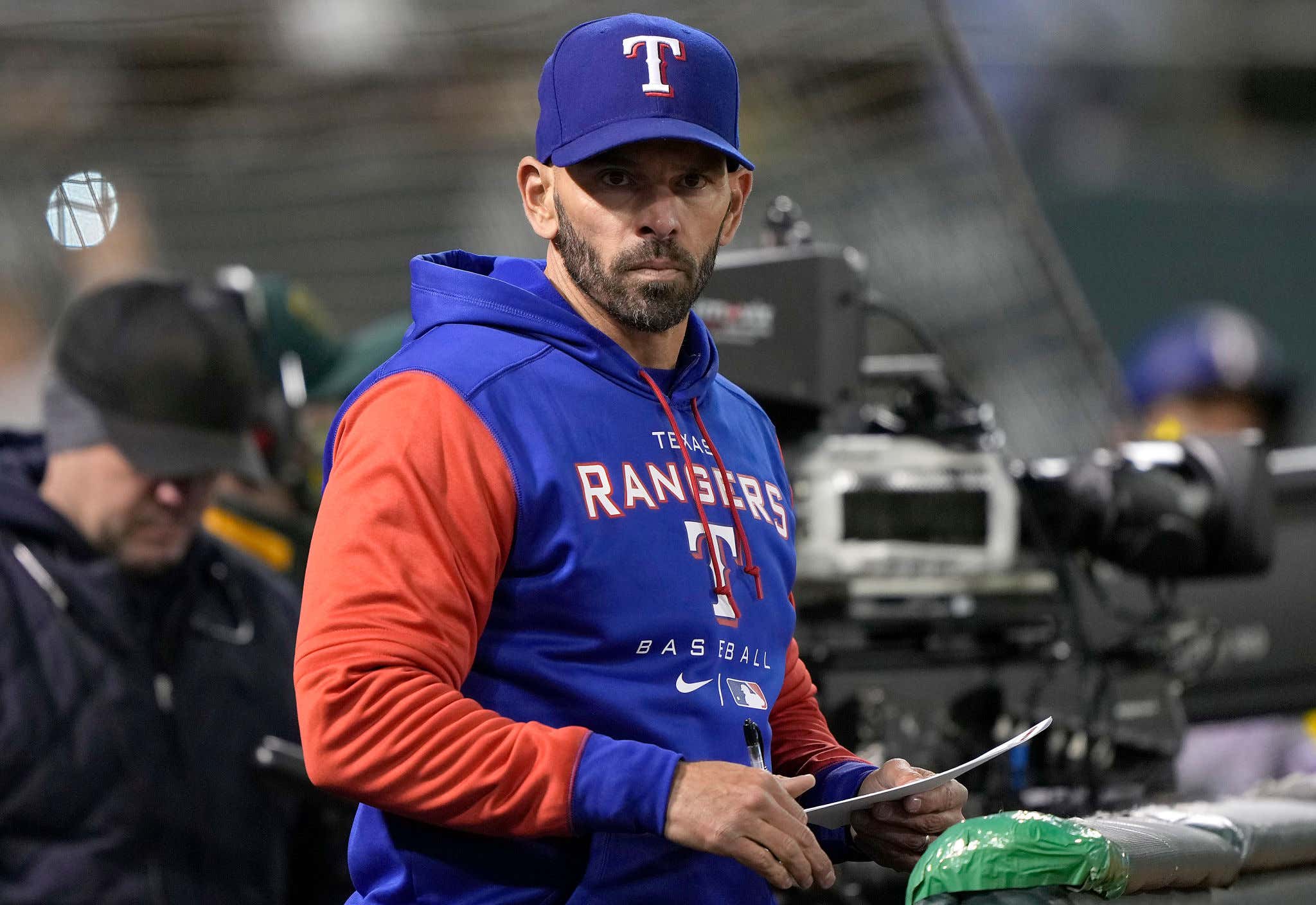 Pictured above is the biggest pussy in all of Major League Baseball, Chris Woodward. Somehow someway this guy is still the manager of the Texas Rangers. You'd think by now the org would realize how big of an incompetent clown this guy is, but I guess not. Remember this is the same dude who cried when Fernando Tatis Jr. hit a grand slam on a 3-0 pitch in a seven run game. Practically called the police on the Padres for hurting their feelings.

Well, he's up to his old tricks again, this time bitching and moaning about Gleyber Torres' walk off homer today in Game 1 of their doubleheader.

Here was Woodward's response to the homer…

Other teams/fans complaining about the Yankees Short Porch in right never makes any sense to me. Both teams have an equal chance to hit a ball over the fence there. It's not like the Yankees hit a button that push right field back 50 feet when the opponent is up, even though I'd fucking love that. But no, the Rangers have the same playing field yet here is this pussy complaining it was an out in 99% of ballparks.

Except that couldn't be further from the truth…

Out in 26 of 30 parks including the one the Rangers play in! It's actually impressive how bad a take this is from Woodward. Also factor in that the Rangers only run of the game came on a Kole Calhoun homer down the right field line that was shorter than Gleyber's.

What an absolute clown Chris Woodward is. Just a laughing stock of a person.

100/10 caption from the Yankees twitter on Giancarlo's homer in the 2nd game.

Surely woulda been an out in the Polo Grounds, how could we take this one seriously.

Oh look at this, a Rangers guy hit a cheapie to right. Woodward's gotta be furious inside