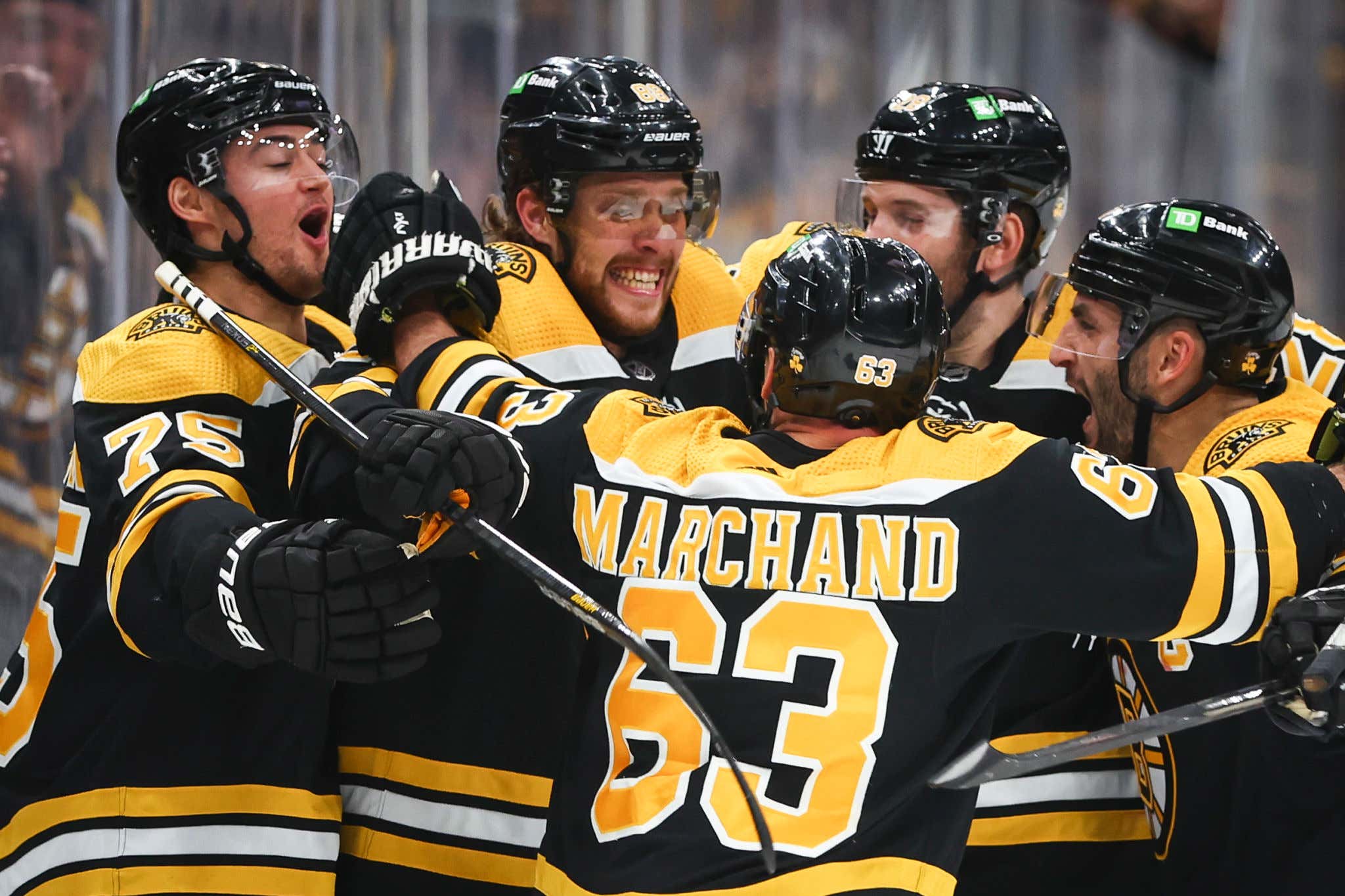 After an expiring PP for Carolina, Brett Pesce opened the scoring with 5:54 left in the 1st. 1-0 Hurricanes.

Patrice Bergeron tied things up shortly after, tucking the puck past Antti Raanta. 1-1.

33 seconds into the 2nd period, Jordan Staal made it 2-1 Hurricanes.

Late in the 2nd, Jake DeBrusk broke through on the PP. Carolina challenged for goalie interference but the goal stood. Puck was loose. 2-2.

Sebastian Aho took a four minute high sticking late in the 2nd setting up the Bruins with a 5 on 3 to begin the 3rd.

Brad Marchand sniped to give the Bruins the lead early in the 3rd. 3-2 Bruins.

Right off a face off Brad Marchand fed David Pastrnak who extended the Bruins lead to 2. Incredible play. 4-2 Bruins.

Brad Marchand sealed the deal with an ENG with 34 seconds left in the game.

- Charlie McAvoy was out tonight (COVID protocol), so the Bruins were without their #1 and #2 D. Hampus Lindholm did skate this morning and is a possibility for Tuesday night. No word on if McAvoy would be available for Game 5. Josh Brown slid into the lineup, skating alongside Mike Reilly on the 3rd pairing.

- Derek Stepan entered the lineup for Jordan Martinook who suffered a LBI in Game 3.

- Carolina took 6 penalties in the 2nd (and 9 total in the game), Bruins finally cashed in with Jake DeBrusk coming up with his 1st of the playoffs. Then Brad Marchand scored early in the 3rd on the 5 on 3. Nice to finally cash in after having so many opportunities. Undisciplined game from Carolina.

- Carolina came into the postseason with the top ranked penalty kill, but gave up 5 power play goals in the last 2 games.

- Reuniting the top line has been the difference maker the last two games. They showed up and brought the B's right back in the series. Marchand, Bergeron and Pastrnak all with goals today (10 points combined). Casual 5 point night for Brad Marchand (2G, 3A). 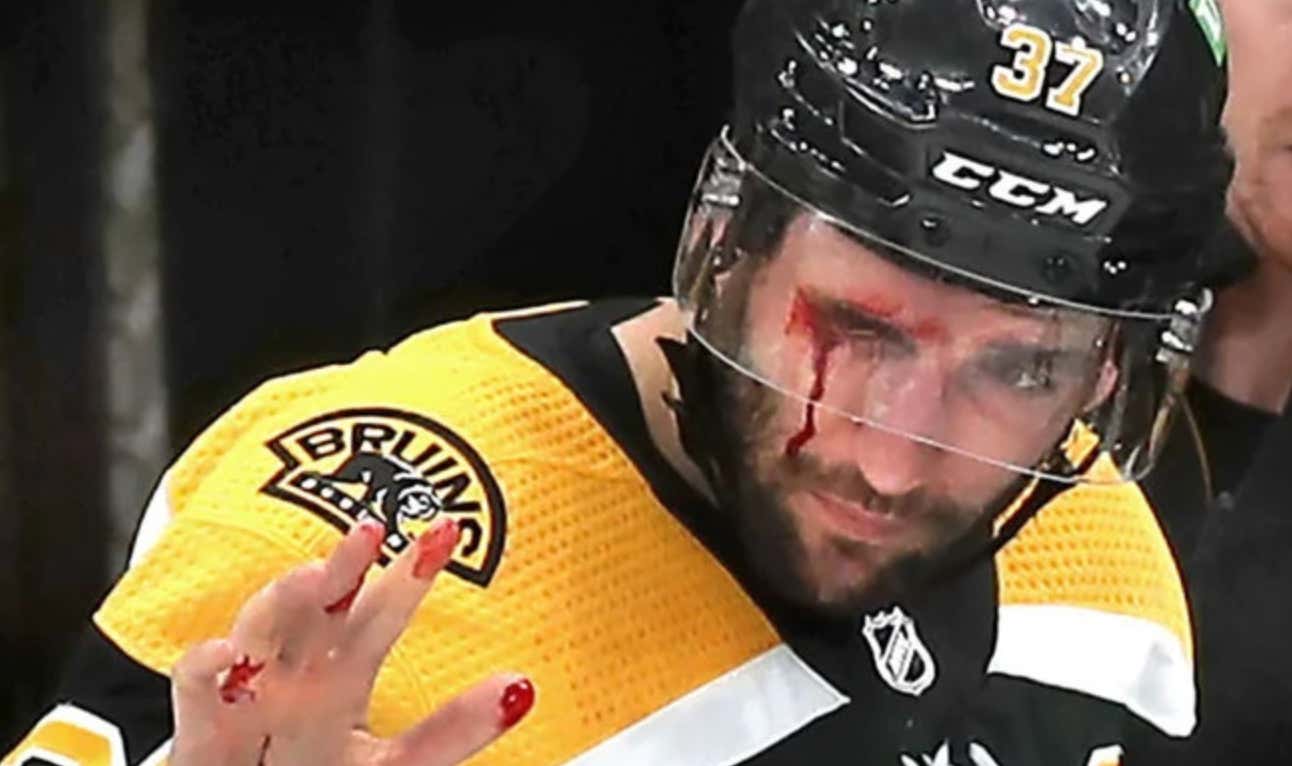 - I would die for Patrice Bergeron.

- Talked about it in my preview blog but Brett Pesce is severely underrated in the league. Probably Carolina's only bright spot today.

- Marchand vs. Tony DeAngelo after the 1st period expired…

- Tony DeAngelo then went on to take a dumb high sticking penalty on Curtis Lazar in the 3rd, lost his composure. TD Garden would boo him the rest of the way.

- Really liked Jake DeBrusk's game today, feet were moving, got a greasy goal on the PP. Nice to see him producing after being moved off the top line.

- Antti Raanta got the start in net for the Hurricanes. I think they'll stick with him in Game 5.

- Jeremy Swayman made his 2nd ever playoff start. Made some big saves to keep the B's in it. None bigger than this toe save on Seth Jarvis.

What a gutsy fucking win. Down your top two defensemen in a must win game. The leaders came to play and led the way. Whole new series. Back to Raleigh we go for a pivotal Game 5.